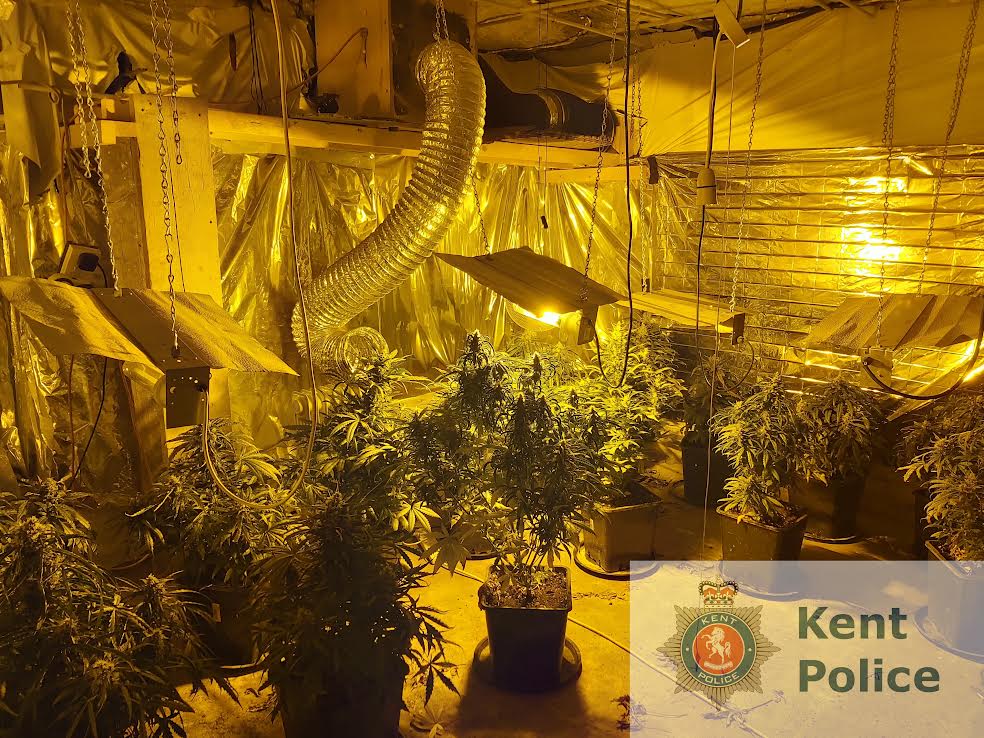 An arrest has been made after a cannabis cultivation was found at a Margate property.

Following concerns of suspected drug use in Northdown Road, Cliftonville, reported to Kent Police, officers from the Thanet Multi-Agency Task Force attended a property during the morning of Thursday 9 September 2021.

A cultivation made up of between 15 and 20 mature cannabis plants was found and dismantled, along with cultivation equipment which was also seized.

A 57-year-old man from Margate has been arrested on suspicion of cultivating cannabis and taken into custody while enquiries continue.

Sergeant Karl Rimmer from the Task Force said: ‘We appreciate how detrimental it can be to people’s wellbeing when illegal drug activity is taking place in their neighbourhood.

‘Anyone with concerns regarding criminal or anti-social behaviour is encouraged to report it to Kent Police, either by dialling 101, or 999 if a crime is in progress, or by visiting our website.’