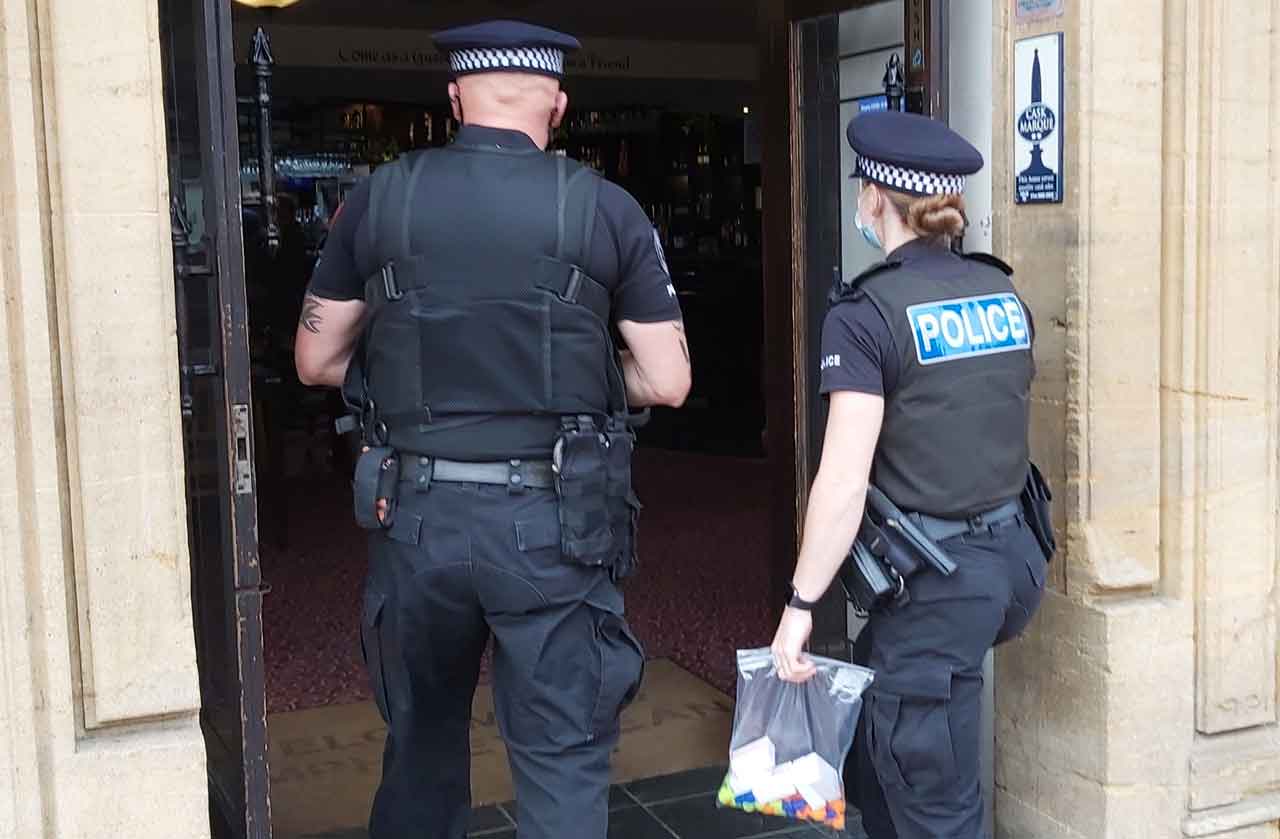 Pubs and bars in Tonbridge are being visited by police as part an initiative aimed at promoting women’s safety.

Officers are assisting licensees with measures they can take to safeguard both customers and staff and prevent issues including drink spiking.

Premises throughout the town have been given Spikeys to distribute to drinkers. The devices fit inside the neck of a bottle and leave room for a straw and prevent a drink being tampered with.

Inspector Lizzie Jones, of the Tonbridge and Malling Community Safety Unit, said: ‘The vast majority of women enjoy the nightlife in towns such as Tonbridge without incident and we remain committed to doing everything we can to keep it that way.‘There are no specific premises with an issue around drink spiking, which remains extremely rare. However, it can happen and tampering with someone’s drink can make a person vulnerable and a victim of other crimes including sexual assault and theft.’

Patrols are also engaging with businesses in areas surrounding Tonbridge, ensuring employees are familiar with the Ask for Angela initiative which enables people to discreetly ask bar staff for help if they feel they are in danger.

Ask for Angela can be used for those who do not feel safe with the person they are with, such as an abusive partner, or if they are on a first date with someone who is not who they previously claimed to be. Bar staff will know the person needs help and provide discreet assistance, which may include notifying police.

Officers are also providing personal alarms to female members of staff working at late night venues, and who may feel vulnerable if they have to walk home late at night.

Inspector Jones added: ‘The work we do with our partners, pubs and restaurants and at busy transports hubs such as the train station, remains key to ensuring women can feel confident and safe when they are out, without the fear of becoming victims of crime.’