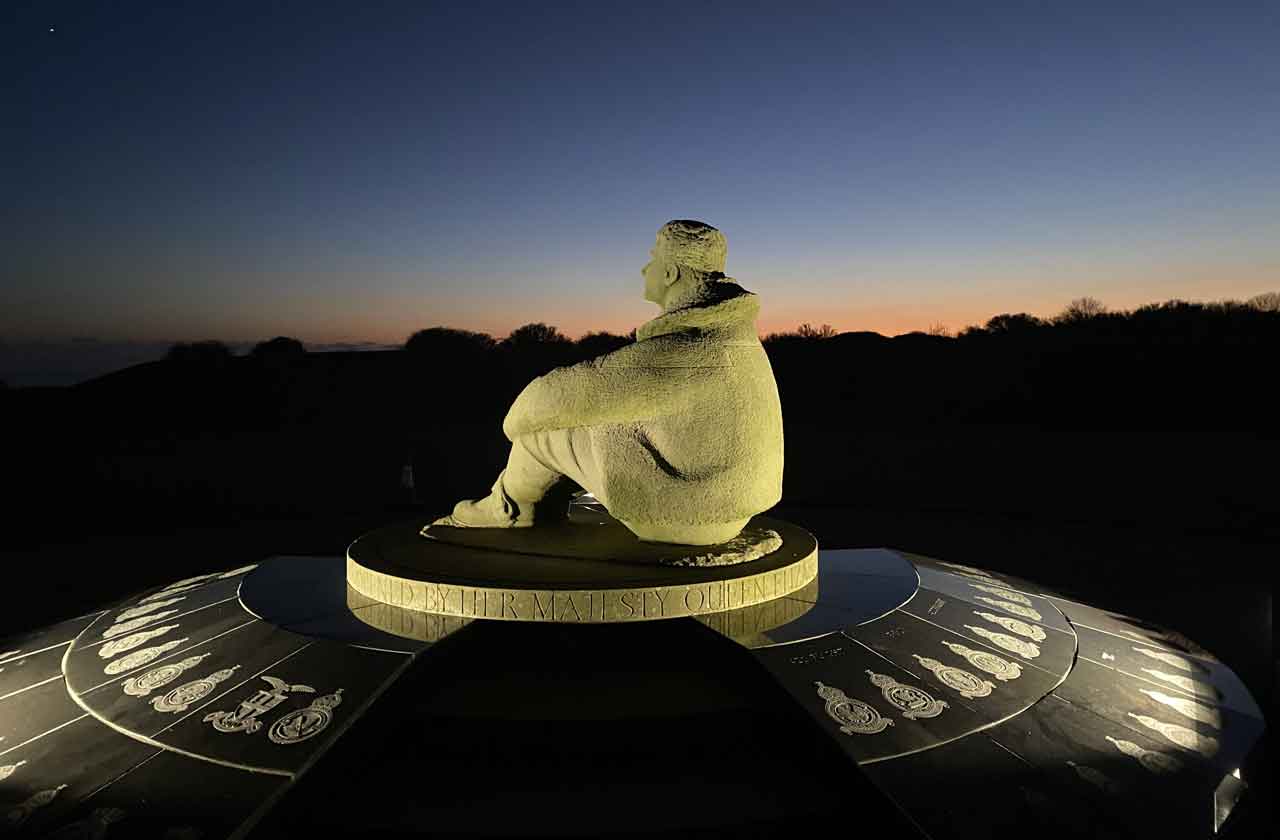 A Kent Battle of Britain charity has thrown a ‘thank you party’ for supporters who turned a potentially disastrous year into one that saw numerous exciting improvements at its popular clifftop home.

The Battle of Britain Memorial Trust’s plans to commemorate the 80th anniversary of the Battle during 2020 were thrown into turmoil by the Covid-19 pandemic, which also meant the charity suddenly had no income from visitors.

Despite visitor cash drying up overnight, generous supporters contributed to an 80th anniversary appeal and helped the Trust carry out a range of improvements at the site, including installing new entrance gates and floodlighting the site’s main features.

The charity took advantage of the furlough scheme and available government grants, but was kept afloat by a fund-raising campaign that was supported by video appeals by well-known celebrities and raised an impressive £80,000 to replace income normally generated by visitors to The Scramble Experience, shop and café.

To say ‘thank you’ to the many people who supported the Memorial and made 2020 an unexpectedly successful year, those who played their part enjoyed an evening reception at the Memorial, which sits on the white cliffs at Capel-le-Ferne, between Dover and Folkestone.

Volunteers and staff joined fund-raisers, donors and supporters at the event, where they were thanked by Trust chairman Richard Hunting CBE, who commented: “Given the impact of the pandemic, 2020 could have been a millstone year – instead it turned into a milestone year thanks to the hard work and generosity of so many people.

“The Trust receives no public funding and so this tribute to the Few, the men who won the Battle of Britain in 1940, relies on donations, people visiting The Scramble Experience in The Wing and shop and café sales for its existence.

“When that source of cash dried up we had to look elsewhere – and our staff, supporters and volunteers worked incredibly hard to ensure that we didn’t just survive the crisis but emerged from it stronger, with new and better features and facilities.”

The evening included the unveiling of the Graydon Gates, named in honour of the support provided over the years by the former President of the Trust Air Chief Marshal Sir Michael Graydon GCB, CBE. The gates used to stand at RAF Biggin Hill and were renovated using funds donated to a special 80th anniversary appeal.

As dusk fell, guests were also able to enjoy the sight of the gates, the National Memorial to the Few, the Christopher Foxley-Norris Memorial Wall and other features of the site illuminated by floodlighting funded by businessman Alastair Kerr.

Improvements inside The Wing, the site’s impressive visitor centre, were also carried out during the year, thanks to a generous donation from members of Kent County Council. The funding has been used to update the projectors in The Scramble Experience, while the 80th anniversary appeal was used to provide blackout screens and improve the acoustics in the Geoffrey Page Centre so that it can be used for film screenings.

Mr Hunting also thanked a team of supporters who came to the rescue of the site’s two replica aircraft when they were damaged by strong winds earlier in the year.

He told guests: “Dave Brocklehurst, from the nearby Kent Battle of Britain Museum at Hawkinge, rounded up a talented team of technical experts to put the Spitfire and Hurricane back on newly mended undercarriage. They did a brilliant job and saved us a great deal of money, for which we are grateful.”

Contractors working on Junction 10a on the M20 were also thanked for their help in installing a brown tourist sign on the motorway at no cost to the Trust, something Mr Hunting said had helped to increase visitor numbers during the summer that followed.