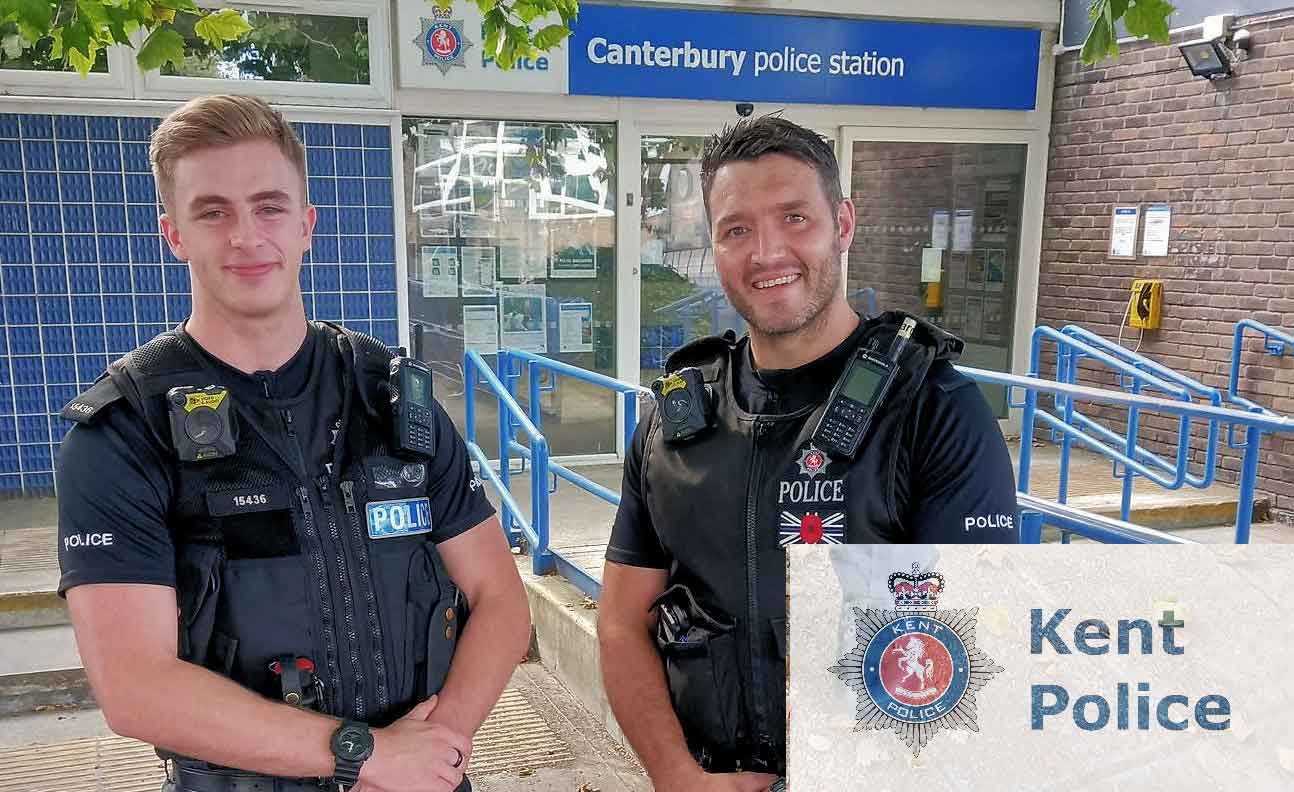 A police officer who evacuated residents from a burning block of flats has been commended by a judge.

Andrea Harte, who had set light to her flat, was removed from the building before PC Fulford returned to evacuate three other residents.

Harte, 60, was jailed for three years at Canterbury Crown Court on Tuesday 7 September 2021 after admitting arson at a previous hearing.

His Honour Judge Weekes praised the actions of both officers on the day of the fire and gave a judicial commendation to PC Fulford.

The two officers were on patrol in the Canterbury area when they were called to the block of flats shortly before 11pm.

After arriving at the scene, they gained entry to the building and realised Harte had set fire to her property using an accelerant.

Harte was removed from the building and she was later arrested. PC Fulford meanwhile ran upstairs and banged on the doors to wake and evacuate other residents.

At one point he became short of breath, so went downstairs before returning upstairs to force entry to a flat where no one had responded and take a man to safety.

He then returned to another flat whose occupant had yet to leave and help her and her dog to get out of the building.

Kent Fire and Rescue Service arrived at the scene and extinguished the fire and PC Fulford was checked over by medical staff at a local hospital due to concerns over smoke inhalation.

Canterbury District Commander Chief Inspector Mark Hedges said: ‘Police officers’ first concern is always the preservation of life and these two officers did exactly that on the night of this arson.

‘PC Fulford showed great bravery in returning to the upper floor to ensure everyone was out of the building and his actions ensured this was not a far more serious incident.

‘The response to this call underlines my pride in my officers and illustrates the courage and professionalism they show every day while attending often dangerous and unpredictable situations.’