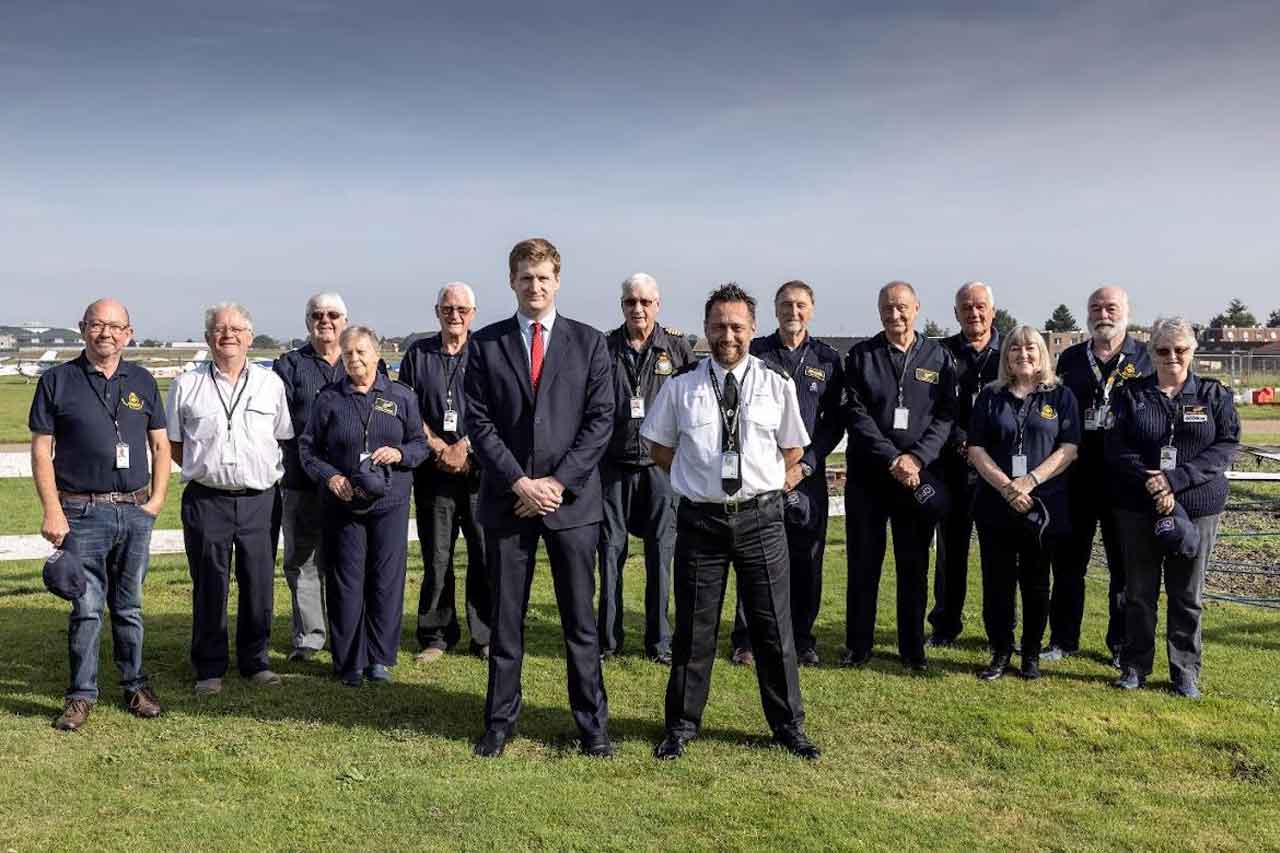 Helicopter and light aircraft pilots will be Kent Police’s eyes in the sky after a new Community Policing Volunteer (CPV) role took off this week.

Aviation CPVs will patrol the skies above the county and report back on what they see. This could be in relation to a variety of incidents on the ground including a search for a missing person, a traffic issue or helping to perform other specific functions in relation to a pre-planned operation.

The first recruits celebrated the launch of the new scheme at a passing-out ceremony held at Rochester Airport on Tuesday 21 September 2021, which was also attended by Superintendent Jason Wenlock, Head of Kent Police’s Citizens in Policing Department, and the Kent Police and Crime Commissioner Matthew Scott.

‘We benefit so much from the many public-spirited individuals who give up their free time to support their police colleagues and help keep the people of Kent safe.

‘Our CPV programme offers more roles than any other police force in the UK including those designed for volunteers who have their own horses, live by the coast, have a passion for protecting dogs or own a 4×4 vehicle. The Aviation CPV role is for those talented individuals who have access to a light aircraft or helicopter, and which will add real value to our day-to-day police work.

‘I would like to thank everyone who volunteers with Kent Police, including those pilots who took part in their passing-out parade this week. They are all a credit to the force and their fantastic contributions are immeasurable.’

Candidate pilots must hold a private or commercial pilot licence appropriate to the type of aircraft they will fly – whether Group A, microlight, gyrocopter, helicopter or Group B.

If you are not a qualified pilot you can still sign up by acting as an observer, partnering a CPV pilot and helping them to monitor incidents from the air.