Recognition for Glyn’s exemplary work against crime in Ashford 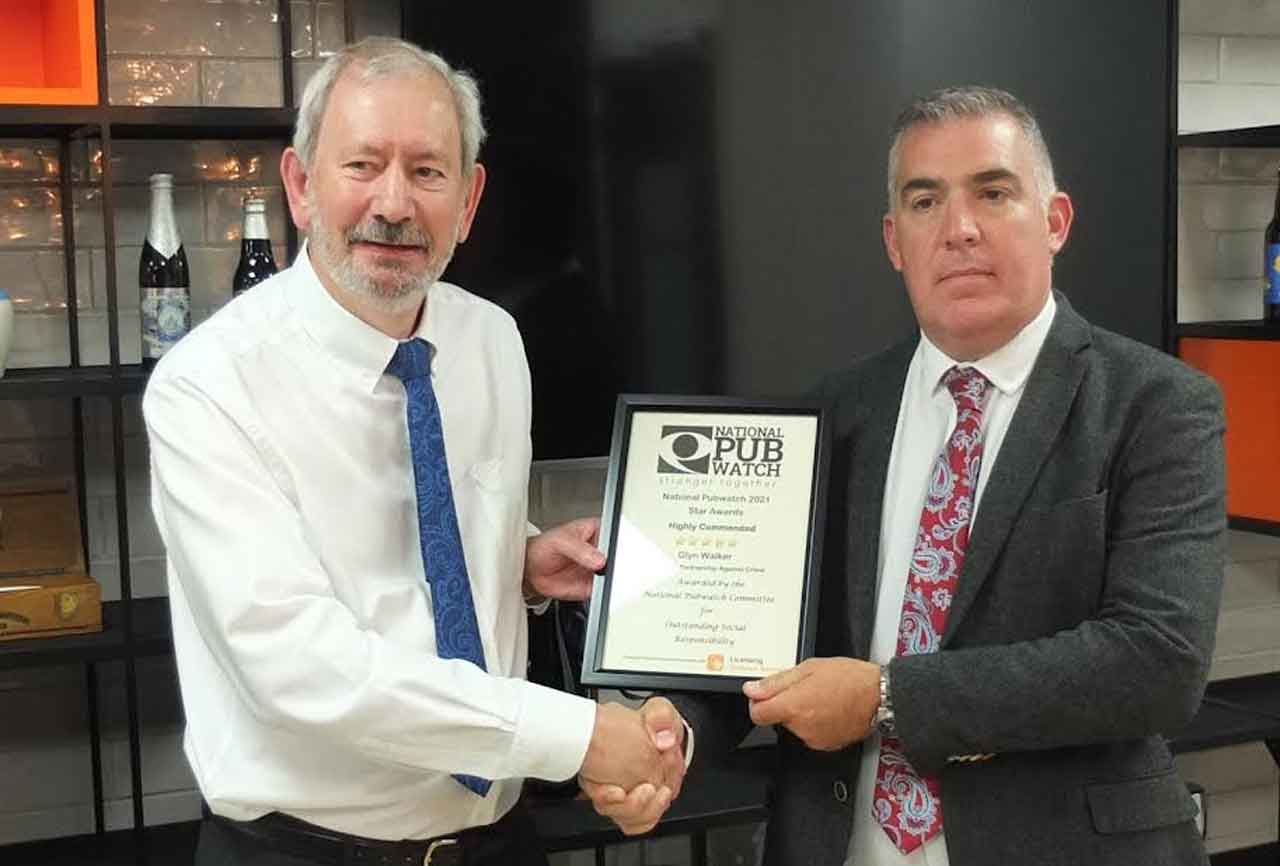 Ashford Borough Council is congratulating Glyn Walker, Scheme Manager at Ashford Partnership Against Crime (APAC) who has just received an award for his exemplary work against crime.

Glyn was individually recognised by National Pubwatch at their meeting on 15 September, held at the British Beer and Pub Association in London, for his outstanding contribution to the Ashford PubWatch scheme.

In the short time in which he has been in post, and with the support of the partnership’s board, Glyn has reinvigorated the local PubWatch scheme and secured funding from Ashford Borough Council (ABC) to replace the dated analogue radio network that links licensed premises to each other and ABC’s CCTV control room with a new advanced digital network.

His drive to continually improve upon the partnership’s aim of reducing crime has also seen him work to extend the Pubwatch and StoreNet schemes into Tenterden, which is hoped to come online soon. He also coordinated the distribution of trauma packs, provided night-time premises with equipment such a knife wands and otherwise strived to advance the aims of the partnership for the benefit of business and residents alike.

Cllr Peter Feacey, Portfolio Holder for Community Safety and Wellbeing, said: “Glyn was the driving force behind upgrading the town centre radio network and we knew our funding for this project was in good hands.

“I’m so pleased that he has received national recognition for his outstanding achievements and his personal contribution towards making our town centres an even safer and welcoming place for all.”

Detective Inspector Simon Johnson, of Ashford Community Safety Unit, said: ‘The APAC scheme is a great example of police working together with the local council, businesses and the community to ensure the most effective response to crime and anti-social behaviour.

‘It is right that Glyn’s achievements have been recognised and I look forward to our continued work with APAC, keeping Ashford the safe and pleasant place it is to live and work.’