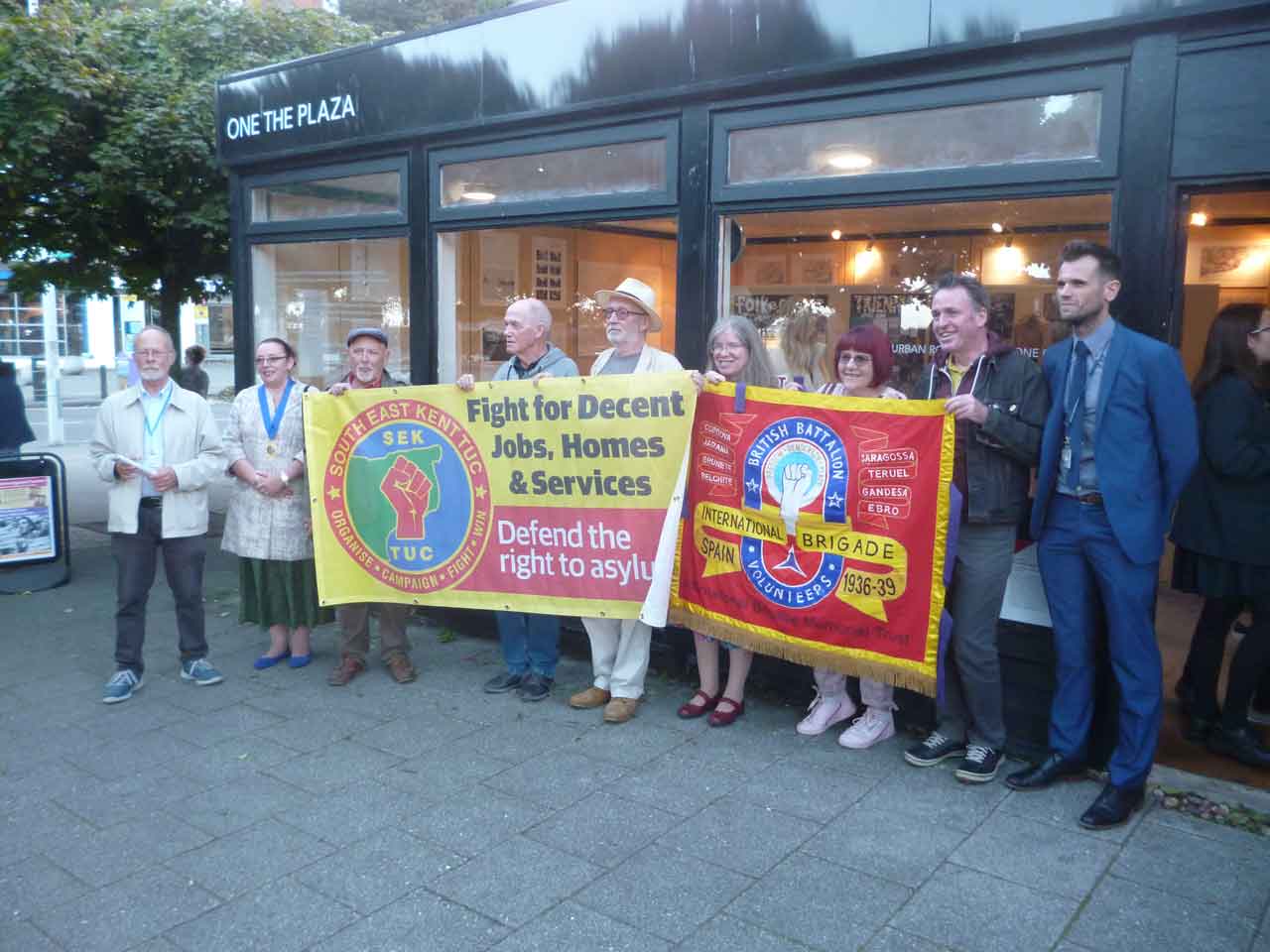 A small but highly informative and interesting exhibition has opened in Folkestone, at the Urban Room, Tram Road carpark, which features project work by students of Dover Grammar School for Girls, led by their teacher Tom Millard, on local people who volunteered during the Spanish Civil War.

The exhibition features several story boards, artefacts, pictures and a video screening based on the work of the students who have researched all those from across Kent who went to Spain during the period.

Three who came from the Folkestone and Dover areas, are Harry Addley, Arthur ‘Babs’ Ovenden and George Gorman.

Mr Addley and Mr Ovenden ran fish and chip shops at the time in Tontine Street and Snargate Street in Dover. Neither were young men, both being in their 40s, and had served in WW1. Little is currently known though on Mr Gorman.

Folkestone’s involvement with the International Brigades, as they were known, features prominently in a book published after the war by Esmond Romilly called ‘Bloody Boadilla’. Romilly was married to Jessica Mitford, one of the famous or infamous sisters, and his uncle was Winston Churchill.

From this work, national newspapers and local ones of the time about not only wrote about the war but fascism in Folkestone.

The exhibition has been put together with great diligence. There is a brigade flag amid the storyboards along with, central to the exhibition, a quite lovely a small memorial sculpture by the students. These, plus on a nearby plinth Mr Addley’s actual jacket is suitably adorned, along with a ‘mural’ of the now lost fish shop building hanging close by.

There is much of interest and intrigue to be seen at the exhibition which highlights this today little known war. Indeed it is largely forgotten about today but rightly deserves to be much better known.

It is backed by the South East Kent Trades Union Council and the International Brigades Memorial Trust.