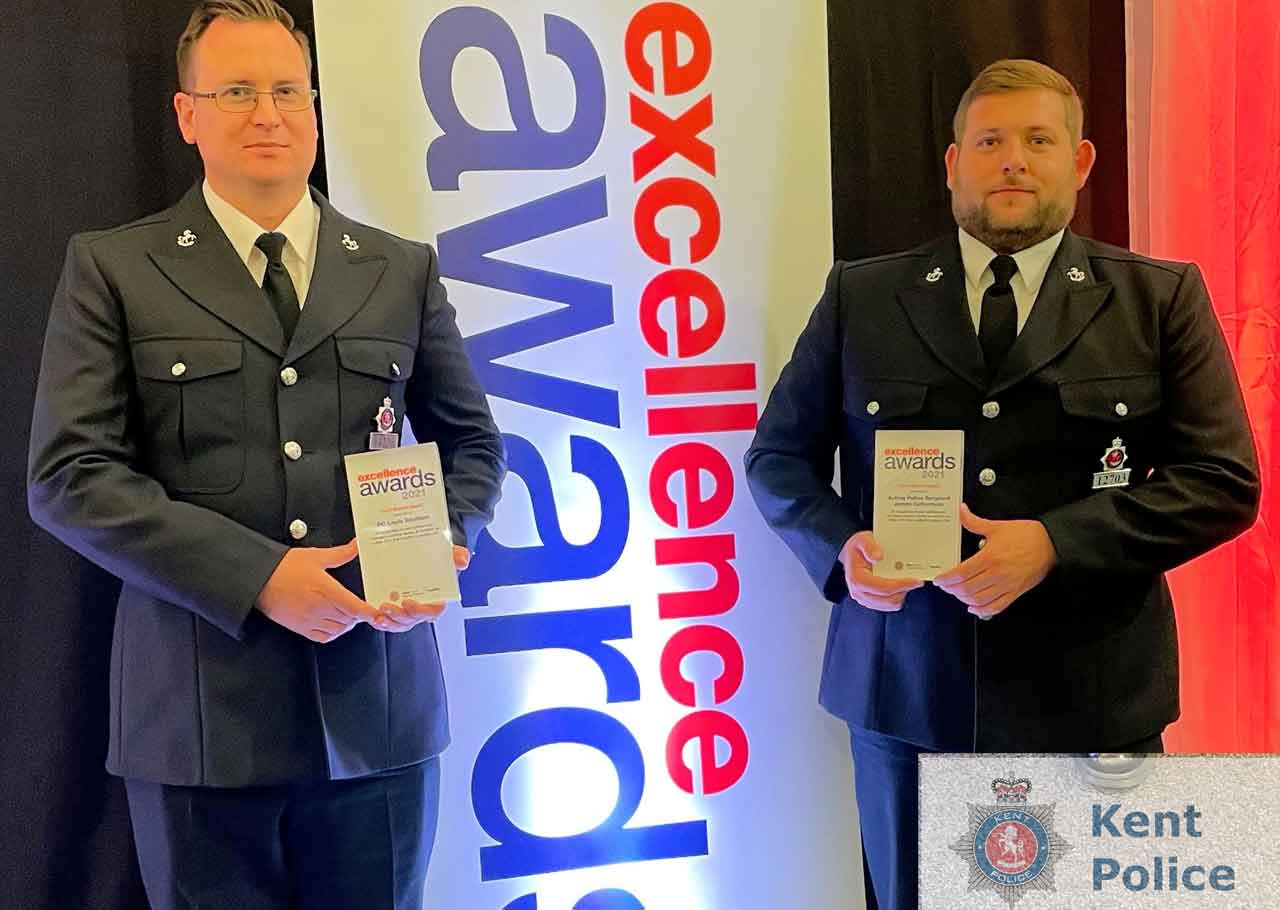 Two brave police officers who saved an arsonist from a burning building have received an award from Kent Fire and Rescue Service (KFRS).

Sergeant James Cattermole and PC Louis Southon worked together to get the man out of a property near Folkestone during a fire in May 2021.

On Friday 1 September, the two officers were presented with the KFRS Act of Bravery Award at a ceremony at the Kent Showground.

The award, which was presented by KFRS Chief Executive Ann Millington, was in recognition of their life-saving actions on the day of the fire.

Ms Millington said: ‘Acting Police Sergeant James Cattermole and PC Louis Southon demonstrated a clear priority towards their casualty, despite the initial threat and circumstances, and the effects of smoke inhalation. They are very deserving of the KFRS Act of Bravery Award, and we thank them for their service.’

Sergeant Cattermole said: ‘It was a real honour for PC Southon and I to be recognised for our response to this incident, alongside our brave colleagues from Kent Fire and Rescue Service, and shows the strong working partnership between our two organisations.’

The two officers had been called to the Swan Lane area of Sellindge at 12.40am on Monday 3 May following concerns a man was threatening to injure himself.

The property was locked and the officers attempted to speak to the man through a window to check on his welfare. But he refused to engage and shouted abuse before starting a fire in the property’s living room.

Sergeant Cattermole then smashed a window, climbed through and dragged the man to the building’s back door, which was locked.

With the building filling with smoke, PC Southon then smashed the window of the back door and the two officers managed to get the man out of the building.

Further officers and a team from Kent Fire and Rescue Service then arrived at the scene and an evacuation of neighbouring properties was carried out while the fire was extinguished.

Extensive fire damage was caused to the property, but no one was seriously injured.

The man who had set fire to the building was jailed for four years at a court hearing in July.