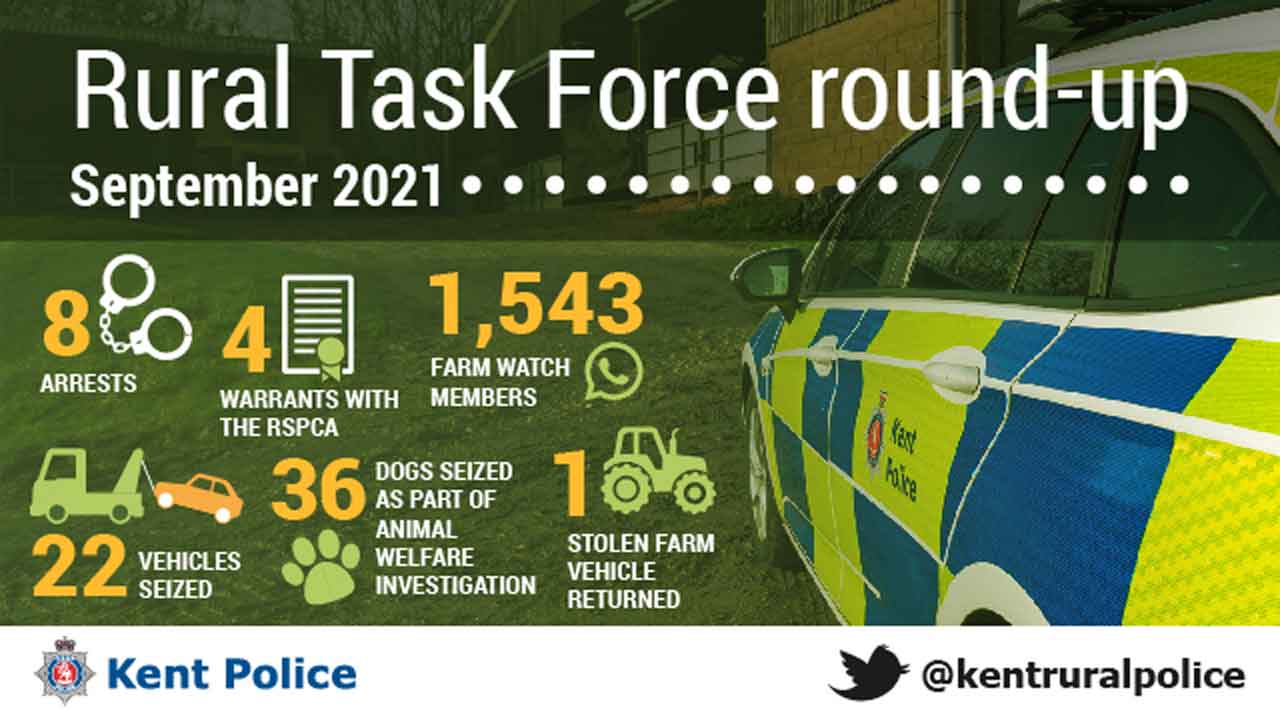 A joint animal welfare warrant with the RSPCA led to officers from the Rural Task Force seizing 36 dogs in September.

Assisted by officers from the Rural Task Force Special Constabulary the team conducted the search on Wednesday 22 September 2021 at a property in Meopham, near Gravesend. They also seized three cats and £10,000 under the Proceeds of Crime Act. The RSPCA will now take the lead in the investigation and any potential prosecutions that result.

During September the rural officers made eight arrests, executed four animal welfare warrants, seized 22 vehicles and were able to return a valuable farm vehicle to its rightful owner.

With the harvest now complete and the land clear across the county the team have turned their attention to tackle the issue of hare coursing, an illegal and cruel blood sport that often results in damage to private property and landowners being threatened.

The team utilise the Farm Watch social media group in an effort to quickly identify and respond to incidents of hare coursing when they are happening. The Farm Watch group has grown rapidly over the past few months and now has over 1,500 members.

Sergeant Darren Walshaw of the Rural Task Force said: ‘We are now beginning to see an increase in reports of hare coursing and poaching. This will be a significant concern to those in rural communities as the people associated with this crime often cause damage to property and can be extremely aggressive when challenged.

‘Kent Police has now joined a seven force collaboration to tackle the issue and we are hoping to be able to disrupt this illegal activity by working with our neighbouring forces.’