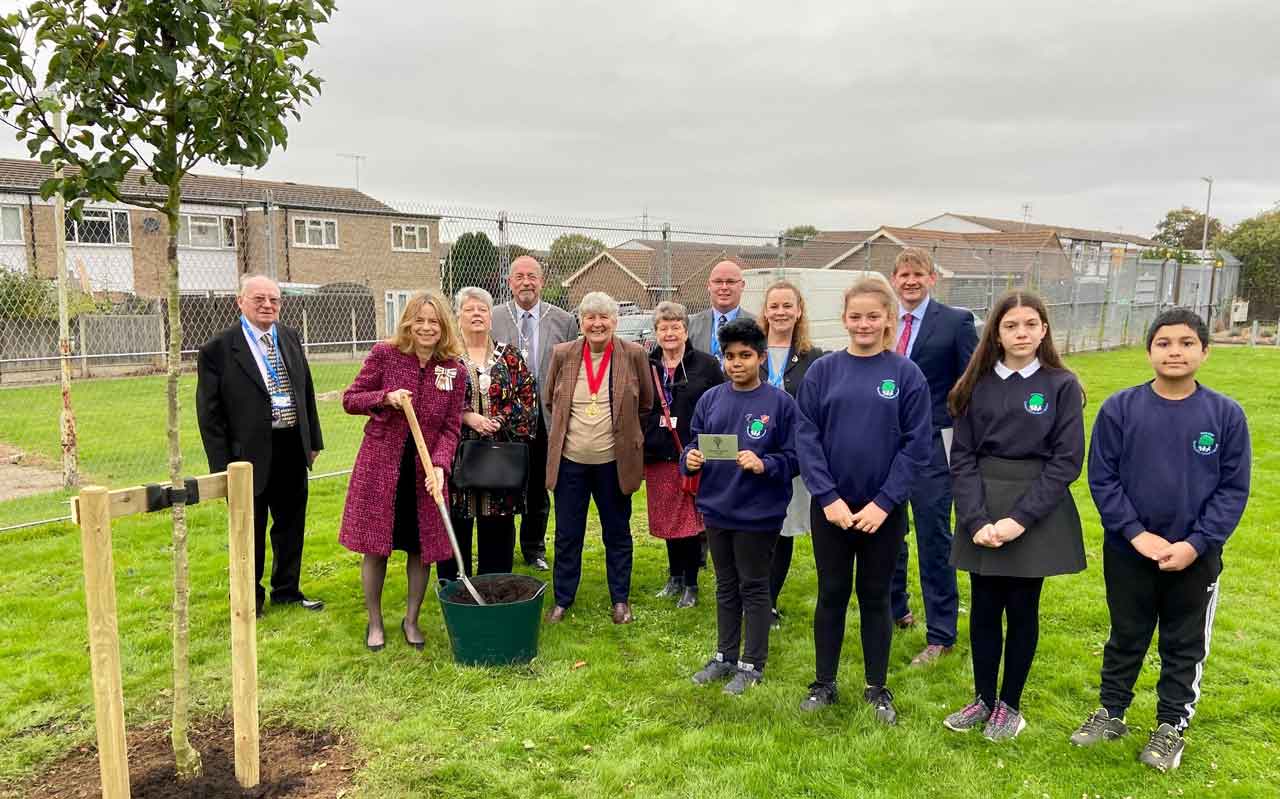 A tree with royal connections has been planted in the grounds of a Kent school after pupils and staff were chosen to help celebrate Her Majesty The Queen’s Platinum Jubilee.

Parkside Community Primary School in Canterbury was one of only 70 primary schools in the United Kingdom selected to receive a special Queen’s Green Canopy tree to plant on the school site.

The Pyrus calleryana Chanticleer – a medium-sized deciduous tree that produces clusters of white flowers followed by small brown pears – was lowered into the ground on Friday (October 15) during a ceremony led by the Lord-Lieutenant of Kent, who is The Queen’s official representative in the county.

Pupils, staff, and special guests attended the ceremony and four pupils were chosen to help with the planting. After the ceremony the school ‘pinned’ its tree on a virtual map on the Queen’s Green Canopy website so organisers can keep track of how many have been planted and other individuals and groups will be inspired to get involved.

“We were honoured to have been selected to be part of this tree planting initiative and we were very pleased that the Lord Lieutenant of Kent The Lady Colgrain, the Chairman of Kent County Council Mrs Ann Allen and our other special guests were able to join us. Pupils enjoyed talking to our guests afterwards about the school and the work they do here as well as discussing trees and the environment.”

The unique Queen’s Green Canopy tree planting initiative was launched two weeks previously when Crathie Primary School in Aberdeenshire, Scotland, planted its QGC tree in the in the grounds of Balmoral Castle – the Royal Family’s Scottish holiday home – with a little help from Her Majesty The Queen and His Royal Highness The Prince of Wales. The other 69 schools, including Parkside, have been holding their own tree planting ceremonies since, each led by the Lord-Lieutenant for their area.

The Lady Colgrain, Her Majesty’s Lord-Lieutenant of Kent, said: “It was a privilege to be invited to Parkside Community Primary School to lead the Queen’s Green Canopy tree planting ceremony. Planting a tree in the school grounds is a wonderful way for the children, and staff, to celebrate Her Majesty the Queen’s Platinum Jubilee while also enhancing the already lush, green environment that surrounds the school buildings.

“It was a pleasure talking to pupils after the ceremony. They asked some very good questions about trees and the environment, The Queen, and the work I do as well as telling me what they were learning about in their classrooms. I would like to congratulate the school for being selected to receive one of the 70 special city primary schools’ QGC trees and I hope pupils enjoy looking after it and watching it grow for many years to come.” 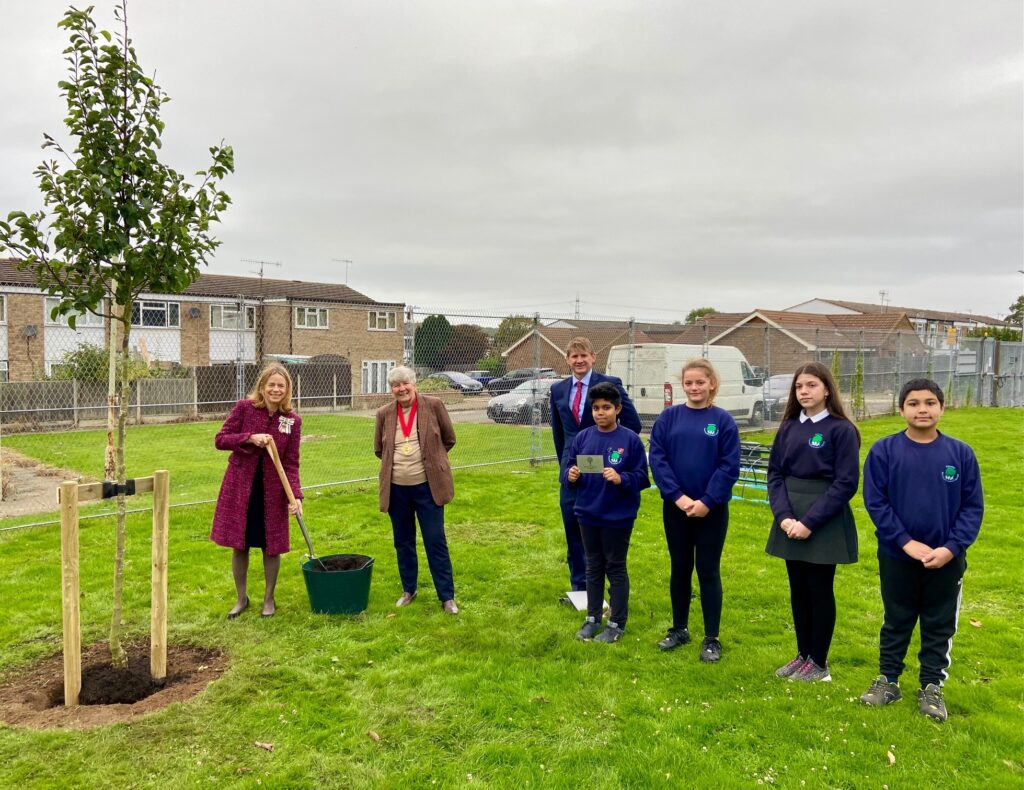 The Chairman of Kent County Council, Mrs Ann Allen said: “I was very pleased to be able to visit Parkside Community Primary School to support the pupils and staff with their Queen’s Green Canopy tree planting ceremony. It is an honour for the school to be chosen as one of only 70 recipients of a special QGC tree and I hope pupils enjoy their Pyrus calleryana Chanticleer tree for many years to come.

“Environmental issues are a priority for Kent County Council so I anticipate Members, staff, and schools will be involved in more tree planting initiatives as we continue to celebrate Her Majesty the Queen’s Platinum Jubilee throughout the remainder of this year and into next.”

In addition to schools, the QGC initiative encourages individuals, communities and groups, counties and cities, and businesses to plant a tree for the jubilee. Schools that weren’t selected to receive one of the special QGC trees may be able to get a free young tree from the Woodland Trust so they can join in with the planting initiative.