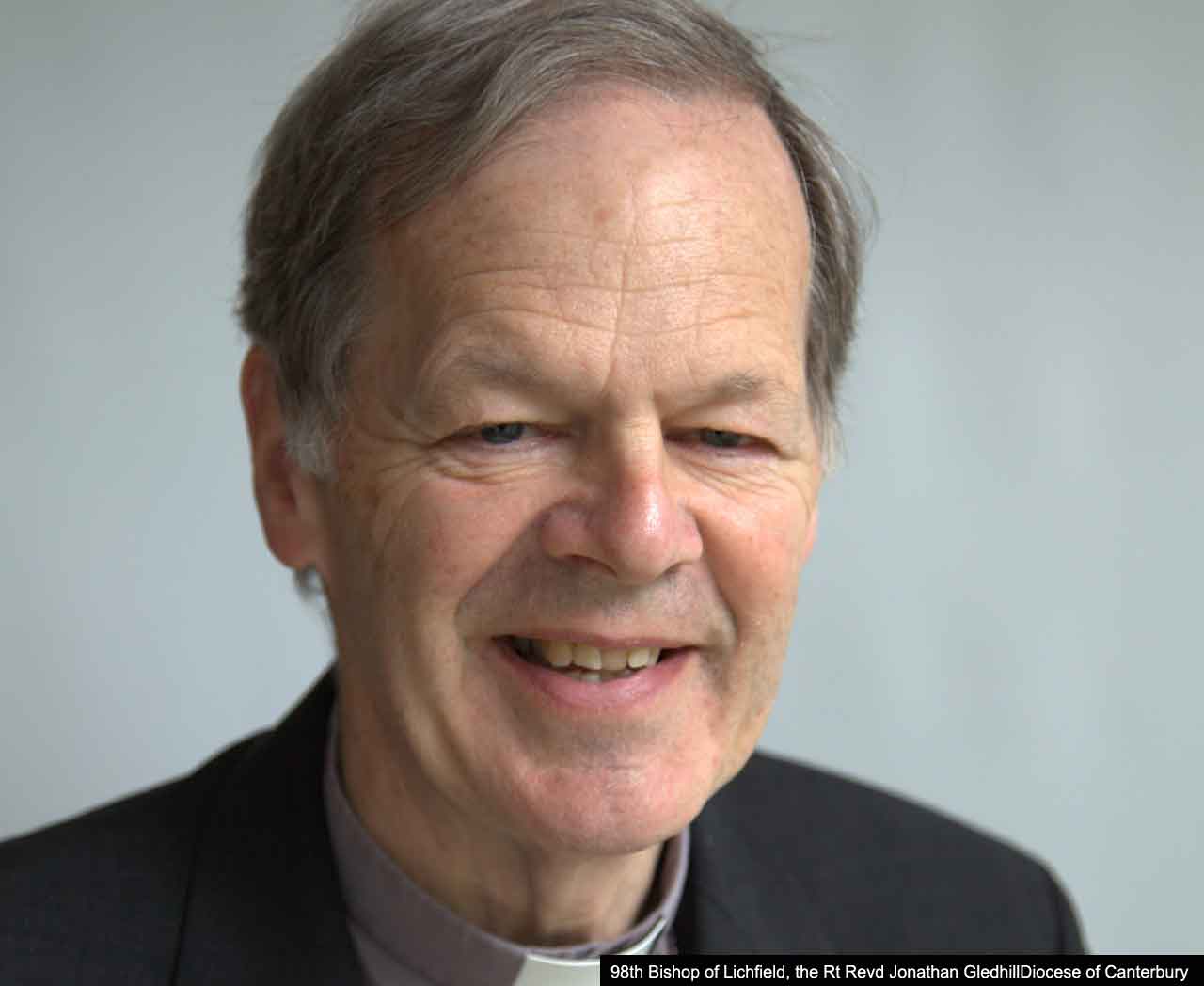 The Rt Revd Rose Hudson-Wilkin has added her voice to the growing number of tributes to the 98th Bishop of Lichfield, the Rt Revd Jonathan Gledhill, following his death on Monday 1 November.

From 1983 to 1996 Jonathan was Vicar at St Mary Bredin Church in Canterbury and a tutor at the Canterbury School of Ministry.

From 1988 to 1994 he was also the Rural Dean at Canterbury and he became an honorary Canon of Canterbury Cathedral in 1992.

He served as the Bishop of Southampton from 1996 until 2003, when he became Bishop of Lichfield – a role he continued in until his retirement in 2015. Shortly before he retired, Bishop Jonathan announced that he had Parkinson’s Disease.

Following his retirement, Bishop Jonathan moved to Canterbury with his wife, Jane.

Bishop Rose said: “It is with some sadness that I have received the news of the passing of Bishop Jonathan Gledhill and my prayers are with his family. Although I left the Diocese of Lichfield five years before he arrived there, I know that he was always spoken of with much love and as being a great successor to Bishop Keith.

“Bishop Jonathan will be remembered as a kind and gentle ambassador of the Gospel, a gracious and godly man who loved the people he was called to serve, both here in this diocese and further afield.

“May he rest in peace and rise in glory.”