No hanging about in Folkestone as Christmas Lights shine bright at Bonfire Night weekend! 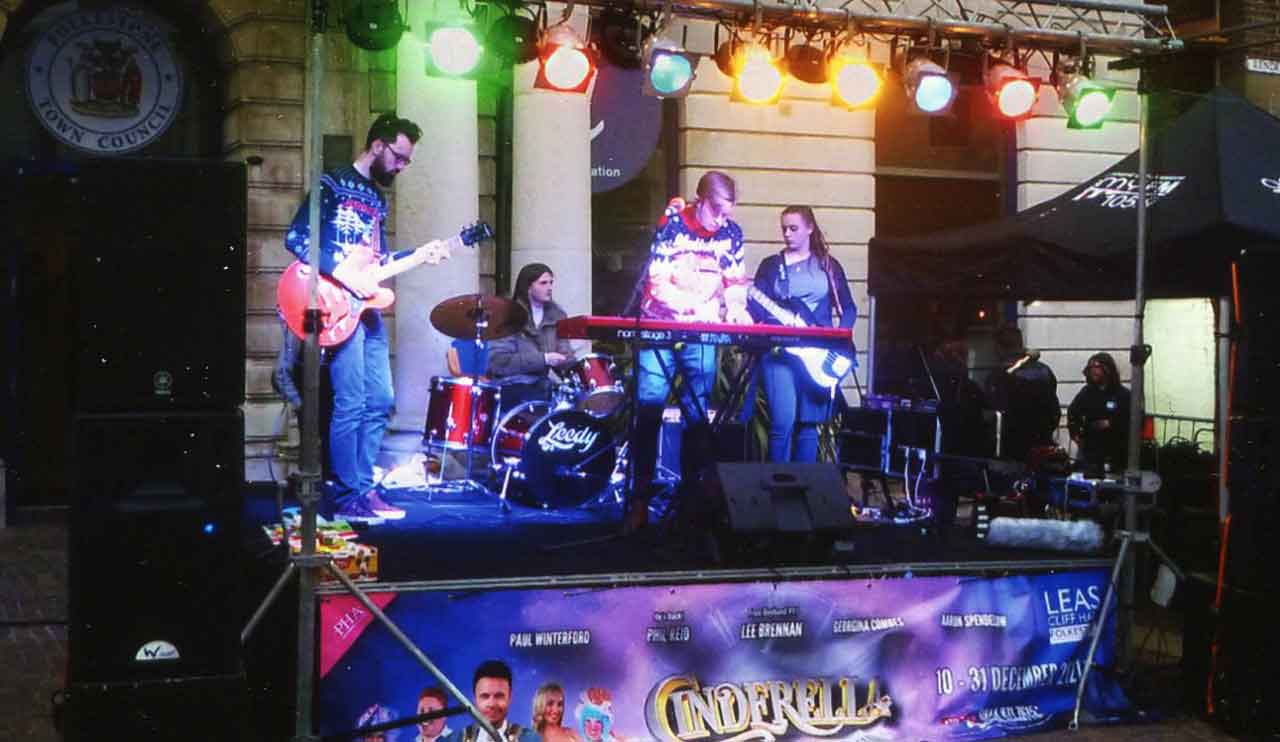 Hundreds turned out for this years Folkestone town centres Xmas lights official switch-on event on Saturday during a festival of song, dance and comedy outside the Town Hall in Sandgate Road.

It was the first time it could be held for two years due to the pandemic.

The event began with school choirs from Morehall, Martello and St Mary’s Primary, followed by the Folkestone Academy band and vocalist. Following this the crowd was treated to musical, dance and theatre performances from Angel Allstars, Guard & Baton Corps and the Leas Cliff Hall pantomime cast of ‘Cinderella’.

A prizegiving ceremony by the Mayor and the Dinosaur Wranger team with the Santasaurus and baby dino’s followed.  During the proceedings ‘goody bags’ were also given out to children in the large crowd.

Just after sundown, the annual Santa procession departed from outside the Leas Cliff Hall accompanied by Santa and Folkestone Town Mayor Cllr Michelle Keutenius. They were surrounded by lanterns in the parade along the Leas and through the precinct to the Town Hall.

At about 7pm the cast of Cinderella, The Grinch, Santa and the Mayor assembled on the Academy FM podium for the big Xmas Lights Switch-on with Sandgate Road, Rendezvous Street and the top of the Old High Street all lit up in a blaze of colour.