Trains to run at Bethersden village near Ashford this weekend 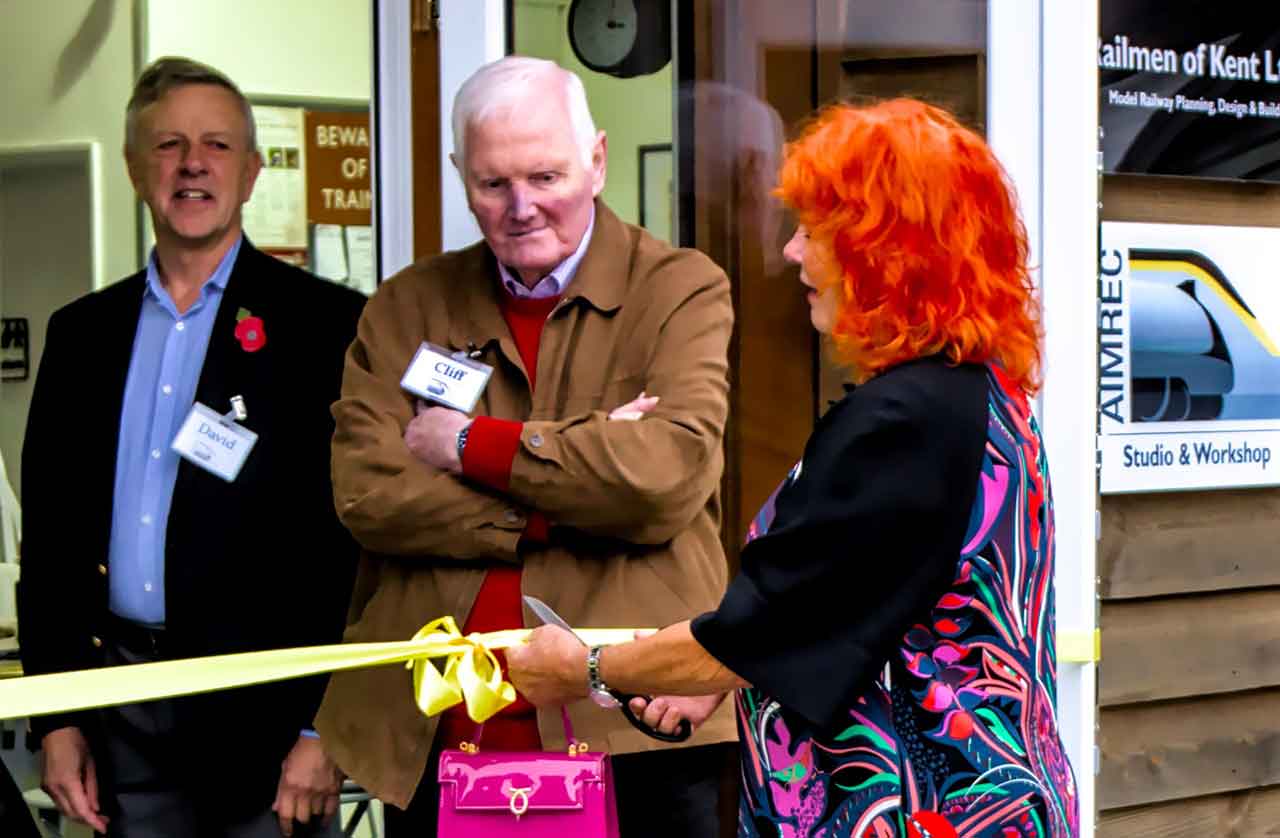 Model railway enthusiasts will be making tracks to Bethersden this Saturday (20 Nov) for the opening of the Ashford International Model Railway Education Centre (AIMREC) Studio and Workshop.

Prior to the pandemic, the model railway centre saw hundreds of people visit its temporary exhibition in an empty unit in Elwick Place every weekend, and the team behind the project hope success at their new home will help prove the viability of developing a larger-scale centre in Ashford in the long term.

Modelling enthusiast Fred Garner, a member of Railmen of Kent, winners of the Channel 5 Great Model Railway Challenge in 2019, said: “We have set something up on a small scale that people can see is scalable into the bigger project. It will give us some experience of setting up, of operating and of having regular visitors. We have created a miniature version of what we could do on a much larger scale.”

The studio and workshop in Bethersden will promote the AIMREC project and allow visitors to see the winning Great Model Railway Challenge layouts in action alongside examples of other model railways in different scales and sizes and some special displays linked to railways and the hobby of modelling.

AIMREC’s studio and workshop is open for visitors on Saturdays from 20 November until 18 December. Entry is free but must be booked in advance on www.aimrec.co.uk

In speeches to the invited guests and volunteers, there were congratulations to the AIMREC team on moving their ambitious project forward as well as admiration for the creativity, quality and diversity of exhibits on show. The guests then met the volunteers behind the design, build and operation of the nine model railways on display.

Cllr Matthew Forest, portfolio holder for Culture, Tourism and Leisure, said: “I am delighted to see that this exciting project has taken such an important step forward. The council has offered our full support to AIMREC ever since the initial plans were announced more than seven years ago.

“We were pleased to provide them with a temporary home in Elwick Place, and the positive reaction they received from people visiting the exhibition demonstrated how much people are keen to see their ambitions come to fruition in Ashford. The town has a long and proud railway history and I firmly believe that AIMREC deserves to be a huge success in Ashford.”

Fred Garner said: “From an educational perspective, we have created a learning environment here in Bethersden that makes history, geography, art, science, engineering and technology accessible to a wide audience, using a railway themed context.

“Our resources comprise model railways and an extensive collection of books, photographs and carefully chosen objects and exhibits, backed our enthusiastic volunteer team, willing to share their extensive knowledge in a friendly and welcoming environment.

“There is a story behind each one of the model railways on display, from when and why the railway it portrays was built, what inspired the model maker to build it and how the model was created. Information is presented in panels for each exhibit.

“The educational and personal development opportunity that have offered to the Caldecott Foundation through work experience for a year 10 pupil is already proving a huge success. We have seen the individual’s confidence grow significantly as a result of spending time with us and engaging in a topic about which he himself is passionate and knowledgeable.

“We have offered a similar opportunity to a student from East Kent College, to help build personal confidence and experience through working alongside other people in a team. I expect both arrangements to continue and would like to see this aspect of AIMREC be fully developed in the plans for a larger version of the project in the future,” he added.