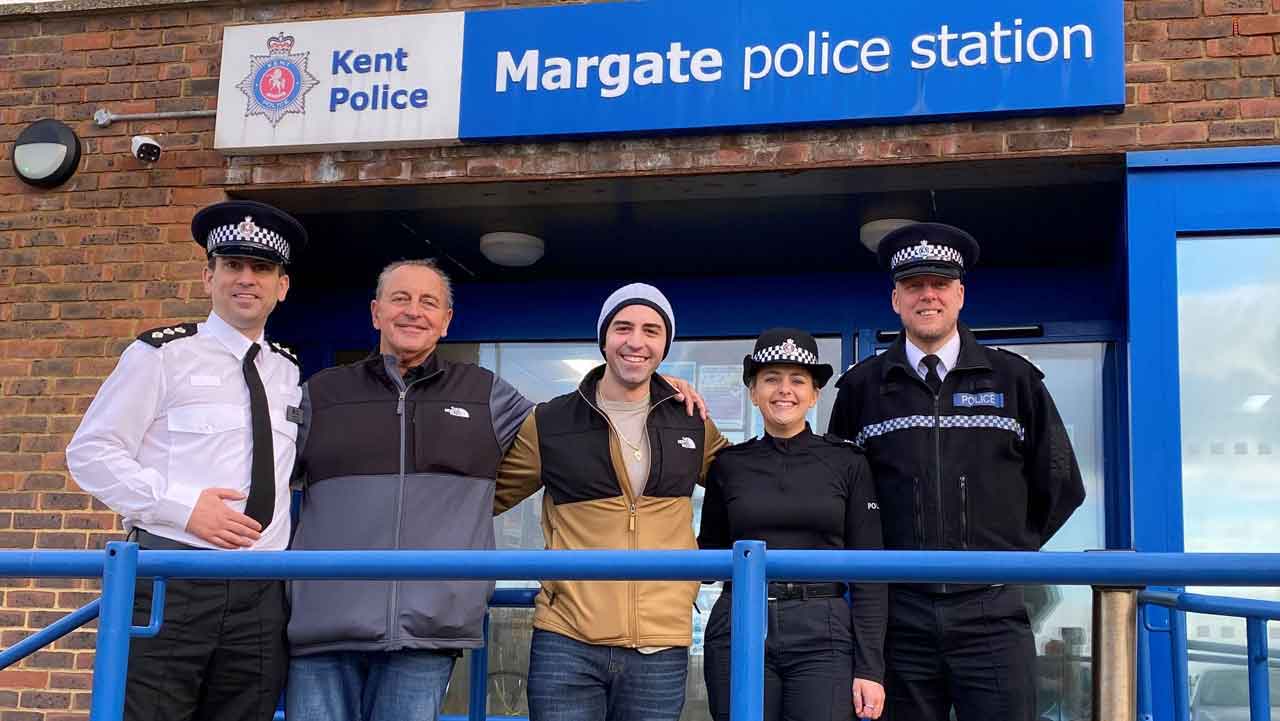 Kent Police in Margate have received a welcome visit from officers from their namesake city in the USA.

Anthony Careccia from the Margate Police Department in Florida visited the Kent Police station in Fort Hill on Thursday 4 November 2021.

Mr Careccia, who works as a school resource officer in the US force, was accompanied by his son Gregory, a police officer from the neighbouring Boca Raton Police Department.

They approached Kent Police as they had wanted to visit the seaside town which shares the same name as their home city, while on holiday in the UK.

The American officers were taken on a tour of the station in Margate and told about the work being done to keep Thanet safe. Gifts were also exchanged between the two forces.

Learning from each other

District Commander for Thanet, Chief Inspector Matt Smith said: ‘It was lovely to welcome officers from Margate, Florida, to our station here in Margate, Kent. It is always useful to speak to other forces and learn from them, so it was a good meeting where we were able to share our work practices and explain our commitment to putting victims and witnesses at the heart of our policing.

‘As a thank-you to them for taking the time to visit, and as a momento of their time in the UK, we presented them with police kit traditionally seen as typically British, custodian hats.

‘I hope they enjoyed their visit to our Margate, and wish them a safe journey back to their Margate.’