Three men have been jailed for a combined 40 years, after being found guilty of plotting a £4.5 million drug smuggling venture.

National Crime Agency conducted a covert investigation into the activities of Mark Youell, 64, from Clacton-on-Sea, Essex, conspired along with Alfred Rumbold, aged 65, from Orpington, Kent, and removal driver Brian Wright, 73, from Folkestone, Kent, throughout spring and summer 2020, tracing their movements and recording their conversations.

Officers watched as the trio had a series of clandestine meetings as the planned to import class A drugs utilising Rolls Royce-driving Wright’s legitimate removals company.

Covert listening devices deployed by the NCA picked up a conversation at a meeting at a café in Kent in July 2020 where they were heard discussing border controls. Youell told Rumbold and Wright: “We’re gonna hit the jackpot” and that they were going to make “f***ing mega dough”.

Wright carried out a ‘dummy run’, taking his lorry out to The Netherlands. He made a series of notes around border checks and security on his phone as he returned.

The following week Wright made the run for real, collecting the drugs, which had been sealed inside fish tanks.

However, as part of a joint operation involving the NCA and Dutch law enforcement, the truck was raided just outside Utrecht. Wright, who was sleeping inside, was arrested.

Dutch police recovering 20.5 kilos of heroin, 32 kilos of cocaine and three kilos of MDMA, which combined would have had a UK street value of around £4.5 million.

At the same time the NCA arrested Youell and Rumbold at their home addresses, seizing a number of phones including Encrochat and Sky ECC encrypted devices.

Encrochat messages attributed to Rumbold by the NCA as part of Operation Venetic – the UK law enforcement response to the takedown of the platform – showed that he was discussing with numerous criminals the potential to move drugs across Europe using Wright’s firm.

“I hope others involved in this type of activity take notice – we are determined to do all we can to disrupt and dismantle the organised criminal networks involved in international drugs supply. 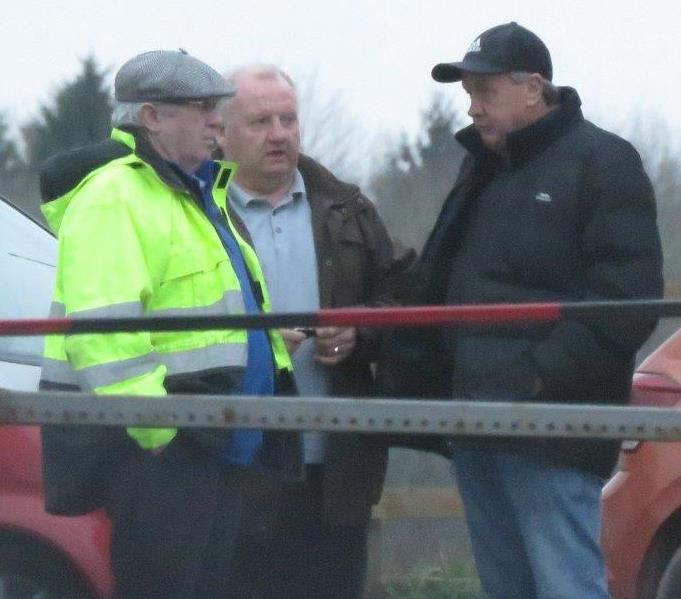 At trial, both Youell and Rumbold denied drug importation charges, claiming they had only been seeking to smuggle alcohol, cigarettes, tobacco and cannabis.

Meanwhile Wright, who was extradited back to the UK from the Netherlands, denied any knowledge of the drugs, claiming he was just transporting furniture.

However a jury at Isleworth Crown Court didn’t believe them, and found all three men guilty of conspiring to import class A drugs.

A judge at the same court today (26 November) sentenced Youell and Rumbold to 14 years each in jail, while Wright was given a 12 year sentence.

“The class A drugs seized in this investigation would all have ended up in the hands of UK criminal gangs involved in violence and exploitation, and provided a big payday for Youell, Rumbold and Wright. By their own admission, they thought they had ‘hit the jackpot’.

“But they weren’t counting on the tenacity and expertise of the NCA officers who, supported by our Dutch partners, watched their every move – even during the height of the UK’s Covid lockdown.