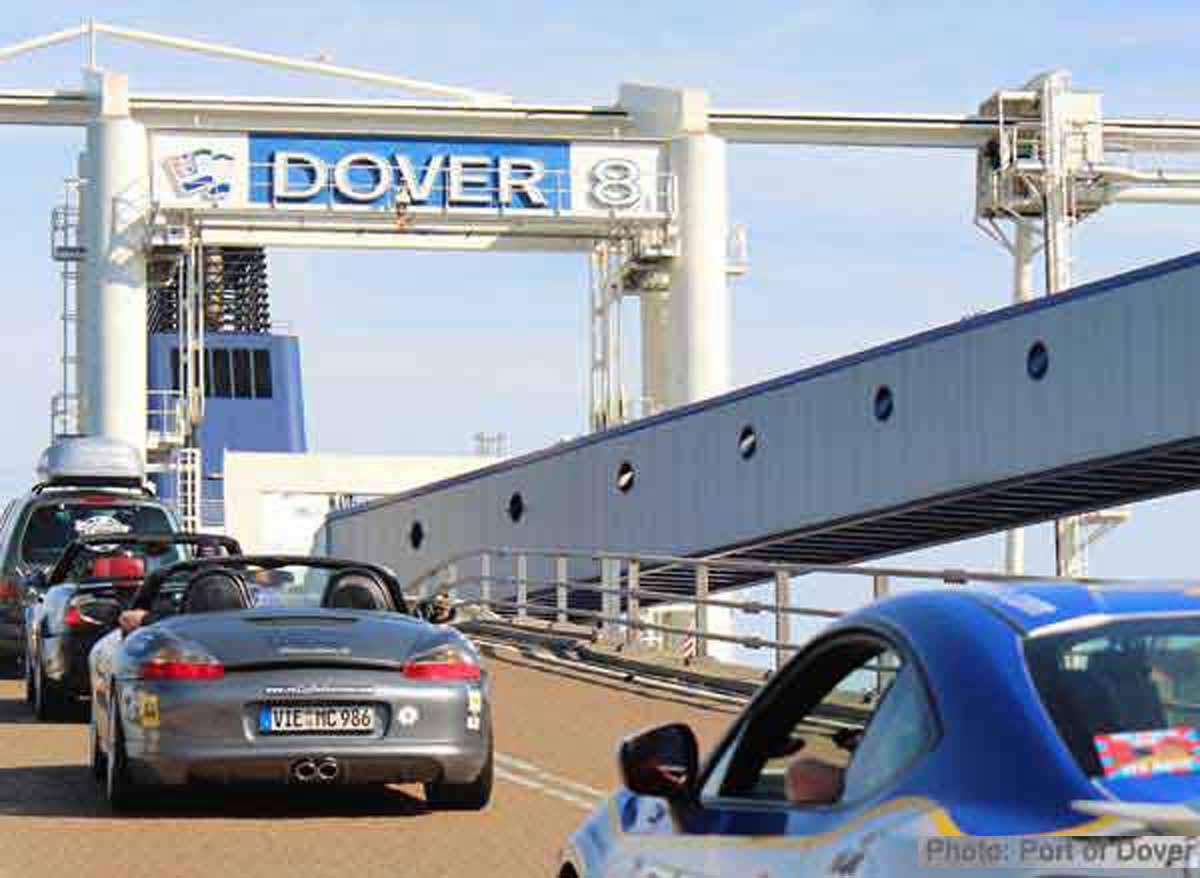 The 1980 built BR Sealink ferry, originally named St Anselm, has been sold to shipbreakers in Bangladesh during October 2021 and has sadly just been beached at the immense breaking yard at Faujdarhat northwest of Chittogram (a.k.a Chiitagong).

The ferry was the second of four double decked vessels for BR Sealink but the first assigned to the Dover-Calais route.

The vessels were constructed in Belfast as Galloway Princess (Stranraer route), St Anselm, St Christopher (Dover) and St David (Holyhead route). They were the first twin decked Ro/Ro ferries for the company in response to increased traffic at Dover and indeed around Britain at that time, as well as to compete better with the then Townsend Thoresen fleet and others.

The ship had a unique upper vehicle deck arrangement whereby apart from a fixed central section the rest could be lowered as two huge plates, via hydraulics and chains, at both ends whether or not vehicles were on.  This was because, if required on another route where only a single deck linkspan was available, she could still operate both decks.

The ferry arrived, captained by Commadore John Arthur, at Dover in October 1980 and was berthed at the former Western Docks Admiralty Arm for official reception. following a berthing trial trip to Calais. Then local staff, including yours truly, and crew were allowed to visit and indeed could even walk through below the waterline from stem to stern and up onto the bridge!

She began service soon after on the Dover-Calais route; and a short while later was the first twin deck ro/ro BR Sealink ferry to visit Oostende for berthing trials.

She proved quite popular to travel on but as she and her sister ship, mv St Christopher which arrived a few months later, only had a passenger capacity for 1000. This had to be increased to 1200 with an aft section added later.  The vessels also proved quite manoeuvrable with the St Anselm even managing to berth at Dover’s Eastern Docks in a storm force 11 one winter night whilst other ferries were unable to get in or out!

The possibility of being used on the Belgian route; which the Anselm or Christopher were occasionally diverted to if traffic required or a Belgian vessel broke down; led some years later to the third sister ship, mv St David, to operate as a mainly freight service on the longer route but this was after Sealink became privatised and caused a breakdown of relations with the Belgian RMT who switched to link up with Townsend.

St Anselm later ran on the Folkestone to Boulogne route for some while but the single span at Folkestone could cause delays whilst at Boulogne berth 13 was double decked.

Eventually, with even larger ferries coming into service St Anselm, after a spell on the Irish Sea routes and renamed Stena Cambria, was taken to Zeebrugge and sold.

Despite a refit at the end of 2019, and a change of name to Altair in early 2020, the ferry was sold and sailed to the breakers under the same name.

Many locals ferry workers, including local historian Alan Taylor, who served aboard her for eight years in the 1980s, will surely miss this ferry and their time aboard.

Finally, the fate of the former 1972 Folkestone ferry mv Horsa has still not been determined, despite being reportedly saved from the breakers at the end of 2020.

She remains at Rafina, Greece as the Penelope A.