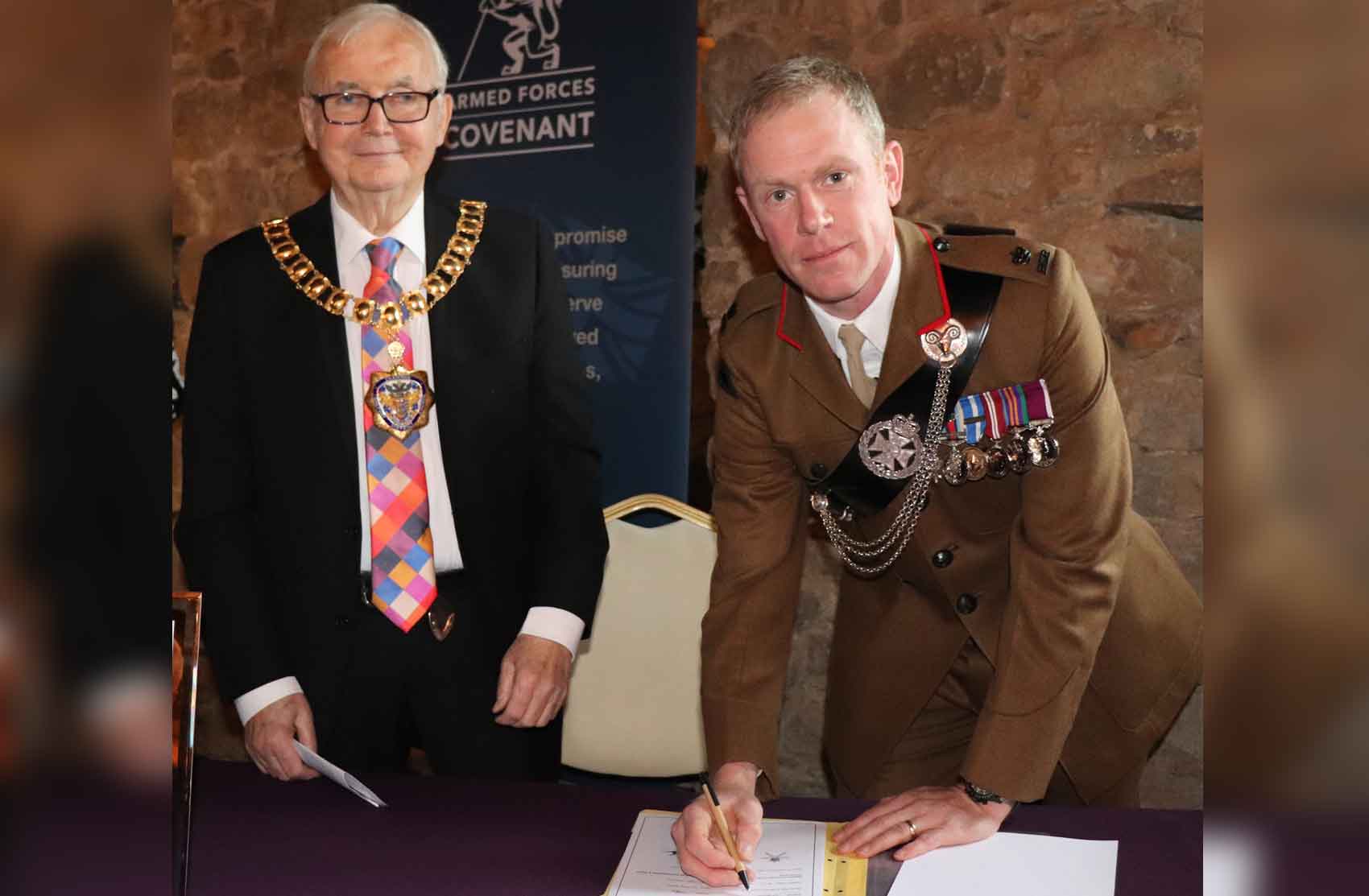 A landmark anniversary has been marked with the resigning of the Armed Forces Covenant by Folkestone & Hythe District Council.

On 2 December 2011 ‘Shepway’, now rebadged ‘Folkestone and Hythe’ became the first district council in the country to commit to the covenant – a promise that those who serve or served in the forces – and their families – are treated fairly and not disadvantaged in their daily lives.

Cllr Hollingsbee said the “ground-breaking” 2011 covenant signing demonstrated the council’s support for the armed forces community, which has gone from strength to strength.

She added: “Ten years has seen big changes across our district but one thing that has not changed is the respect and admiration that we have for our armed forces community and the recognition of the sacrifices that they make for us and the whole country.

“We have built on our long tradition of cooperation between our civilian community and local armed forces and we are proud to continue to be advocates. Our support includes help with housing and health and wellbeing, and generally promoting the role that residents with an armed forces background make in communities across the district.

“We hold monthly drop-in sessions for veterans and also offer bespoke help to our Gurkha community.”

Maj Houlton-Hart said: ‘I am delighted to re-sign the covenant on behalf of the local armed forces community. It has been 10 years since the covenant was first signed, and it’s extremely heartening to see the council’s continued commitment to the covenant’s principles and to maintaining a strong relationship between the military and the wider community.”

Last month, F&HDC received the highest badge of honour for military support from the Ministry of Defence – the Employer Recognition Scheme Gold Award. This is presented to those that employ and support persons who serve and protect our country.

The council has various armed forces personnel within its team, including veterans, a Cadet Forces Adult Volunteer and those living in military families. Ten days additional fully-paid leave is available for reservists to attend training.

For more details about F&HDC and its commitment to the armed forces, please go to https://www.folkestone-hythe.gov.uk/community/armed-forces

Princes Parade project in Hythe goes before Cabinet next week