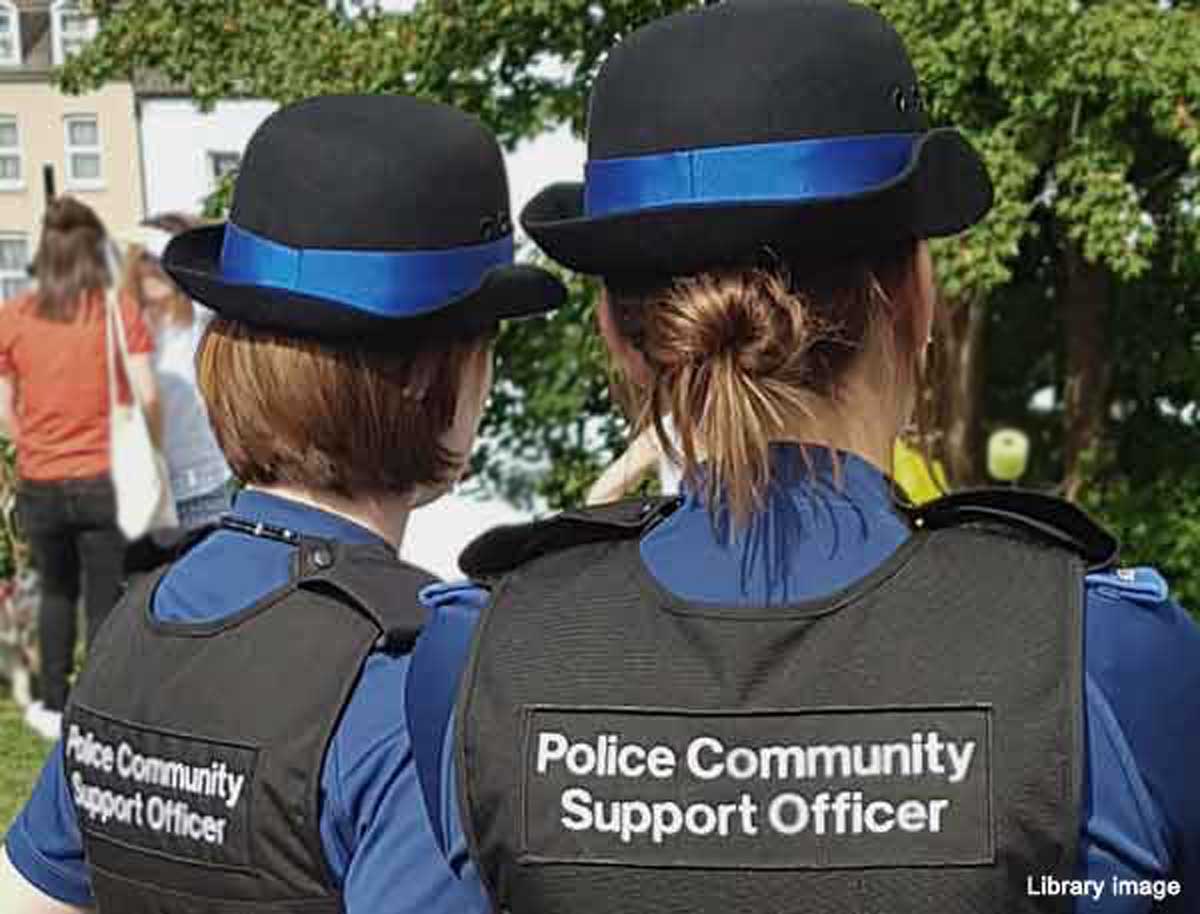 Young sports people have been learning about the world of policing during a visit by PCSOs.

The children were visited by officers on Tuesday 9 December 2021 during a sports tournament organised by the Kent Disability Football League charity.

During the visit young sports people from the Maidstone United Raiders, which is a sporting and mental health charitable organisation for children and adults with disabilities, were able to talk to officers.

As part of the under 16s tournament, which took place at The Academy of Woodlands in Woodlands Road, Gillingham, there were children from other organisations who were also able to benefit from meeting the officers.

PCSO Jody Coxon of Medway’s Community Safety Unit said: ‘The children really enjoyed our visit and were able to see our police car up close, they really enjoyed turning the siren on and off.

‘We used the visit as an opportunity to talk to them about our work. They had so many good questions and it was great to meet them and support them during the tournament.

‘The raiders is an invaluable resource for anyone aged five to 65 which has 120 members and relies totally on voluntary donations, so it was nice to be able to spend time with them and give a little bit back!’