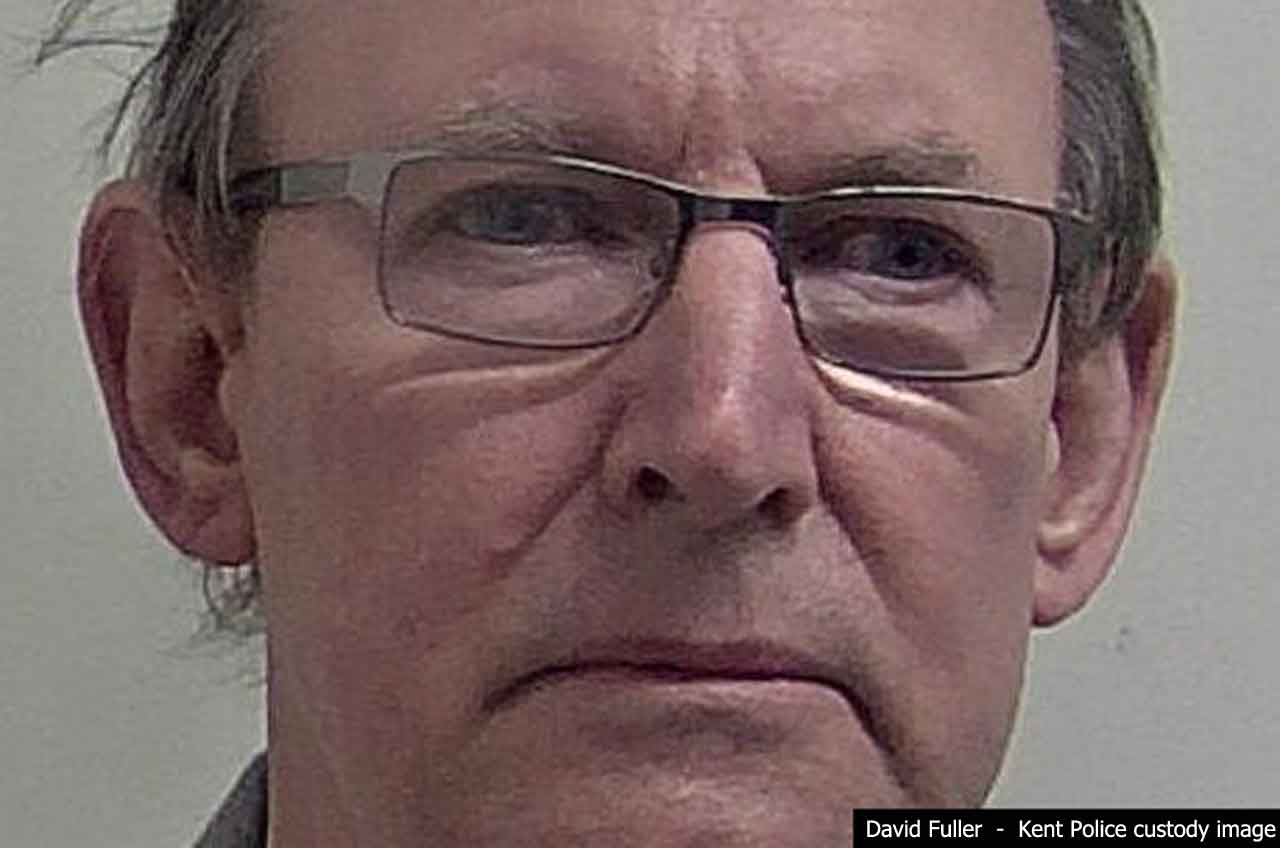 David Fuller facing the rest of his life in jail Photo: Kent Police

A man who murdered and sexually assaulted two women from Tunbridge Wells more than 30 years ago has been sentenced to life imprisonment.

David Fuller appeared before Maidstone Crown Court on Wednesday 15 December 2021, where he received a whole-life term for killing Wendy Knell and Caroline Pierce in 1987. Fuller had previously denied the murders, based on a defence of diminished responsibility, but changed his pleas to guilty on 4 November, during a trial at the same court.

The 67-year-old, formerly from Heathfield, was also given concurrent sentences totalling 12 years, in respect of further charges which included sexual offences against deceased females in mortuary settings at the Tunbridge Wells Hospital and the former Kent and Sussex Hospital. He pleaded guilty to these charges prior to the trial for the murders.

Fuller murdered Wendy Knell in her bedsit, in Guildford Road, Tunbridge Wells. Her body was discovered by her boyfriend on 23 June 1987. She had been sexually assaulted, beaten, and strangled. On 24 November 1987, he abducted Caroline Pierce, aged 20, from outside her bedsit in Grosvenor Park, Tunbridge Wells. Caroline’s body was discovered by a farm worker three weeks later, in a remote location near Romney Marsh, more than 40 miles away. She was naked apart from a pair of tights and had also been sexually assaulted, beaten, and strangled.

The murders remained undetected for more than three decades, but the investigations were regularly reviewed by cold case teams in line with enhancements in DNA analysis. Detectives from the Kent and Essex Serious Crime Directorate continued to explore any new leads and a breakthrough came in 2019, as a result of the latest DNA analysis techniques, which focused on checking profiles of people who could be related to the killer.

This led to Fuller being identified as the suspect and he was arrested at his home during the early hours of 3 December 2020. The following evening, following the fast tracking of a DNA sample, the Crown Prosecution Service gave authority to charge him with two counts of murder.

With Fuller remanded in custody, Kent Police detectives were able to uncover and verify evidence to conclusively link him to both the murders. This included linking him to a fingerprint and a shoe print left in Wendy’s home, as well as forensic evidence, some of which was estimated by experts to be in the order of at least a billion times more likely to have originated from Fuller rather than someone else. The evidence also clearly showed he knew the Tunbridge Wells area through his work as an electrician during the 1980s and that he had links to where Caroline’s body was left, in the New Romney area.

Following Fuller’s arrest, detectives found evidence of further offences, after searches were carried out at his home. Disturbing images and videos were found on several hard drives, which showed Fuller had filmed and photographed himself sexually abusing the bodies of women and girls in the mortuaries of two Tunbridge Wells hospitals where he worked.

The investigation led to him being charged with 51 further sexual offences. Of these, 44 charges related to 78 identified mortuary victims. These included offences under section 70 of the Sexual Offences Act 2003, section 63 of the Criminal Justice and Immigration Act 2008, and taking indecent images of a child under section 1 of the Protection of Children Act 1978.

On passing sentence, The Honourable Mrs Justice Cheema-Grubb QC, described Wendy Knell as ‘successful, happy and independent’ whilst Caroline Pierce was ‘a lively young woman finding her place in the world’, and that ‘this was premeditated killing – carefully planned and executed’.

Addressing Fuller in relation to the mortuary offences, she added: ‘Relatives are haunted by your abuse. You have sullied and stolen memories. You have shaken their sense of being able to trust the world.

‘Deep sorrow and immense courage has been displayed in court today. I hope that they can banish the shadow you have cast. You had no regard for the dignity of the dead.’

Detective Chief Superintendent Paul Fotheringham added: ‘David Fuller is responsible for a level of offending of unimaginable horror and depravity. He has targeted and brutally murdered two young women in the prime of their lives, seemingly for no other reason than to satisfy his own warped desires and forced the families and friends of Wendy and Caroline to endure more than three decades of incomprehensible suffering. His abhorrent offending has also caused suffering and inconceivable trauma to the lives of hundreds of other people, many of whom were still grieving the loss of loved ones.

‘Part of our enquiries has been to identify victims of the hospital offences and we have found evidence of 101 victims, having worked through the vast majority of evidence. So far we have been able to formally identify 82 of his victims in the mortuary. We have specially trained family liaison officers who have spoken to all the families of those we have identified to date. Dedicated and specialist welfare support services has been made available to those families. These specialist officers will speak directly and privately to all families of further victims we are able to identify as the investigation continues.

Not shown shred of remorse

‘Throughout our investigation Fuller has only demonstrated a capacity for self-pity, and not shown a single shred of remorse for his many victims and appalling crimes. I sincerely hope that today’s sentencing will provide some form of closure or comfort to all those who have been affected by his heinous actions, knowing at least that Fuller will spend the rest of his life in prison.’

Statement from the family of Caroline Pierce

‘Today is the anniversary of Caroline’s body being found 34 years ago. No sentence can compensate for what this animal has done, not only to Caroline but to other people as well.

‘We would like to take this opportunity to publicly recognise the work and tenacity of Kent Police in never giving up.’