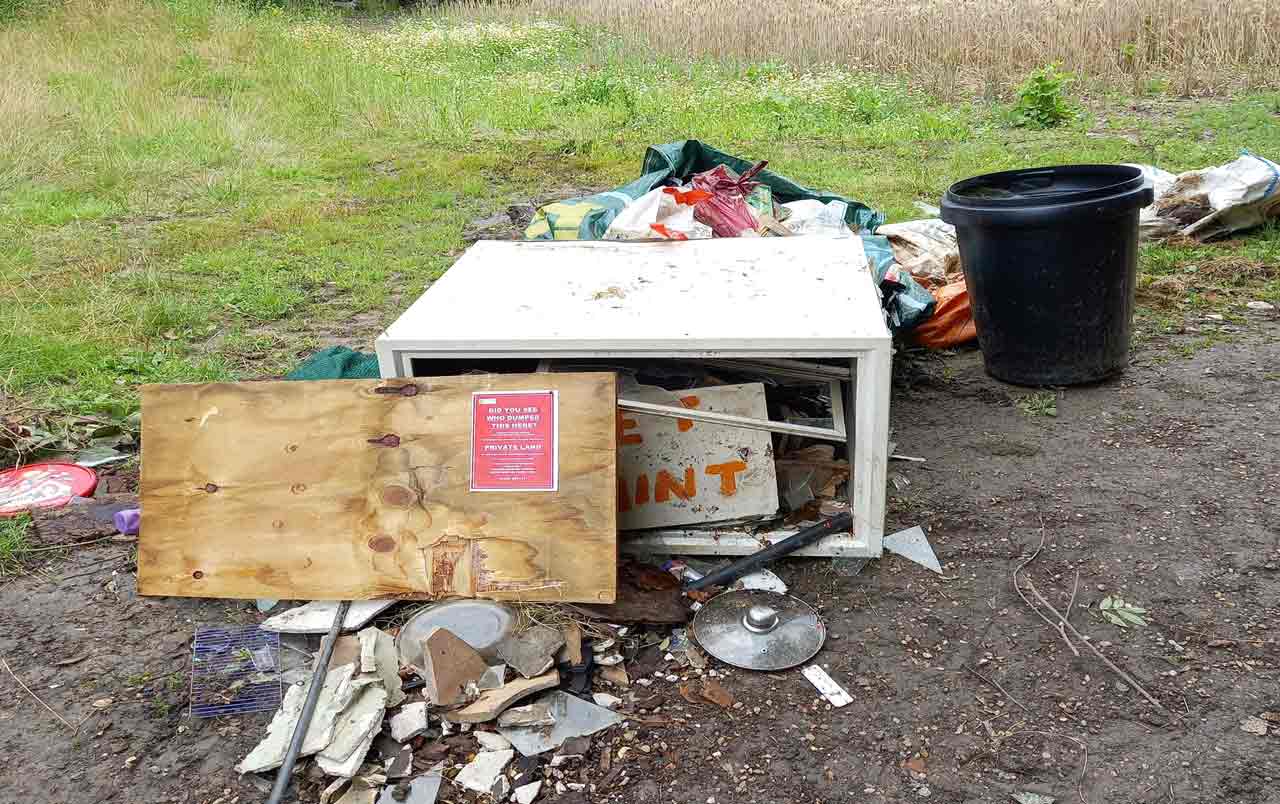 Ashford’s new Environmental Enforcement Team continues to wage war on the scourge of fly-tipping across the borough, with three separate cases brought before Folkestone Magistrates Court.

Two were adjourned, one for a further hearing on 31 January and the other for trial after a not guilty plea. The third saw a guilty plea entered and the woman from Sissinghurst was fined £200 and ordered to pay £100 costs and court surcharge of £34, making a total of £334.

The woman admitted a charge of failure in duty to ensure that any transfer by her of household waste was only to an authorised person for transport contrary to section 34(6) of the Environmental Protection Act 1990.

In court she admitted paying £300 in cash to men in a transit van to remove waste from her property. She claims to have been shown a business card which read Licensed Waste Collectors but failed to check if the men were properly licensed and authorised by the Environment Agency, and no receipt or invoice or waste transfer note was given or requested.

The waste was later found fly-tipped on private land around six miles away.

Ashford Borough Council’s Environmental Enforcement Team’s investigations led them to the householder in Sissinghurst. She was issued with a £400 Fixed Penalty Notice (FPN), that if paid within 14 days is discounted to £300.

The woman failed to pay the FPN, which led to the court appearance. The court heard that a business card stating that the men were licensed carriers is not the correct authorisation and is not legitimate.

Another case in November

These latest three cases brought to court by the Ashford team follows a case in November when an Ashford resident was issued with a £400 FPN following the discovery of fly-tipped waste at two locations. The householder had been approached by men in a van offering to remove his waste for a charge. He was told that they would take the rubbish to the tip but it ended up being fly-tipped in Hamstreet Road and Capel Road.

Households and also businesses have a legal duty of care when it comes to what happens to their waste. In the Sissinghurst case, the woman failed in carrying out checks to enquire if the waste collectors were registered with the Environmental Agency. The resident failed to inspect their authorised licence or obtain a written receipt.

The council’s new Environmental Enforcement Team has clamped down on illegal fly-tipping right across the borough, handing out fines totalling more than £5,000 to a dozen offenders within months of starting work.

Many of the leads that end with offenders being caught come from residents alerting the team to fly-tipping incidents by using the Report It page on the council’s website – see
https://www.ashford.gov.uk/environmental-concerns/report-a-street-issue/fly-tipping/

Householders or small businesses found to be using these rogues to dispose of their waste can be prosecuted by Ashford Borough Council, with FPNs of up to £400 per offence. Failure to pay may result in court action.

If using a commercial service, you should check whether someone is licensed to carry waste by calling the Environment Agency on 03708 506506 or visit their website at

Young people in Folkestone and Hythe given jobs’ boost