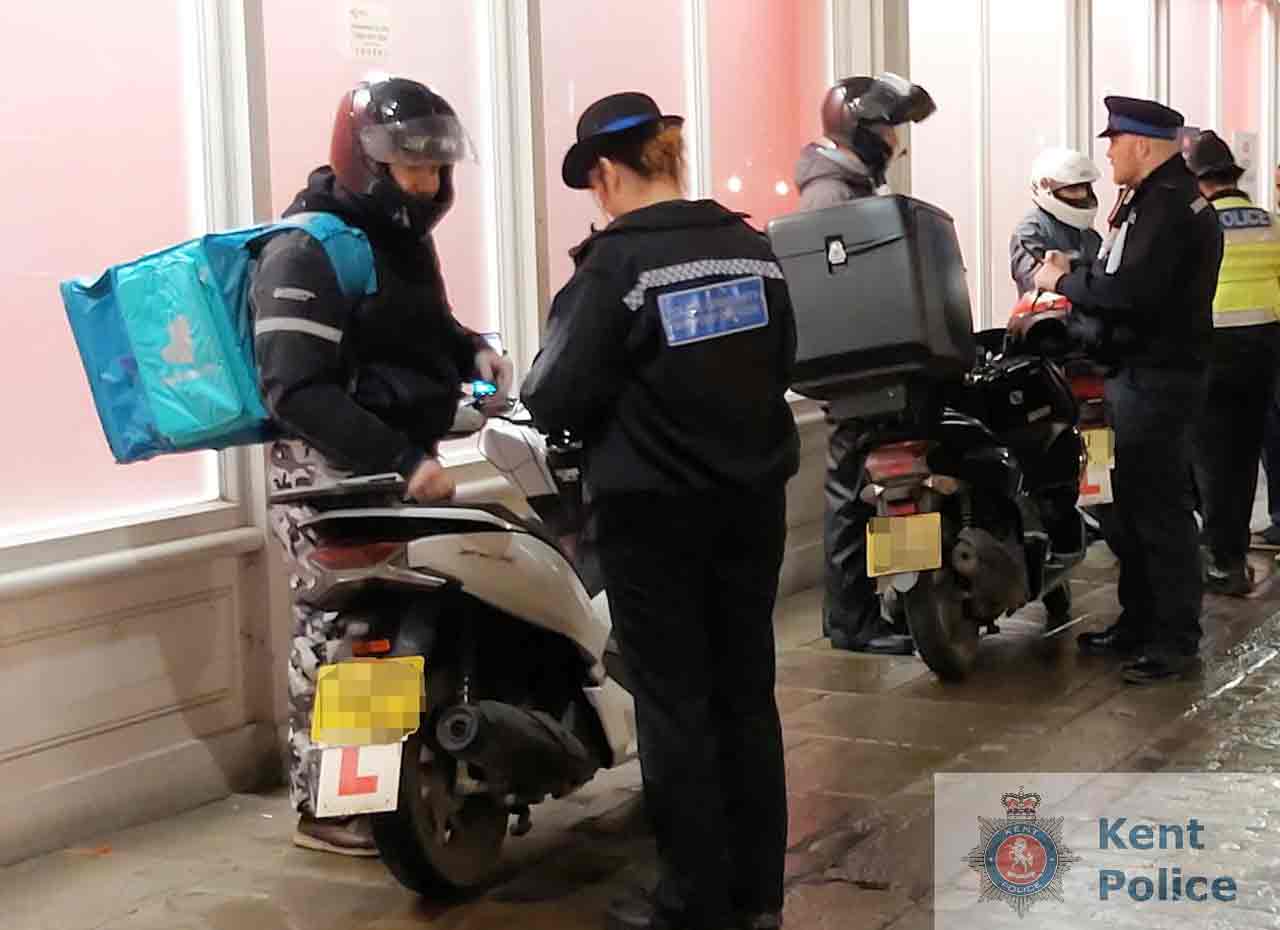 Police in Canterbury have carried out an evening of stop checks on mopeds to ensure they are road legal and not being ridden dangerously.

Officers from the Community Safety Unit worked alongside staff from Canterbury City Council in the city centre on the evening of Friday 17 December 2021.

Eight warnings were handed out under Section 59 of the Police Reform Act 2002, which tell owners of nuisance vehicles that their bikes could be seized if they are seen being ridden in an anti-social manner again.

A further eight fixed penalty notices were handed out by Canterbury City Council officers for parking in disabled and loading bays.

One rider was found to be driving otherwise than in accordance with a licence and was issued with a Traffic Offence Report. Another rider was requested to provide documentation within seven days.

Inspector Guy Thompson, of Canterbury Community Safety Unit, said: ‘We understand that delivery riders provide an important service to businesses and their customers, however that must not come at the expense of the safety of those using the city centre.

‘I hope the advice issued and action taken against some of those we stopped will give them a greater understanding of what is expected of them in future and ensure Canterbury stays a safe and enjoyable place to work, live and visit.’

Canterbury City Council’s lead councillor for enforcement, Cllr Ashley Clark, said: ‘This was an important joint operation with Kent Police to tackle the ongoing issue of some people in the city centre not following the rules that are in place to keep everyone safe.

‘It’s all about getting the right balance between supporting businesses but also responding to the legitimate concerns raised by people about public safety.

‘Action was taken by our officers where appropriate and we hope the message has hit home to those who think the regulations do not apply to them.’