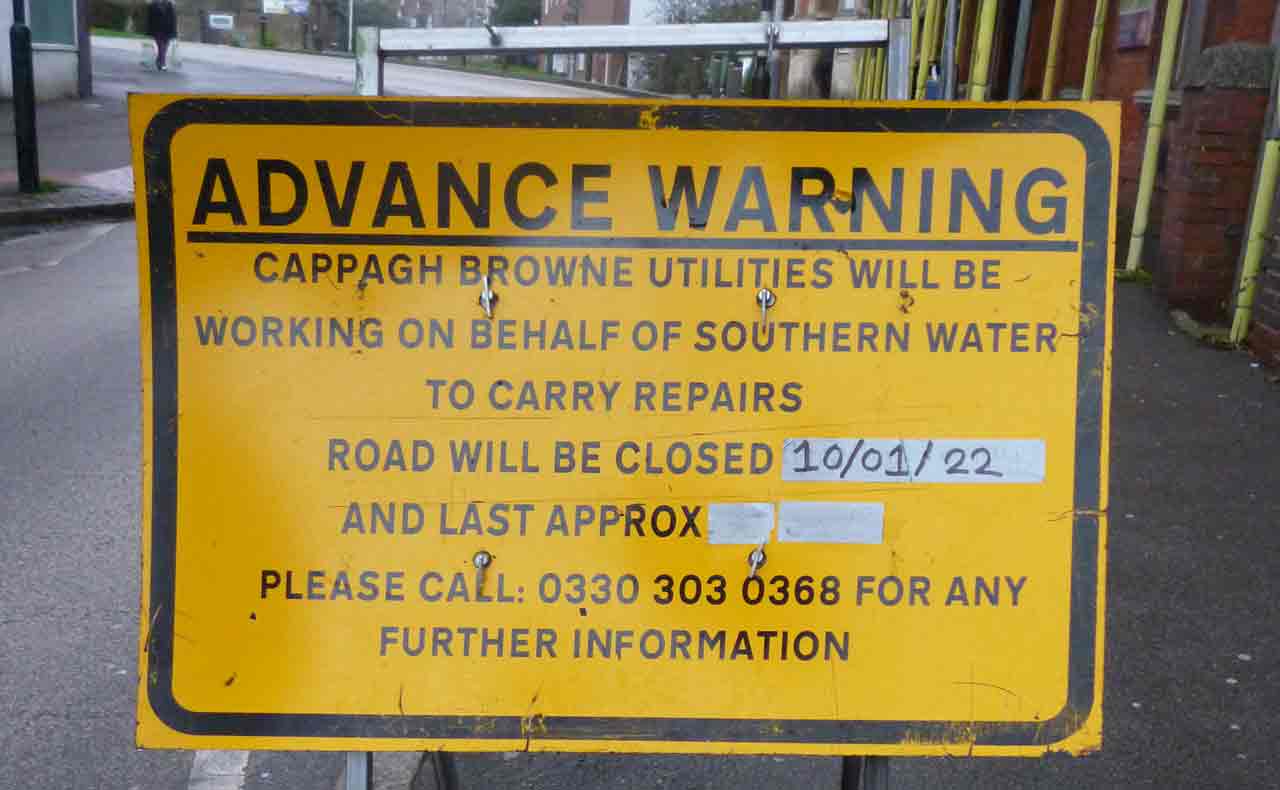 Bus and traffic diversions could be in place for more than 10 days to allow for repairs to be carried out by Southern Water contractors at Grace Hill during January.

Southern Water are due to undertake work on Grace Hill, Folkestone in mid January which is thought may take up to ten days to complete. The work is due to start from Monday 10 January until at least the 20th, though it should be noted that it may over-run.

All road traffic inbound to Folkestone via Dover Road, East Cliff, Tram Road, including buses will be diverted during the closure.

Whilst cars and lorries may still be able to access Payers Park Car Park and access lower Rendezvous Street and The Bayle, the number 102 (from Dover) and 91 (from Dover or East Cliff) will be on long diversions inbound and also unable to serve the Harbour area stops nor Shellons Street. Notices have already been placed on some bus stops.

Traffic from Payers Park may be diverted outbound, drivers should follow any signage.

Traffic and buses outbound to Dover Road, The Harbour, Tram Road, should not be affected but may involve heavier traffic flows and road signage for diverted traffic.