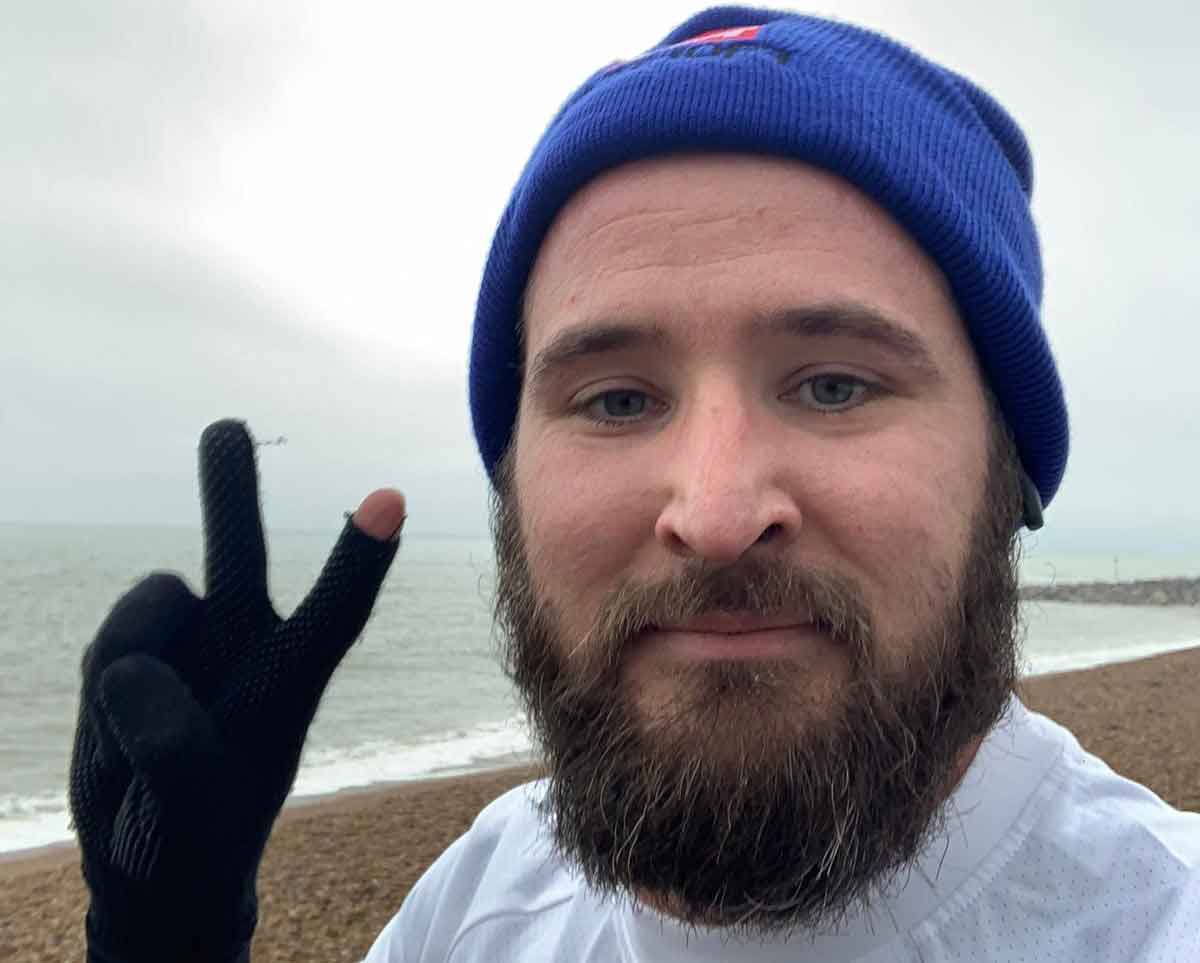 A dad raised almost double his target after running and walking the distance from Land’s End to John O’Groats.

Ben Sackett, from Folkestone, tackled the 874 mile distance on local roads throughout 2021, finishing on Christmas Eve.

His efforts netted a total of £1,000 in donations for East Kent Hospitals Charity’s Helping Your Hospitals appeal, smashing his original target of £600.

Ben said: “I wanted something to challenge myself and fundraise for NHS staff at the same time, and this seemed perfect.

“Strangely, I enjoyed it and I am very happy to have been able to support such a great charity.

“Staying committed for the whole year was the real challenge for me and I was delighted to finish.

“There were a couple of tough months which meant to catch up I had to run pretty much every day in October and November. Now I need to buy some new running trainers!”

The 36-year-old dad of two took on the challenge as a way of saying thanks after NHS staff looked after his brother and his father last year.

Ben’s brother suddenly lost the vision in his right eye and most of his left eye in September 2020, but thanks to the quick-thinking of the team at the Kent and Canterbury Hospital he was able to start treatment to stop his condition worsening.

And his dad was taken to the William Harvey Hospital in Ashford with heart problems in October that year.

Ben said: “We are so grateful for everything the local NHS did for both of them so this was a small way of saying thank you.

“I wanted to raise as much as possible to support the staff and take care of their needs while they are so busy taking care of everyone else.”

Ben’s fundraiser will remain open until the end of February. To donate, visit https://www.justgiving.com/fundraising/ben-sackett-end-2-end

Tree of Hope Summer Fair at Tonbridge Castle this weekend