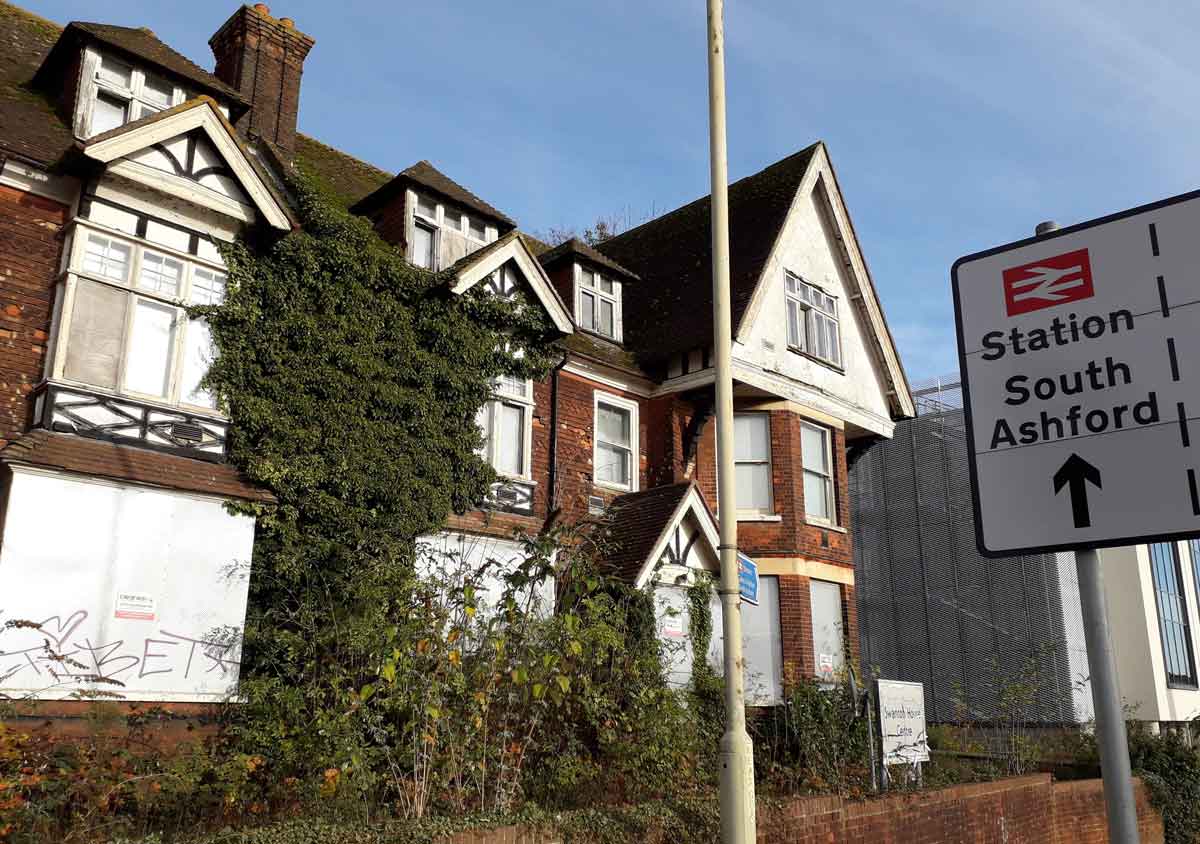 A building in Ashford town centre which has stood derelict for nearly 20 years will be demolished to make way for high-quality apartments located a short walk from Ashford International Station, with its 38 minute fast rail connection to central London.

The 19th century Swanton House served as an auxiliary military hospital in the First World War, and was later used by Kent County Council’s Social Services. Unfortunately the building was beyond economic reinstatement but, in recognition of its history, a planning condition requires that the developer brings forward details of a scheme to record the site’s local history to Ashford.

The building – next to Ashford College in Elwick Road and backing onto the Memorial Gardens – was purchased in 2019 by the development arm of A Better Choice for Property Ltd, an independent private limited residential investment/development company owned by and funded by Ashford Borough Council.

A planning application was submitted in June 2020 to demolish the dilapidated building and build 34 apartments in two blocks. However Ashford Borough Council’s planning committee deferred the application due to concerns as to whether the design was sympathetic enough with the surrounding conservation area.

Now the scheme has been redesigned to be more in keeping with the character of the area, with the flat roofs replaced with pitched roofs. Metal-clad gabled features have been introduced to represent the surrounding 19th century architecture as well as the features on Swanton House itself.

The apartments will include a mix of six three-bedroom flats, 24 two-bedroom flats and four one-bedroom flats, all with private balconies and built to a very high specification. 25 of the 27 car parking spaces will be fitted with electric vehicle charging points.