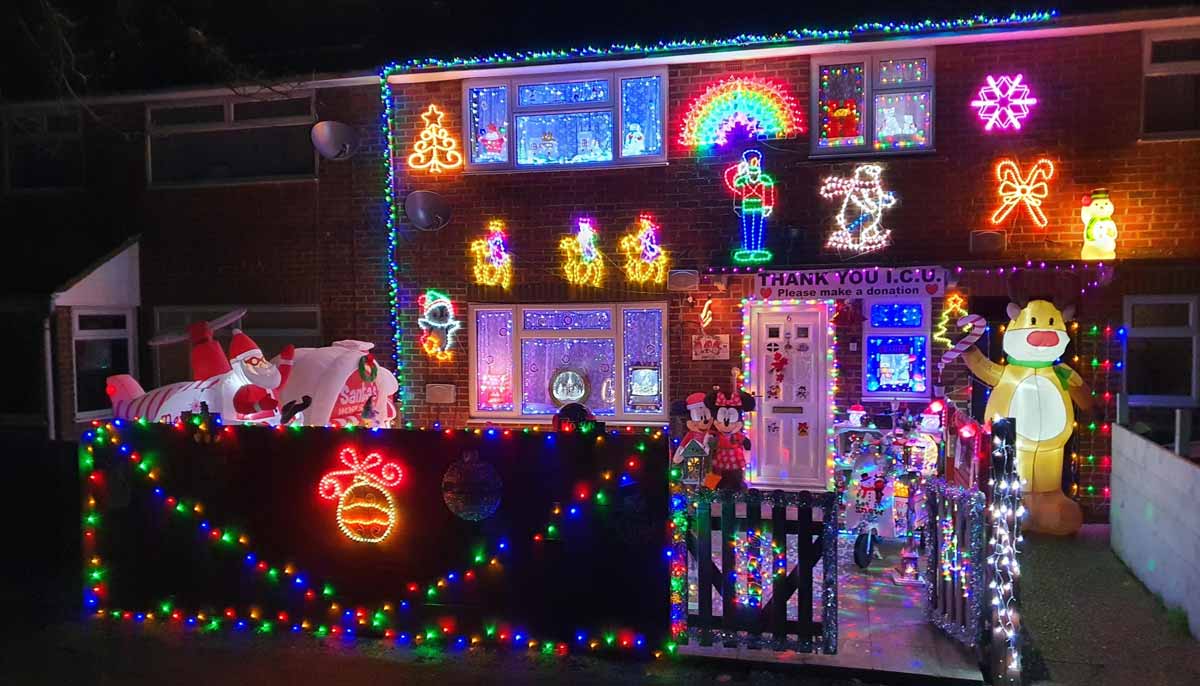 A family has raised hundreds of pounds as a way of thanking the NHS staff who saved their daughter’s life after she contracted Covid-19.

Jade Knight, 29, spent three days in the critical care unit at the William Harvey Hospital in Ashford, after her oxygen levels dropped to just 38 per cent – in a healthy adult it should be between 95 and 100 per cent.

Medical staff wanted to put her in an induced coma but Jade refused – and credits the team, and the support of her family and friends, with saving her life.

Jade with he family Photo: EKHT

Jade, who lives with her parents and brothers in Canada Close, Folkestone, said: “I thought I was going to die. It was terrifying, because all you hear is how many people die from Covid – you don’t hear about the survivors.

“I thought if they put me to sleep I would never wake up, so I wouldn’t let them. My friends and family spent the next three days calling and texting me and they really pulled me through.

“I can’t fault the staff on the critical care unit; they were amazing. I wouldn’t be here without them.”

The family always decorate their house for Christmas and have previously raised money to support a local homelessness charity and other good causes.

But this year they decided to collect donations for East Kent Hospitals Charity instead.

Mum Chris said: “It is our way of saying thank you – we wanted to do something to let them know how grateful we all are.

“One of the nurses who cared for Jade came to see the lights and that was a really emotional moment for us.

“We all caught Covid but it really hit Jade hard and we thought we were going to lose her. When I called the ambulance she was going blue around her mouth because her oxygen levels were so low.

“But the staff were fantastic and called us every hour to let us know what was happening.”

Dad Paul starts assembling the light display in September, and it is lit up throughout December. This year more than 250 families visited, and a total of £331.20 was collected. It will be used to support the critical care unit’s new 3 Wishes Project, helping to grant wishes at the end of a patient’s life.

The family also donated computer games consoles and games for children’s wards at the William Harvey and the Queen Elizabeth The Queen Mother Hospital in Margate, as well as treats for the staff who cared for Jade during her admission at the end of August.

Senior charity officer Dee Neligan, from East Kent Hospitals Charity, said: “Being able to save a life is thanks enough for our fantastic teams but we are so grateful to Jade and her family for these donations.

“Their efforts will benefit other patients and their families, and the treats for the staff will give the team a well-deserved boost.

“It was lovely to see how well Jade has recovered from her ordeal and to hear their praise for the critical care team.”

For more information on how to support East Kent Hospitals Charity visit https://www.ekhcharity.org.uk/