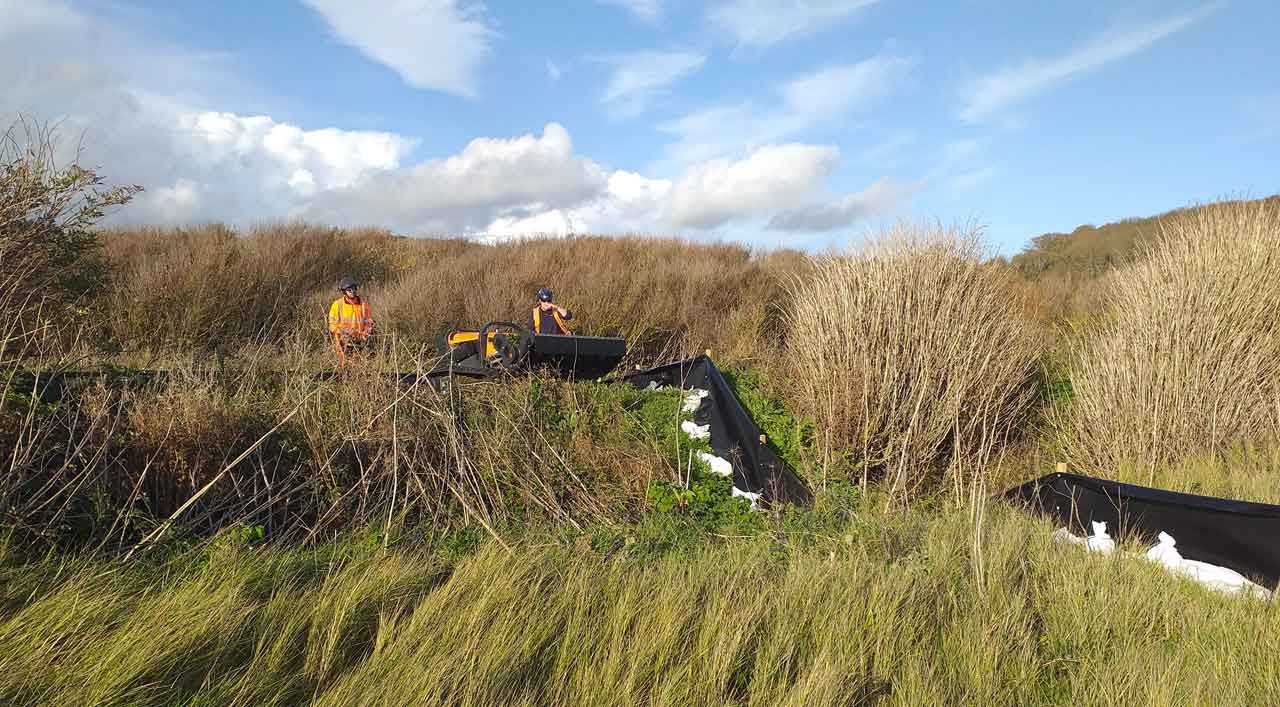 They claim investigations have revealed the presence of hazardous substances such as lead, arsenic and asbestos but the Conservative run Folkestone & Hythe District Council is determined to pursue the scheme in the face of mounting opposition.

It’s understood members of the council’s decision-making cabinet will receive a progress report on Wednesday (26 January)  and be asked to agree a revised budget, approve the build contract for the leisure centre and note the disposal of the residential land.

Investigations, while incomplete, are believed to have already revealed the presence of heavy metals including lead and arsenic; asbestos and polycyclic aromatic hydrocarbons (PAHs). Shepway Green Party is particularly concerned about the high levels of some of the PAHs including benz(b)fluoranthene which is a carcinogen.

As the Contamination Assessment drawn up by the council’s consultants makes clear, there are still significant uncertainties regarding the potential content of the landfill. Some of the potential remediation options such as removal of the landfill and landfill containment have already been ruled out as unfeasible leaving the council with limited options as to how to deal with the contamination.

The council’s latest moves, including awarding contracts to build and run a leisure centre on the site, are premature, just like the devastating clearance of vegetation last year. In September, Conservative councillors voted down a Green Party motion to postpone this work until the result of the public inquiry into the stopping up of the road is declared and planning permission for the surface water drainage works has been granted. Earlier, in March, local residents were given four days’ notice of the closure of the footpath beside the Royal Military Canal, but work, including cutting down trees was already under way.

Damage to wildlife and heritage

The council is continuing with the Princes Parade Development despite a vote in full council in 2019 to put a stop to it, which reflected widespread concerns about damage to local wildlife and heritage. Conservatives who control the council, supported by UKIP and independent councillors, justify Princes Parade on the basis that it will provide a new swimming pool for Hythe but have rejected investigation of an alternative location at Martello Lakes.

Councillor Lesley Whybrow, Leader of the Green group on the district council, says: “Contamination risks making Princes Parade a ticking time bomb for those who will be living there. In the wake of the Grenfell tragedy, we shouldn’t be ignoring warnings but taking extra care to ensure that housing is safe. The development at Princes Parade is unhealthy, unviable and unwanted and it is time, rather than throwing millions at it, to call a halt.”