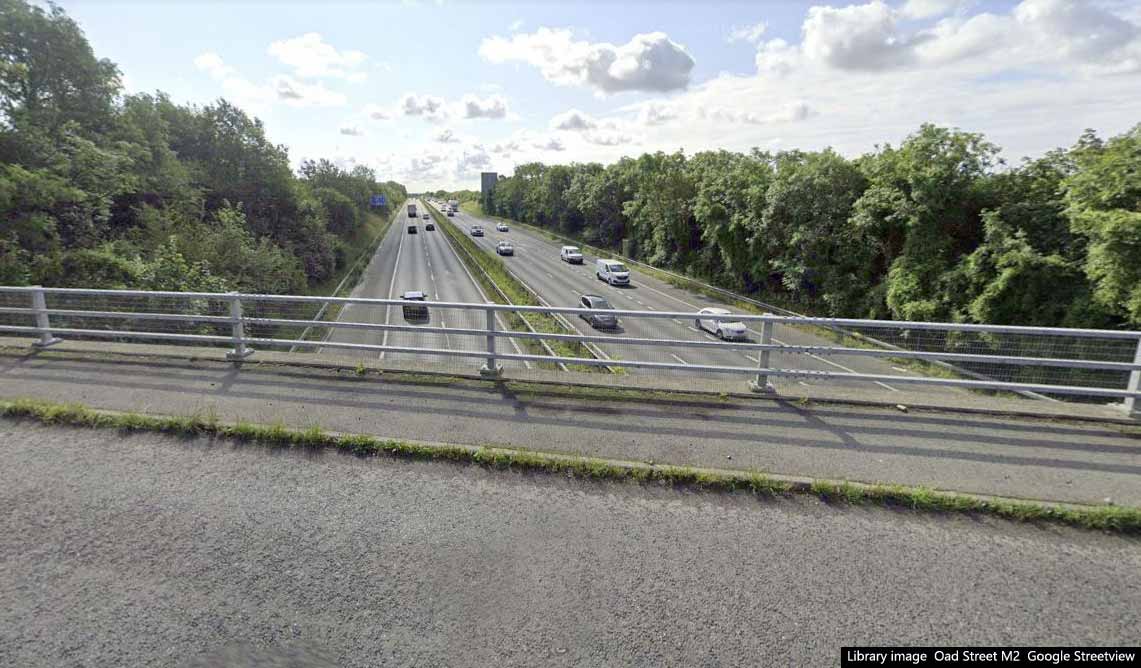 Dashcam footage is being sought after a stone thrown from a bridge in Borden struck a motorhome travelling on the M2.

The incident happened at around 4.30pm on Monday 24 January 2022 in the Oad Street area of Borden, Sittingbourne.

The driver, who was unharmed, told police that she saw three boys on the bridge prior to the incident. The stone hit the roof of the motorhome before colliding with the windscreen. The vehicle remained driveable and she reached a place of safety before calling the police.

Local patrols will now be paying particular attention to bridges in the area whilst carrying out their duties to prevent further incidents.

The investigation is ongoing and anyone with information, or dash cam footage that captures the incidents should contact Kent Police.

Chief Inspector Joel Mitchell, District Commander for Swale, said: ‘It is fortunate that no one was seriously injured in the incident. This behaviour is thoughtless and reckless, and we will not hesitate in taking action against those responsible. ‘This may seem to be a few minutes of excitement and fun to those responsible, but they are risking lives and their actions could result in a prison sentence.’

Anyone with information about the incidents can call Kent Police on 01795 419119 quoting the reference number 24-0898. You can also call the independent charity Crimestoppers anonymously on 0800 555111 or complete their online form.