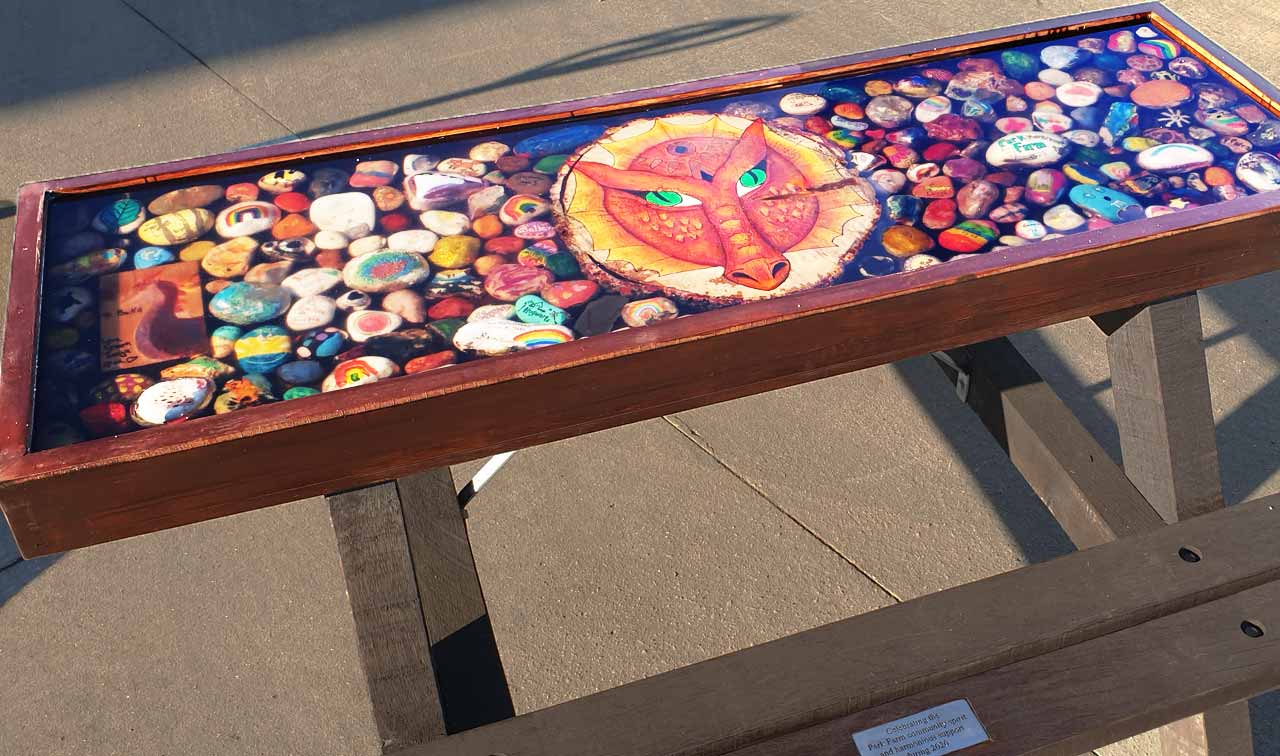 Residents in Park Farm, Ashford are being invited to come along for the installation of a colourful new picnic bench in a local playground.

The Mayor of Ashford, Cllr Callum Knowles, will be celebrating with the children, who were the inspiration for the bench, at 11am on Saturday 29 January by Park Farm Moat.

The Park Farm Dragon picnic bench is extremely special and unusual in that its creation has a story of great community spirit and hard work by the children during lockdown in summer 2020.

With the children needing activities to keep them occupied during such a difficult time, a resident with flair and artistic talent, Mrs Toni Bowe, encouraged the children from the area to collect and paint stones laying them in the pattern of a dragon on the path along the moat running parallel with the playground.

Stones of varying shapes, sizes, colours and patterns were added every day and it became known as the Park Farm Dragon.

Toni and Cllr Trish Cornish felt that it would be a great idea, having spent so much time on the Dragon Stone Project, if the children could have something to remember the fun they had during such a difficult period. Trish decided to award a proportion of her annual councillor ward grant to fund the project.

Having explored the possibility of how the stones could be displayed David Hartley from the council’s Aspire Landscape Management came up with a perfect solution to set the stones in the top of a picnic bench protected by layers of resin.

The stones were collected and the children were asked to repaint them. They were varnished and then Toni Bowe created an impressive wooden dragon head to act as the focal point of the stones. After giving up much of his valuable personal time, David revealed the final masterpiece.

This is a perfect example of everyone working together during an arduous chapter of our history and children who participated in the dragon stone project from both of the local primary schools, Furley Park Primary Academy and Kingsnorth Church of England Primary School have been invited to come along with their parents on Saturday 29 January at 11am to admire their stones and meet Mayor Callum Knowles.

Families attending may be interested to know that a fish and chip van is expected to be on site from 11am until around 2pm.