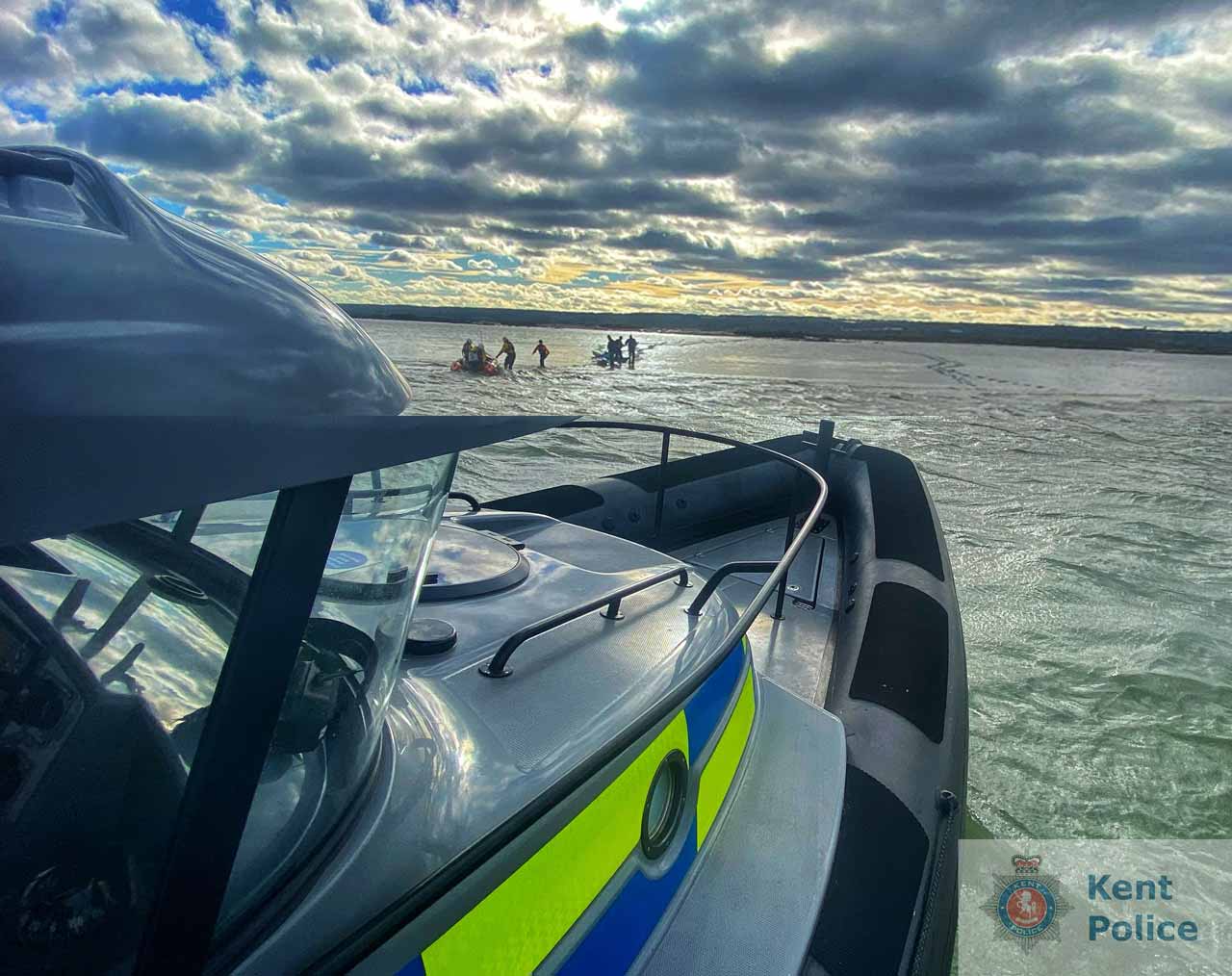 A water rescue involving the Kent Police Search and Marine Unit, the Royal National Lifeboat Institution and the Coastguard saved a group of kayakers from difficult conditions on the River Medway.

At around midday on Saturday 29 January 2022, the Coastguard received a 999 call which stated the kayakers had found themselves in strong winds and waves in the River Medway. They had consequently become stranded on Darnet Ness, a small island, and were in need of assistance.

The Kent Police Search and Marine Unit attended and got as close to the shoreline as possible before two officers swam to shore and negotiated around 100 metres of thick mud. They then reached the group and checked for signs of injury.

The RNLI Sheerness Lifeboat then attended and were able to get closer to the shore on a smaller Rigid Inflatable Boat (RHIB).

They were able to collect the stranded kayakers and transport them to Kent Police RHIB Invicta, as it could accommodate all of the group and their kayaks.

With the kayaks in tow, RHIB Invicta took all persons and kayaks to Gillingham Marina where the Coastguard was waiting for them. No one was injured in the incident.

Police Constable Ryan Duffy, from Kent Police’s Search and Marine Unit, said: ‘Thankfully no one was hurt and the group had the right equipment with them – dry suits, floatation devices, Very High Frequency (VHF) radios and mobile phones, and were able to call for rescue.

‘Even experienced water users can be caught out by strengthening winds and deteriorating weather, and need to have the ability to call for help if needed. I am pleased we were able to work with our partners to safely rescue them.’