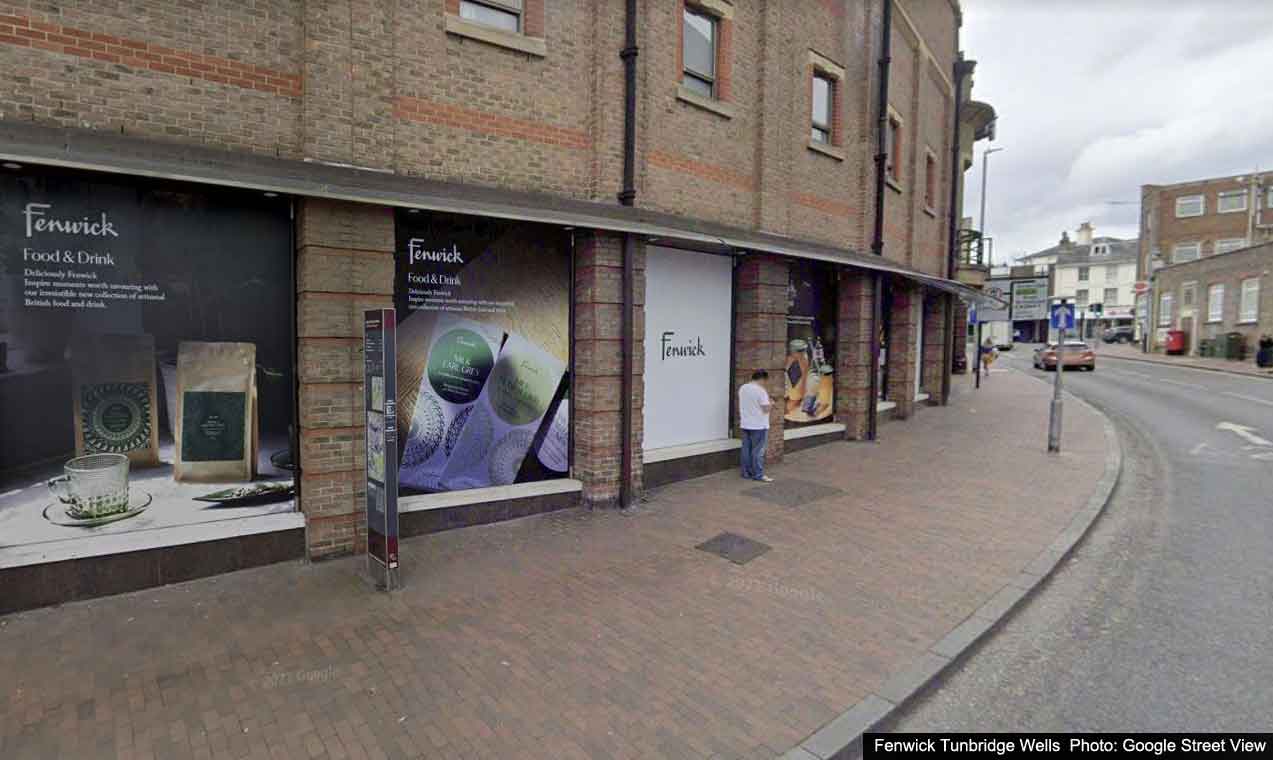 A suspected shoplifter linked to the theft of high value clothing from a store in Tunbridge Wells has been tracked to an address in London and arrested.

It is reported that on 25 January 2022, two men ran from the Fenwick department store in the town centre, having grabbed a number of coats from the menswear section. They were pursued by security staff but managed to escape from the scene. Patrols arrived and fast track enquiries identified a suspicious vehicle, which led the investigation to an address in Liston Road, Tottenham.

Officers from the Tonbridge Community Policing team arrived at the property on Friday 28 January, but when they entered a man fled on foot. He was found a short distance away, where he was detained by one of the officers during an arrest which was assisted by members of the public.

Sergeant Ash Boxall said: ‘The suspect was verbally and physically aggressive and I would like to thank the drivers who got out of their vehicles to assist one of our officers in making the arrest, until our colleagues also arrived at the scene. Unfortunately, those who helped got back into their cars before providing us any details.

The arrest was made in the Lansdowne Road area and we would like to thank them in person and also check if they have any important information, which could assist our investigation. If you were there, please contact us by calling 01622 604100, quoting reference 46/16190/22.’

The suspect, aged 30, from Tottenham, is currently bailed pending further enquiries to return to a police station on 24 February.