Watch out for new safer pubs in Folkestone and Hythe 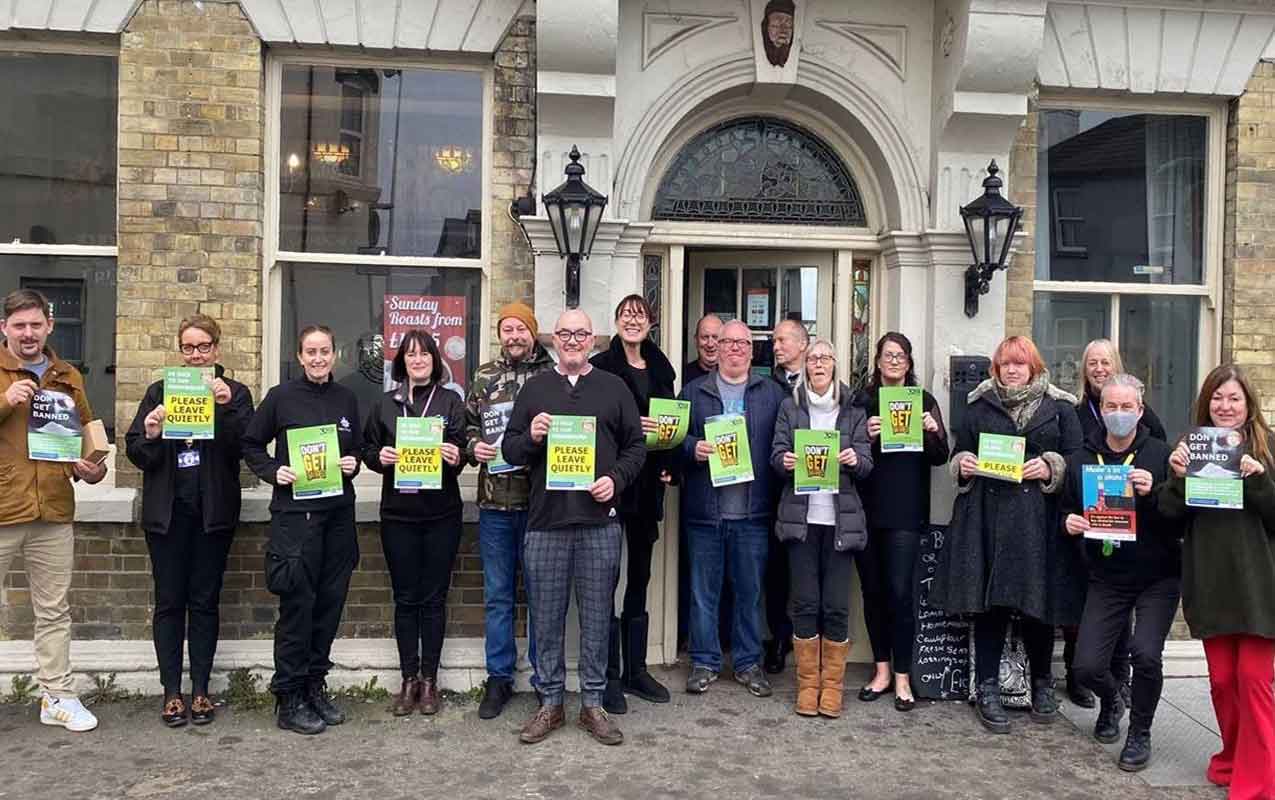 Pubs, bars, clubs and restaurants across the Folkestone and Hythe district are being encouraged to join the national Pubwatch scheme.

The voluntary initiative promotes good practice among licensed venues and aims to achieve safer drinking environments. It connects the venues and encourages communication regarding any customers that cause anti-social behaviour.

Everyone in the district that has been asked so far has agreed to sign up and there are currently more than 50 premises on board.

The first of the monthly meeting was held at The Fountain pub in Seabrook when staff from some of these premises were joined by representatives from F&HDC’s licensing team, Community Safety Unit, Folkestone Area Protection Against Crime and Kent Police.

The Fountain landlord Stewart Gregg said: “We’re really pleased to be joining the Pubwatch scheme. It is great to be connected with other licence holders so that we can share good practice and information about issues we are experiencing.”

Cllr Stuart Peall, said: “Pubwatch can make a real difference to improving the safety of people working and socialising in our district. Troublemakers will not be tolerated and they should be aware that if they misbehave in one venue, they could be banned from all the venues taking part in the scheme.”

Cllr Jenny Hollingsbee, said: “We’ve had a positive response so far from venues to Pubwatch, which is very encouraging. Members of the licensing team are working their way around the district to talk with licensees and their staff about the many benefits of the scheme and I hope to see even more establishments signing up.”

Details of Pubwatch can be found here: https://www.nationalpubwatch.org.uk/