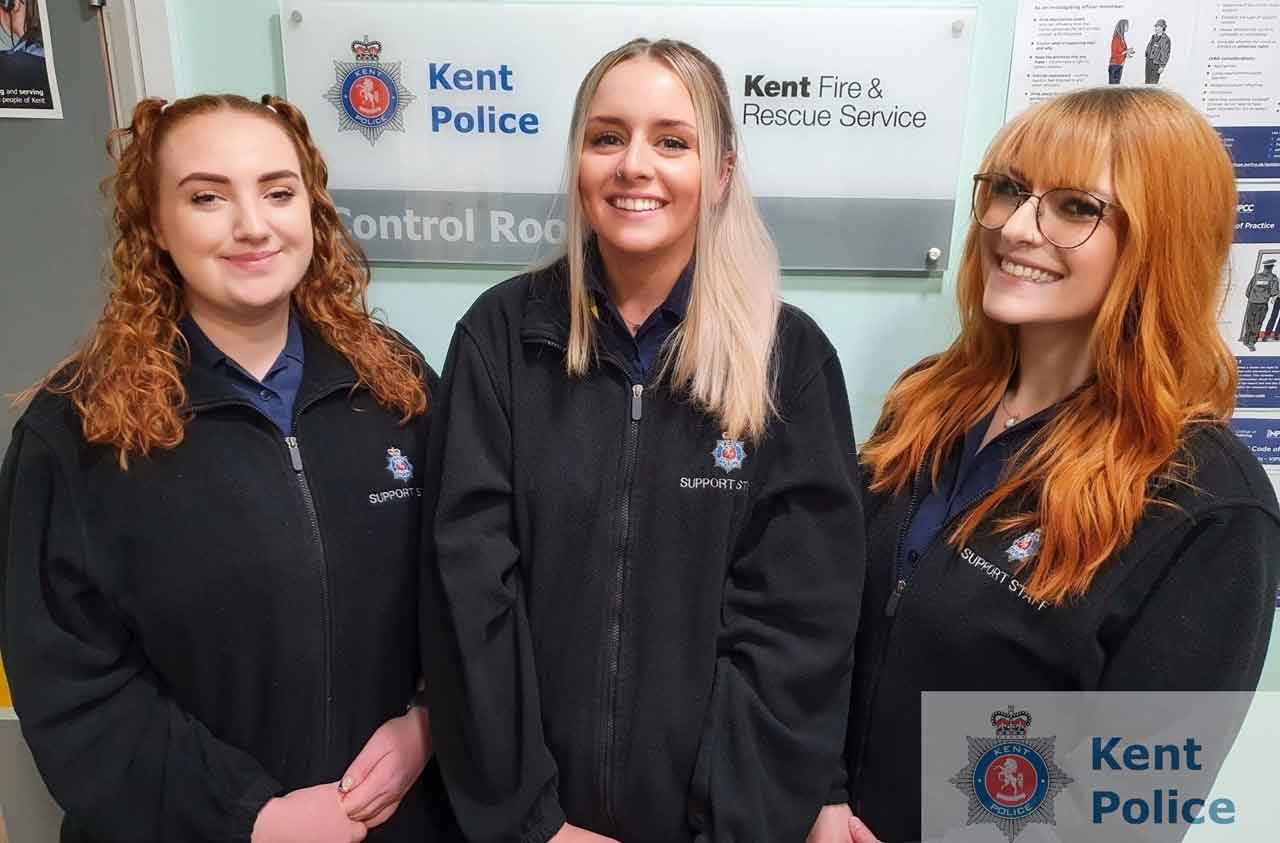 Three call handlers and dispatchers from Kent Police’s Force Control Room (FCR) have been commended for their actions in dealing with a serious incident whilst off-duty.

Friends Lucy, Abi and Amber, who work together in the FCR, were off-duty shortly before 5pm on Tuesday 4 January 2022 when they came across a serious road traffic collision in Hoath Way, Gillingham.

A pedestrian in her 70s had been involved in a collision with a car and was unconscious. Some members of the public had stopped at the scene with one performing CPR on the woman and others attempting to direct traffic on the busy dual carriageway.

Having completed first-aid training with St John’s Ambulance and previously worked as a lifeguard, Lucy utilised her skills in taking over CPR until South East Coast Ambulance Service arrived. She then remained with them until the patient could be taken to hospital.

Whilst Lucy was performing CPR, Abi and Amber worked at the scene to create a safe working environment for their colleague. The patient was lying in the live lane of a fast dual carriageway and the pair did their best to protect the dignity of the woman using a large scarf as a screen. This action also aimed to shield members of the public in the area, who were clearly distressed by the scene.

The woman was taken to a London hospital with her initial condition being described as life threatening. She has since been making good progress and remains in hospital, she is conscious and is making a gradual recovery.

Chief Inspector Lee Cheesman of Kent Police’s FCR said: ‘Lucy, Abi and Amber were not only brave, they were professional and compassionate. They have absolutely reflected the Kent Police values in doing the right thing and putting vulnerable people at the heart of what we do.

‘They managed a traumatic and potentially dangerous incident without a second thought, protected a life and made difficult decisions. I would like to thank them and commend them for what they have done. I am incredibly proud of them, a sentiment which, no doubt, is reflected by all at Kent Police.’