Customised shotgun and crossbows seized by Rural Team in Canterbury 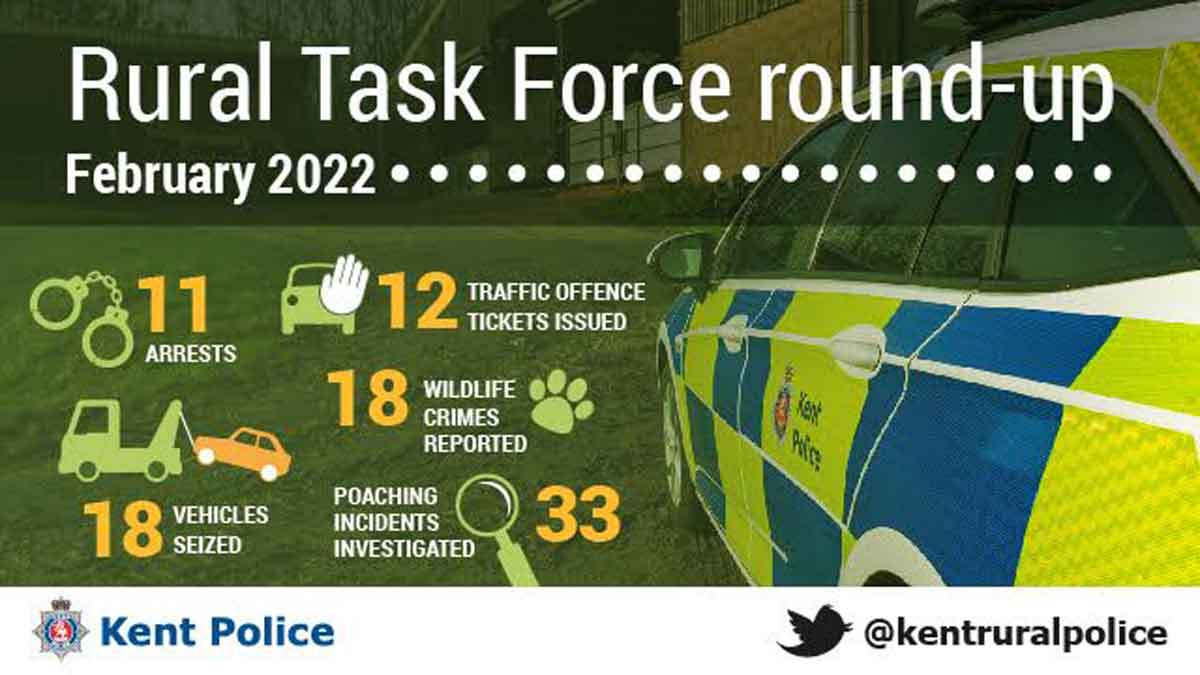 An adapted shotgun, crossbows and flashbangs were seized by officers from the Rural Task Force (RTF) who were carrying out an investigation after suspicions were raised about a man in Canterbury.

Officers carried out a search of the man’s house on 24 February 2022 where the items were located and seized. The owner, who is in his 50s, was arrested on suspicion of firearms offences and later released under investigation whilst enquiries continue.

He was one of 11 people detained by officers from the team in February. The RTF also seized 18 vehicles, reported 12 people for traffic offences, investigated 33 incidents of poaching and 18 wildlife crimes.

The team have been patrolling rural communities and responding to reports of hare coursing and this has led to nine people being issued with a Community Protection Warning for the offence. After the warnings were issued information on the offenders is shared with neighbouring forces within the seven-force collaboration to target hare coursing. This means that should the suspects commit further offences in neighbouring counties they can be taken to court.

The seven-force collaboration was set up in 2021 and involves forces coming together to offer a borderless response to hare-coursing. One of the main benefits of the initiative is the sharing of information which assists in holding repeat offenders to account.

Throughout the month the team took part on several days of action where they worked with local authorities to target those involved in fly-tipping. This led to one arrest, two people being reported to court and one person being issued with a fine for waste carrying offences.

Sergeant Darren Walshaw of the Rural Task Force said: ‘As we head into spring we continue to target those hare coursing and are working closely with our colleagues in the seven-force collaboration to effectively tackle the problem.

‘We have investigated 10 reports of livestock worrying, which is a concern as lambing season is underway. I cannot stress enough the importance of keeping your dog on a lead when it is near livestock, the consequences of letting a dog chase and attack sheep at this time of year can be devastating so please be responsible.’