Radical plans for Ship Street in Folkestone – Have your say! 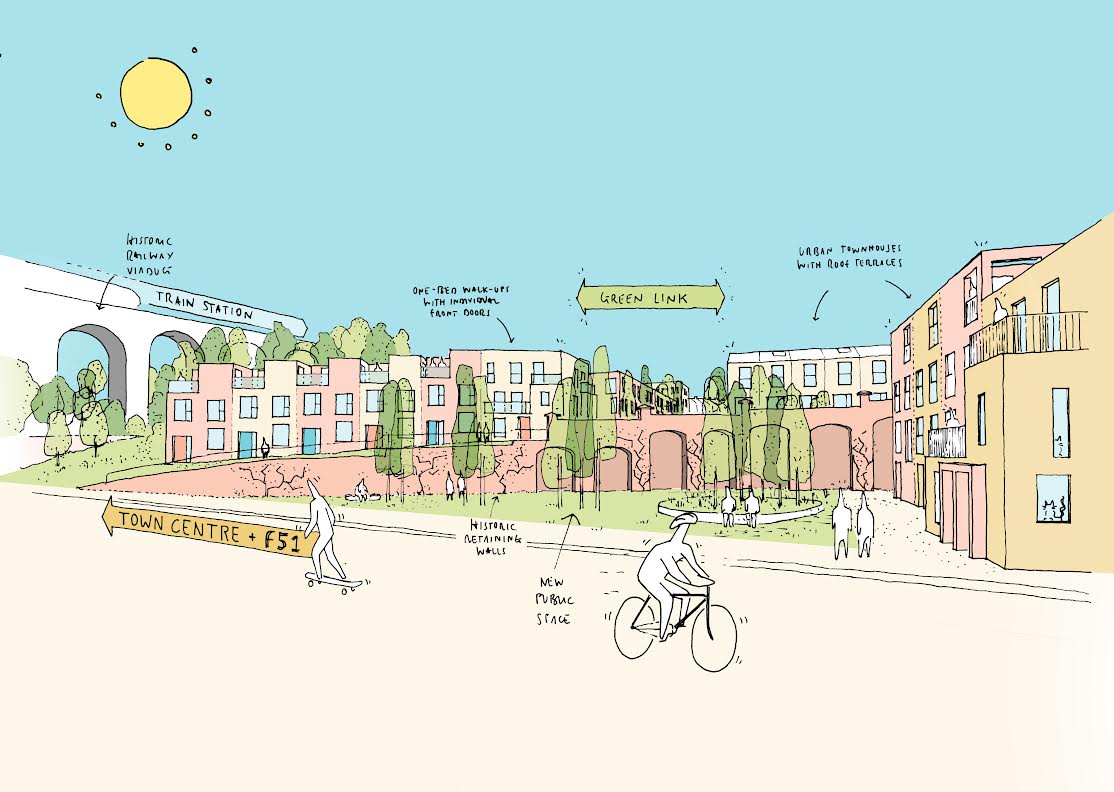 Artist sketch of the development

Residents are being invited to comment on ideas for a brownfield site that has been derelict for more than 60 years at a drop-in public engagement event later this month.

Folkestone & Hythe District Council is developing a detailed design brief for the former gasworks on Ship Street in Folkestone and is keen for local residents and stakeholders to give their views at an early stage.

An idea for the site is a mixed-use, housing-led development which could include a sustainable mix of energy efficient homes with courtyard gardens, space for small shops and cafés, and public creative and cultural space.

Images and information about the design ideas will be explained on display boards in the Quarterhouse, Mill Bay, Folkestone, CT20 1BN, on Thursday 24 March between 4pm and 7pm.

Anyone interested can drop in at any time during the three-hour session and there will be opportunity to comment on the ideas for the site. Those unable to attend will have a chance to have their say after this date – details will be added to the Ship Street section of the website.

Cllr David Godfrey, Cabinet Member for Housing and Special Projects, said: “The artist’s sketch we’ve released ahead of the event shows what an exciting future this 1.54 hectare site – parts of which have been derelict since the early 1960s – might look like.

“It’s an opportunity to develop sustainable housing to meet the needs of modern day living but also enhances the whole area. It would be fantastic for as many people as possible to take a few minutes to drop in, have a look and let us know what they think.”

With no private developers stepping in to develop the site, Folkestone & Hythe District Council bought the freehold of the former gasworks last year. By taking ownership, it will be able to drive the development forward and access any available funding for remediation work.

The scheme also plans to develop pleasant walking and cycling links between the harbour and Folkestone Central station.

Visit folkestone-hythe.gov.uk/ship-street for more information about the site’s history and bright future.