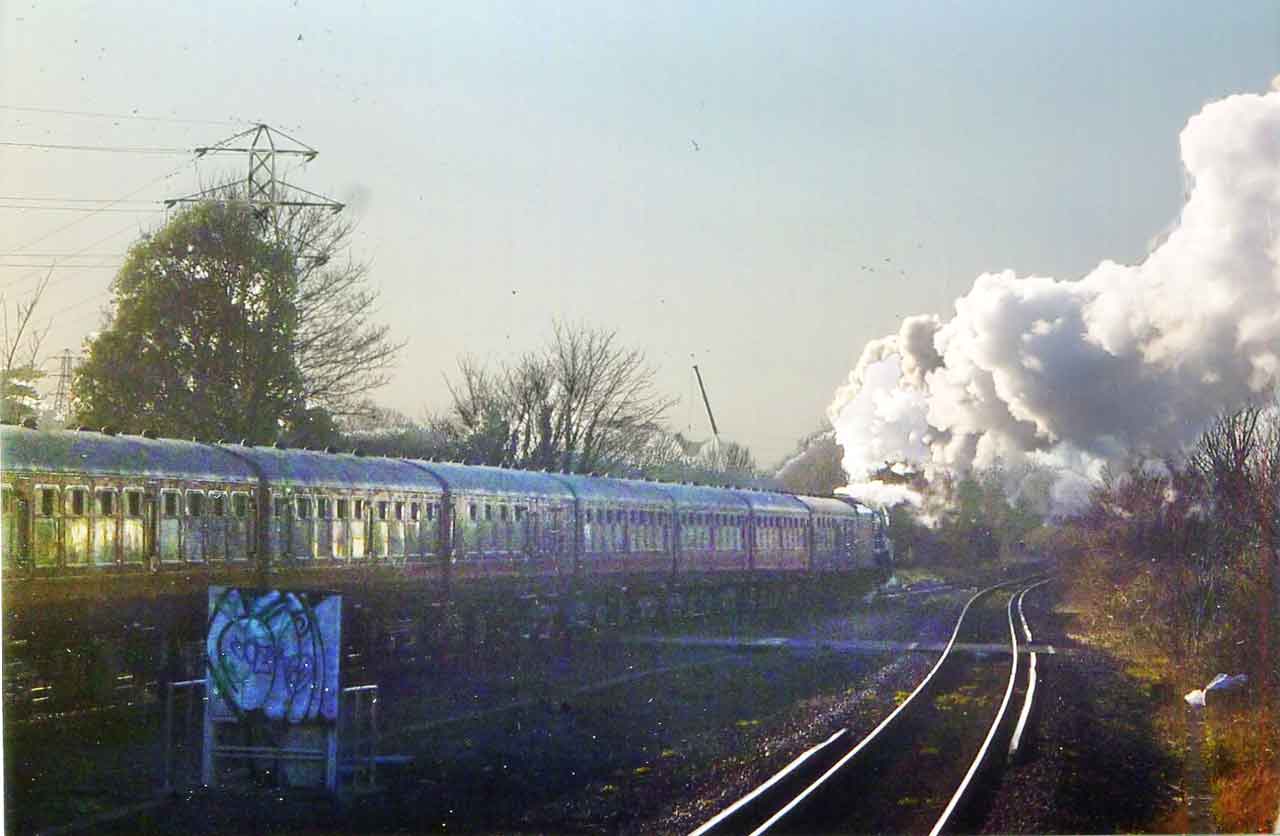 Hundreds gathered along some of Kent’s main railway lines including those at Canterbury West and Folkestone West stations for a spectacular view of the ‘Flying Scotsman’ steaming though the Kent countryside on Thursday afternoon.

Despite running late for most of the day, and taking a long route via Edenbridge, her inbound run from London Victoria to Canterbury, by the ‘World’s most famous steam locomotive and former LNER no. 4472 now 60103, ‘Flying Scotsman’ made her stately way across the County for the first time in more than fifty years, with a set of period carriages full of passengers.

Dozens gathered by St Dunstan’s rail crossing and hundreds more at Canterbury West, after visiting the souvenir stalls set up by the friends of the National Railway Museum – south group who also erected a large banner over the station forecourt, to welcome the train.

Later, in mid afternoon, the Flying Scotsman and train hauled a separate group of excursioners around the East Kent Coast via Minster, Deal, Dover Priory, under the cliffs of the Warren to a water-stop at Folkestone West where again well over one hundred people had patiently waited to greet the arrival.

On departure, the train ran to Ashford International and then the accompanying diesel engine reversed the excursion back to Canterbury West for passengers to alight. This allowed the Flying Scotsman to be the right way round for the return journey to London in the early evening with its original passengers.

At both stations people jostled on the platforms for the best positions to view and/or take photographs, whilst station staff and transport police kept visitors informed in a good mannered way about the delays, as well as ensuring safety measures were observed.

The 99 year old locomotive will make only one more main line trip this year before being withdrawn for work to prepare her for her Centenary year in 2023. How long it may be before she runs again in Kent remains to be seen.