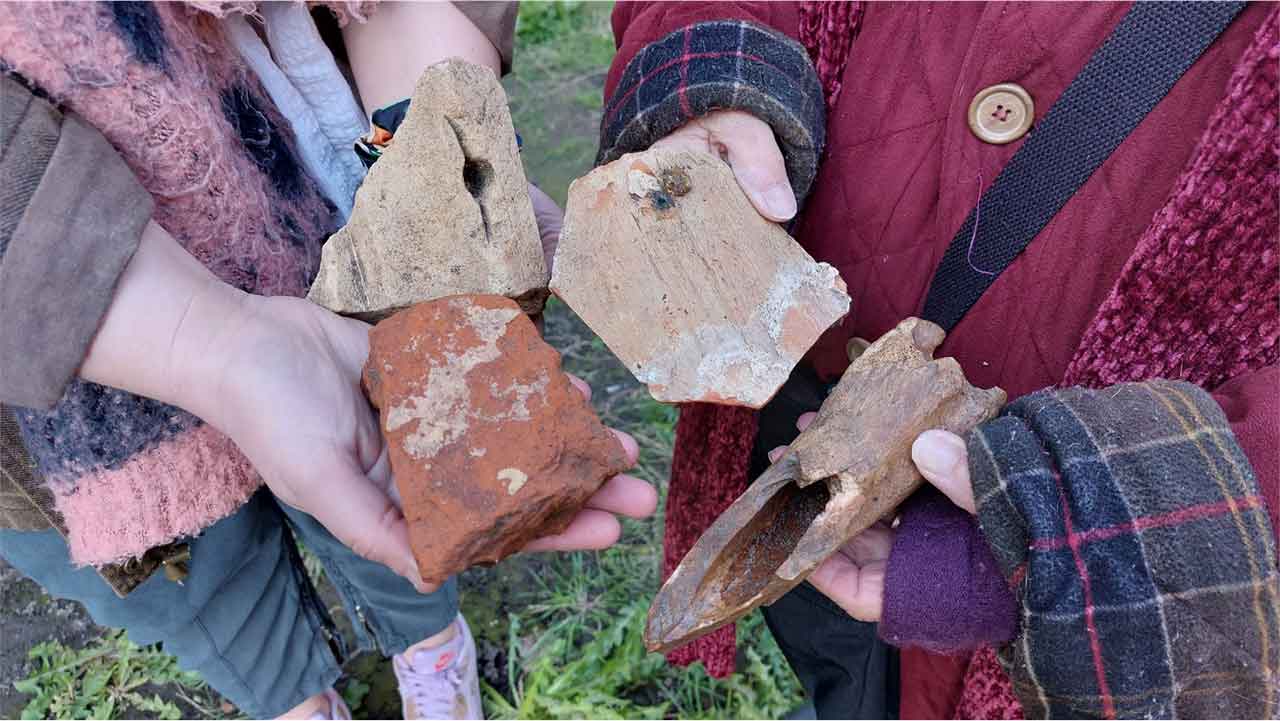 Ever wanted to be an archaeologist? Now’s your chance to get involved in a choice of three exciting community digs at Dover’s Maison Dieu led by the Canterbury Archaeological Trust.

The first dig takes place between 7-11 April 2022 and concentrates on an area around a blocked up medieval doorway just outside the historic Stone Hall.

It is hoped the excavations will uncover evidence of the past uses of the building as a medieval pilgrim hospital, Royal Navy victualling yard and Victorian Town Hall and prison.

A small test pit has already produced some intriguing finds, including fragments of medieval window tracery, butchered animal bone and a piece of decorated late medieval or Tudor floor tile.

The other digs take place between 25-29 July, and 8-12 September – one on a patch of grass adjacent to the nearby Biggin Hall and the other beneath a municipal flowerbed on the other side of the River Dour. Both locations were part of the wider Maison Dieu site until the early 19th century.

Participants will be offered a choice of roles – from excavating and washing finds, to engaging with visitors or running a mini-dig for families.

Volunteers are expected to commit to at least three days work and attend a briefing session on 6 April. The opportunity is open to anyone age 18 plus and full training will be given.

Young people, age 18 to 25, are particularly welcome, including those currently unemployed or looking for work experience opportunities.

If you are interested in joining The History Diggers team, please contact Martin Crowther (Maison Dieu Engagement Officer) at martin.crowther@dover.gov.uk

Each dig will be open to the public. See www.maisondieudover.org.uk for further details.