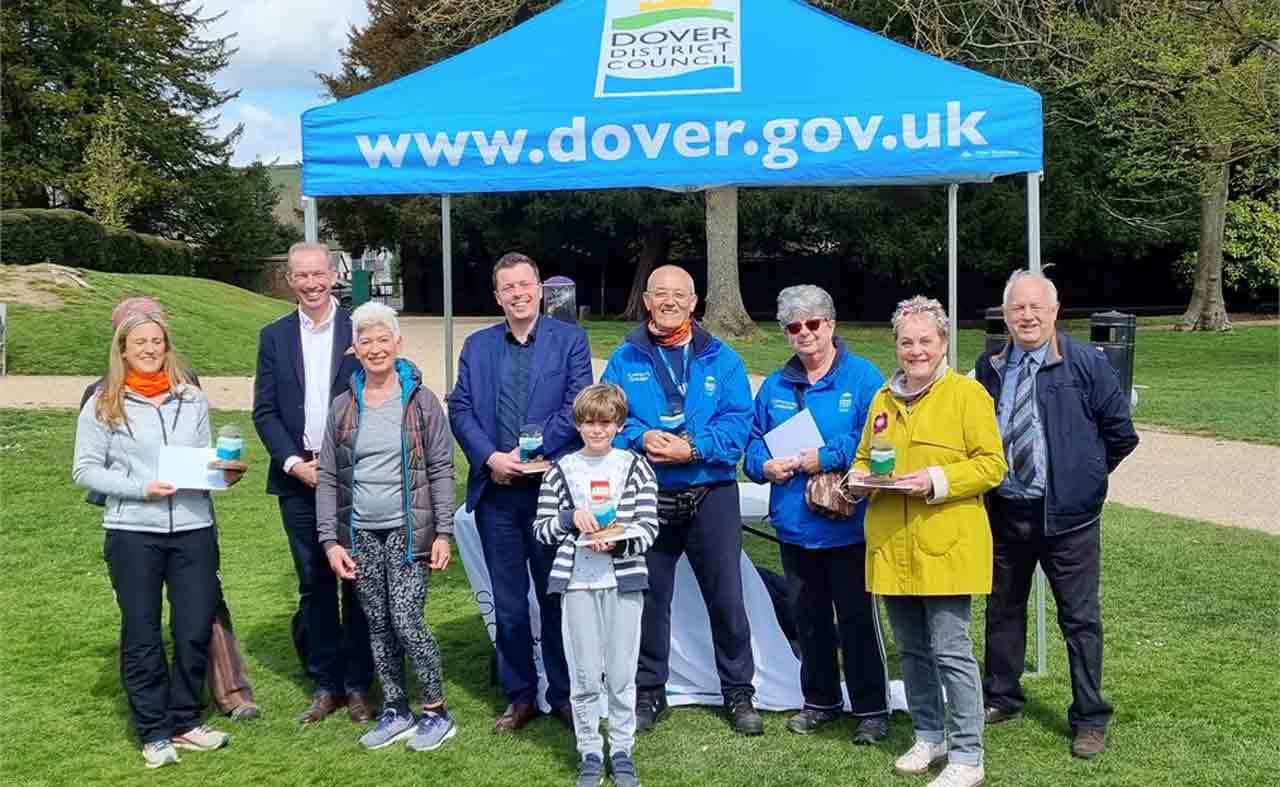 Dover District Council has celebrated some of the district’s unsung community heroes with their brand new Environmental Hero awards – thanking those who work tirelessly to make the district a cleaner and greener place.

A special prize giving ceremony was held at Kearsney Abbey on Saturday to recognise local Environmental Heroes, and to bring the Great British Spring Clean campaign to a close for the district this year.

The awards were split into five different categories, and the winners were:

There was a total of 47 entries, which were judged on inspiration, achievement, and environmental impact. The winners of each category have received an award trophy and a £50 voucher.

Cllr Martin Bates, DDC Cabinet Member for Regulatory Services said: “We’re delighted to announce the winners of our new environmental awards scheme, and to congratulate everyone involved. These awards were a great way to recognise our local volunteers, community groups, schools and businesses, and celebrate all the work they do to help make our district a cleaner and greener place to live.”

Cllr Trevor Bartlett, Leader of Dover District Council, said: “This beautiful setting was a fitting way to round off the Great British Spring Clean, which has been a great success across the district. The theme of the campaign from Keep Britain Tidy was one bag makes a difference. We pledged to collect 200 bags of waste, and despite the weather, we’ve collected over 300 bags. We thank everyone in our communities for this fantastic support, and thank all our Environmental Heroes.”

For more information on the awards, and the Great British Spring Clean, please the DDC website at www.dover.gov.uk/GBSC

Details of the winners of the five categories of DDC’s Environmental Hero awards are: