Folkestone schoolgirl reunited with nurse after being born 3 months premature 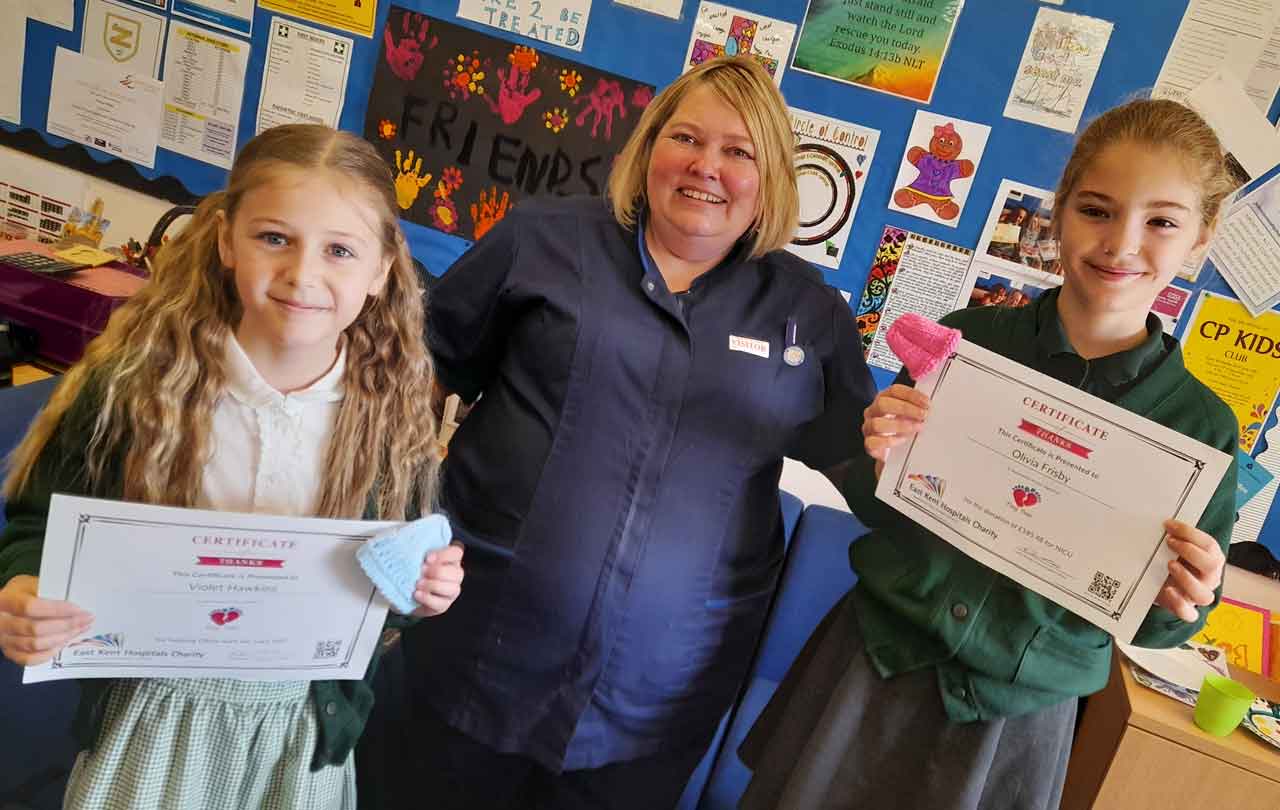 ‘You were absolutely tiny – look at you now!’ Photo: EKHT

A schoolgirl was reunited with the nurse who cared for her when she was born three months early, after she raised hundreds of pounds to help other premature babies.

The nine year old handed over almost £200 to matron Melanie Mears during an assembly at the school on Wednesday – and Melanie revealed she had looked after Olivia as a newborn.

Olivia was helped by her friend Violet Hawkins, eight, and the pair were presented with certificates from the charity to thank them for their efforts. (picture top of page)

Head teacher Liz Carter said the whole school was proud of them.

She said: “We are incredibly lucky to have so many remarkable individuals within our school.

“Olivia came up with a really fantastic idea, and Violet helped make it happen.

“They raised a phenomenal amount for such a small school, and I as head and the whole school are so proud of their achievements. For little people, they have made a mighty difference.”

The money will be used to buy fairy lights for the babies’ cots, and for MP3 players so grandparents and siblings can record messages for them.

Olivia, who also donates presents for children in hospital at Christmas each year, said: “I wanted to raise the money because when I was born I was very premature and the premature baby unit was very good with me and took care of me.

“I am glad that other babies will be helped with the money and I think the fairy lights and MP3 players are a lovely idea.”