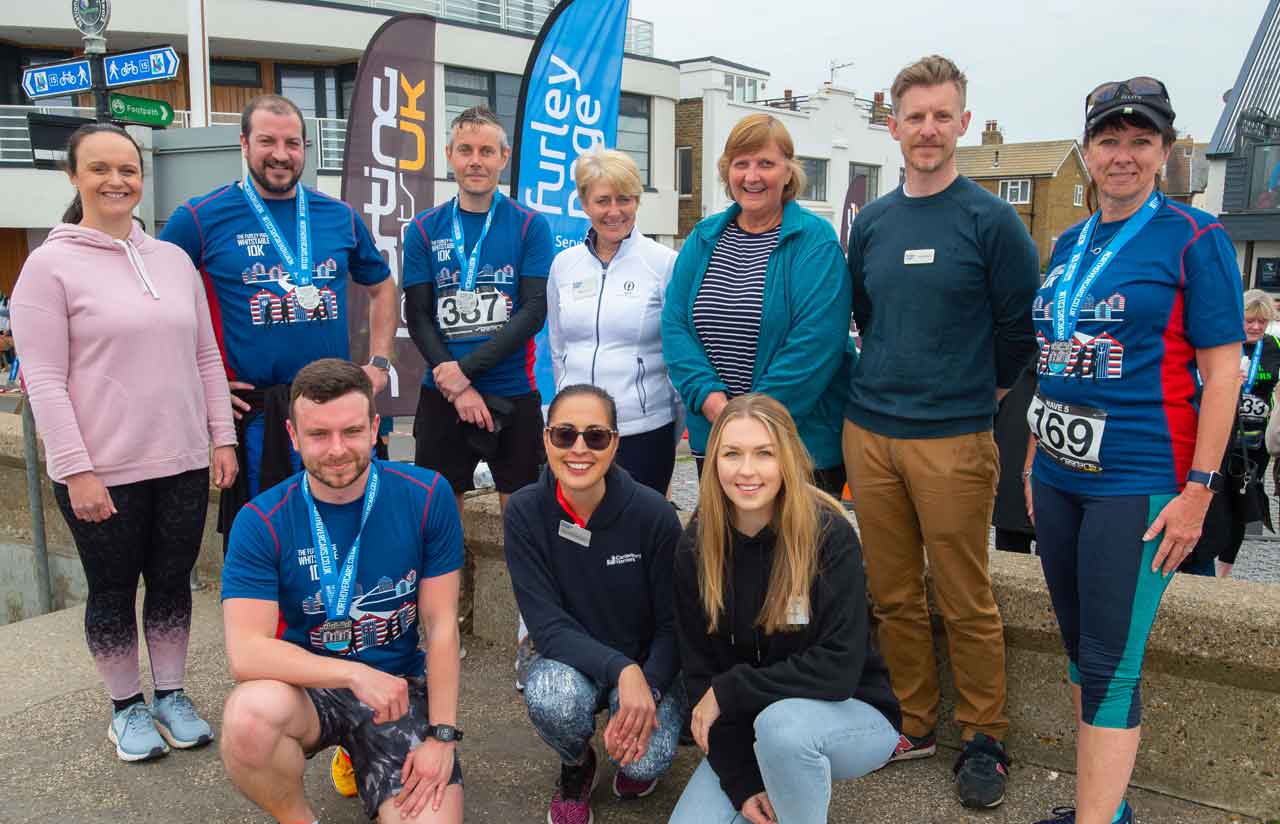 Thousands of people flocked to Whitstable to watch nearly 650 runners complete the Furley Page Whitstable 10k road race, which was held on Monday (2 May 2022).

Caroline Arckless was the first woman across the line with a time of 41 mins 57 seconds, holding off competition from runner-up Aoushka Johnson of Central Park Athletics, with Tereza Grainger-Francova of Dartford Harriers following up in third.

Local law firm Furley Page, who entered their own team, sponsored the event for the first time this year.

Joshua Williams, a Partner based at Furley Page’s Whitstable office, said: “The Whitstable 10k is a fantastic community event which promotes health and wellbeing, while attracting thousands of visitors to the town over the Bank Holiday.

“As a local business, we were delighted to have the opportunity to be lead sponsor for this year’s event, which provided a wonderful spectacle and proved once again why this race is one of the most popular events in Kent’s sporting calendar.”

Organised by Canterbury Harriers running club in partnership with Sporting Events UK, the Whitstable 10k is now in its 22nd year, and the popular running race attracts thousands of entries from runners keen to test their endurance and push for a personal best along the mainly flat seafront course.

Melanie Christodoulou who is an Associate at Furley Page and Chair of Canterbury Harriers said: “We had ideal running conditions for the event, and we were delighted to see such a fantastic turnout from competitors and supporters alike. Congratulations to all those who took part and completed the course!”