Locomotive and track stolen from East Kent Railway near Dover 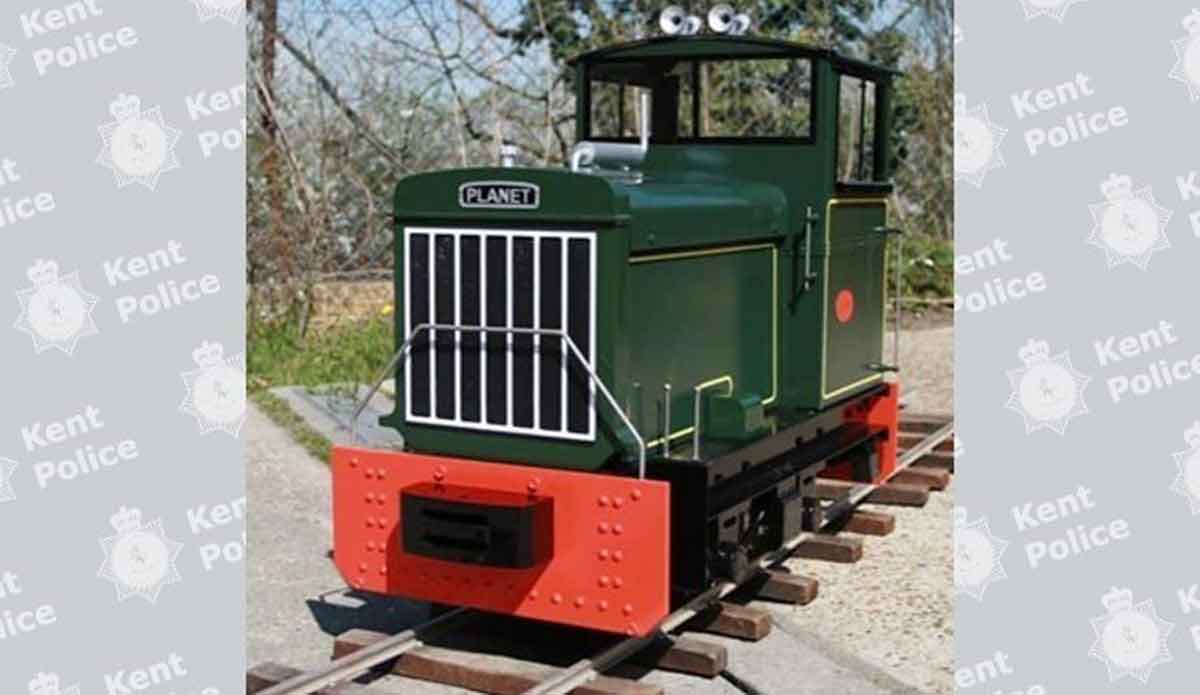 The narrow gauge locomotive which was stolen

A CCTV image has been released by officers investigating the theft of items from a charity near Dover.

On the morning of Wednesday 27 April 2022, thieves broke-in to the East Kent Railway Trust in Station Road, Shepherdswell and stole items including a narrow gauge locomotive, a points handle and lengths of miniature railway track.

An investigation into the thefts is ongoing and officers have released a CCTV image of a man who may be able to assist enquiries.

Investigating officer PC Tom Booth said: ‘We believe the man in the CCTV image may be able to assist us, and although the picture is slightly blurry, he may still be recognisable to those who know him.