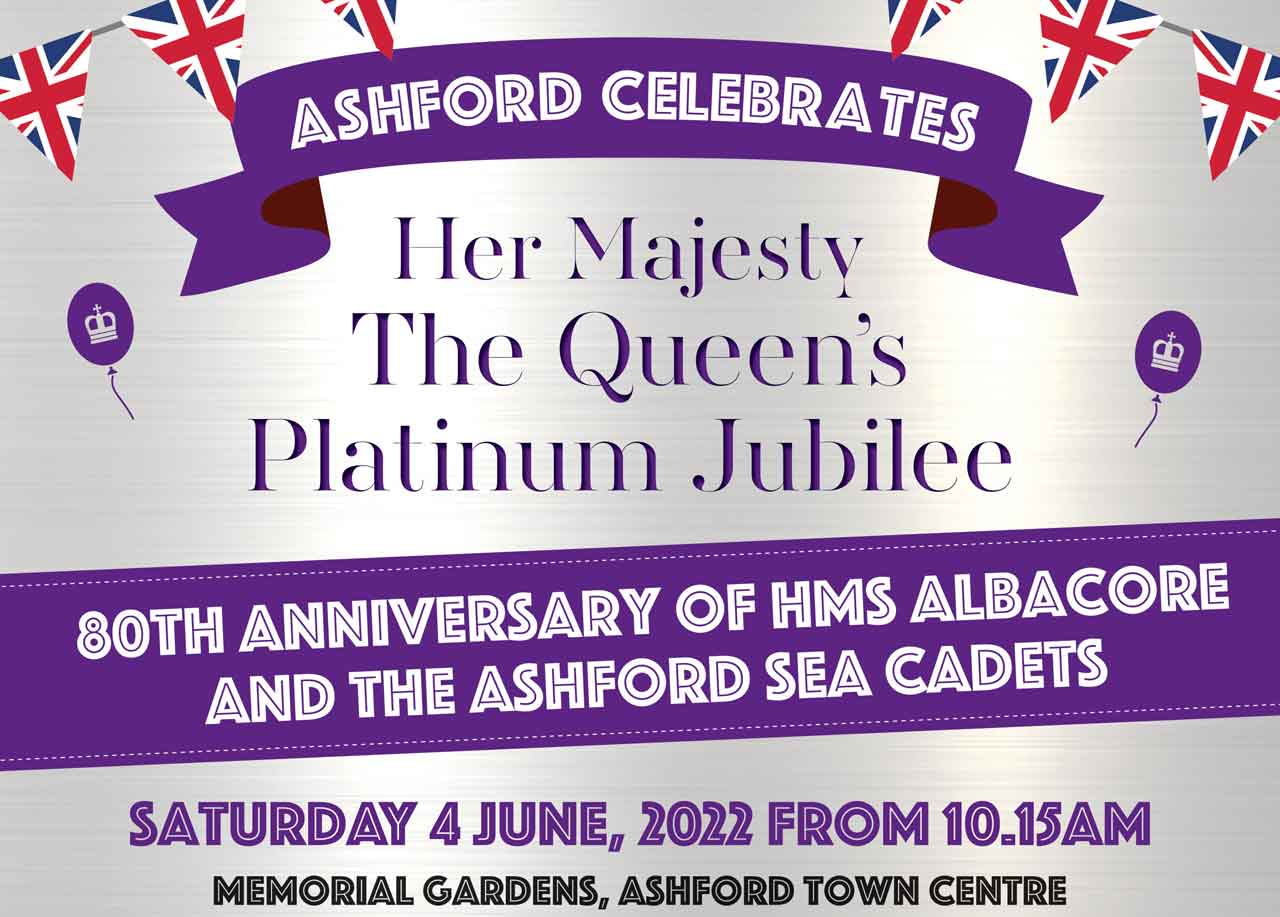 The commemorative service and unveiling of the new dedicated memorial for HMS Albacore, will take place at Memorial Gardens, Ashford town centre, on Saturday 4 June, starting at 10:15 and ending approximately at 11:45am.

The service will be led by the Chaplains of both the Ashford Sea Cadets and Mayor Elect which will include the ceremonial presentation of the new HMS Albacore flag to the Mayor.

Ashford Sea Cadet band will be playing before and after the ceremony with a repertoire of music from the seven decades of the Queen’s reign.

Interpretation panels are being installed by the new memorial to tell the story of Warship Week in 1942, HMS Albacore and the 80th Anniversary of the Ashford Sea Cadets.

In Britain’s time of need, the people of the Ashford borough came together and staged a successful week of fundraising in February 1942. And so on the 16 June 1942 HMS Albacore, the borough’s chosen warship and crew were officially adopted and later that month the Ashford Sea Cadet Unit was established and affiliated to HMS Albacore.

During the war, despite being under constant bombardment, the crew of HMS Albacore patrolled the Mediterranean north of Africa sweeping mines and clearing the waters to enable the Allied invasions of North Africa, Sicily and Italy.  This ultimately lead to HMS Albacore earning battle honours in North Africa (1942 – 1943), Sicily (1943), Salerno (1943) and Anzio (1944).

Everyone is welcome to come along and join in the commemorative service. Entry is free.

You can find out more about the history of Warship Week 1942, HMS Albacore and the Ashford Sea Cadets at the Ashford Borough Museum, Ashford town centre, where you will see a HMS Albacore Commanding Officer’s uniform and crest on display or head to www.ashford.gov.uk/Albacore.