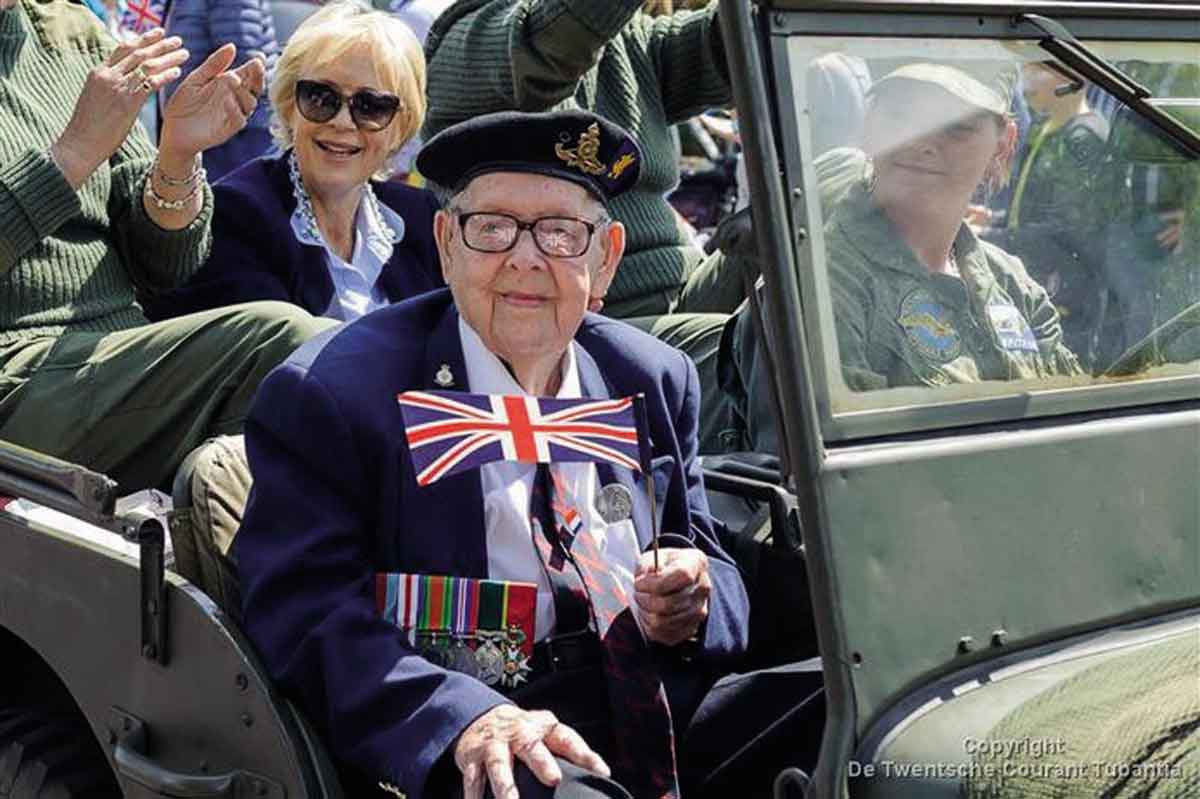 The story of Kent veteran Albert Figg, who spent the last 30 years of his life creating a memorial to comrades killed in one of the bloodiest battles of World War Two, is to be told to British forces all over the world as part of the Queen’s Jubilee celebrations.

Albert, who died in 2017 at the age of 97, was the inspiration behind A Canterbury Tale; Albert Figg and The Battle for Hill 112, a documentary film produced and directed by Kent film-maker Peter Williams for the Kent-based Hill 112 Memorial Foundation.

The documentary, which premiered in Canterbury last month, has now been bought by the British Forces Broadcasting Service (BFBS) and will be shown on Forces TV and to all British forces on 2 and 3 June.

Announcing the broadcast, Nicola Green of BFBS said: “This is a soldier’s story of heroism, determination and achievement, relevant to servicemen and women everywhere. It is also the story of a battle which, amid all the coverage of D Day and the weeks that followed, has not had the attention it deserved. We are delighted to have secured it for its first broadcast.”

BFBS started broadcasting from Algiers during World War Two during the North Africa campaign and made its first television broadcasts in 1975. Satellite broadcasting now enables BFBS to reach more than 20 countries where British sailors, soldiers and airmen and women are stationed.

The Hill 112 Memorial Foundation was set up to complete Albert Figg’s mission to complete a memorial to the 7,000 men who died on Hill 112 as the Allied forces struggled with the might of Hitler’s Panzers to extend their foothold on the coast of Normandy following the D-Day landings in June 1944.

Albert’s daughter Annette Oliver, who chairs the Foundation, said: “My father would be so proud that the film’s first broadcast will be to the servicemen and women who, as he was, are devoted to the defence of this country.

“The battle for Hill 112 roused memories of the carnage of the first world war and had a profound effect on him, so it is appropriate that its first audience should be made up of those who are today putting their lives on the line for the safety of this country today.”

She said she was “very moved” that the broadcasts would be part of the programmes marking the Queen’s Jubilee. The film can be seen in the UK on Forces TV on Thursday 2 June at 3.25pm and again at 7.30am and 2.40pm on Friday 3 June.

The Foundation is working hard to raise £200,000 to complete and maintain the memorial on Hill 112.

There is more information at www.thehill112.com