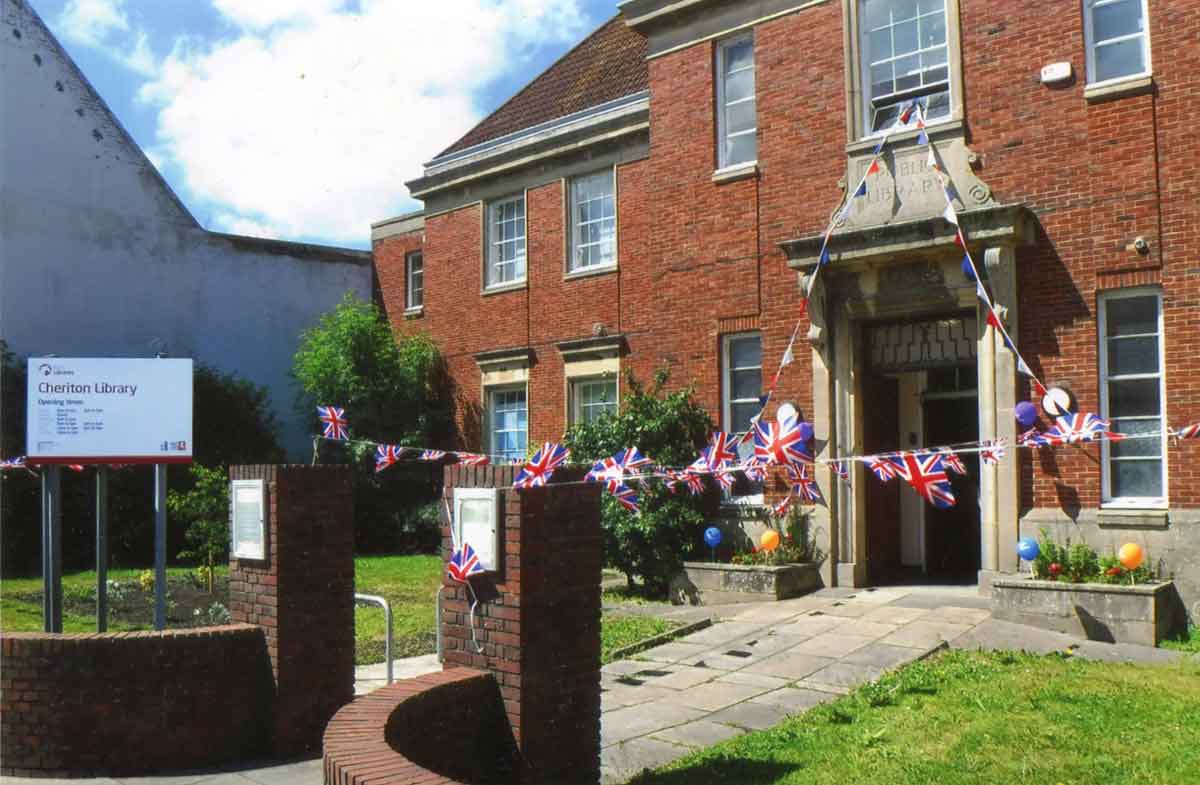 Words and pictures by Ray Duff – Around 50 people came along to the official launch of the re-furbished library in Cheriton on Thursday afternoon.

The work had been completed on time by last February but the day had been planned to coincide with other events.

The internal areas of the upper floor library have been completely re-vamped with new lighting, to save on energy, the walls repainted, a new larger reception desk and an enlarged and refurbished children’s section.

During the reception there was a local history photographic display by local historian Vince Williams to view alongside the Jubilee display as well as people using the facilities while the event took place. Members of many library going communities, including the Nepalese who have their community centre on the ground floor, were in attendance alongside staff, local councillors and KCC officials.

The event and indeed the refurbishment works were officially opened by James Pearson, Head of Registration & Library services at Maidstone and Cllr Mike Hill, KCC Cabinet member for Library services.

They both thanked the refurbishment team, and the local mangers and staff for their work, patience during the work, and ongoing support. Mr Pearson also read out some statements from library-goers who were much impressed by the new format and saying how much they appreciated the library being there. One recounted how it had helped her through the early days of the pandemic.

After the opening, everyone proceeded downstairs to the front garden of the building; which had been decked out with many flags, to watch the Jubilee tree-planting undertaken by librarian Suzie MacIntosh and Councillor Hill which is part of the revamp of the Library forecourt area.