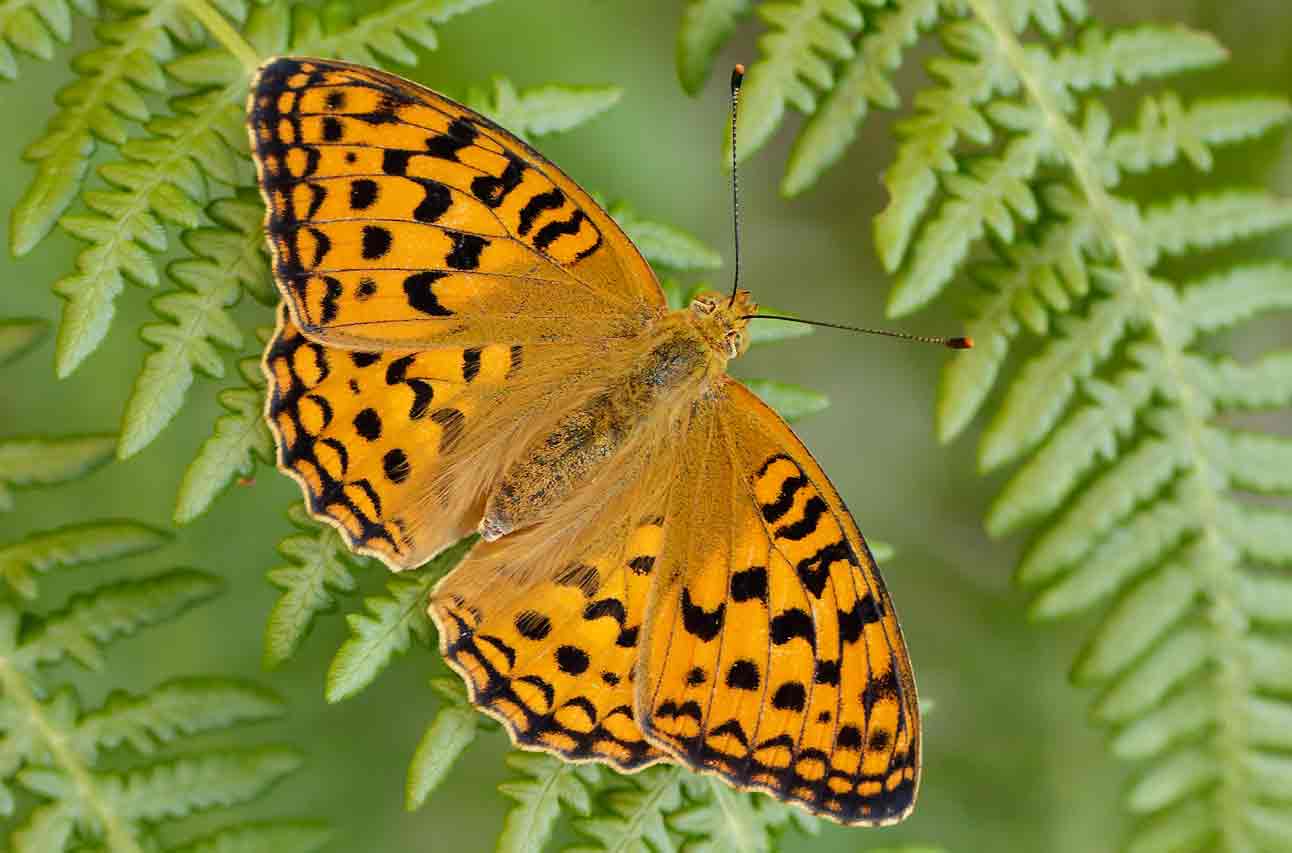 24 species of butterfly are now listed as threatened – including 8 that are Endangered – representing a substantial increase compared with the previous assessment.

The risk of extinction is increasing for more species than decreasing.

There is some hope for species that have been the focus of intense conservation work and have been brought back from the brink of extinction.

Using data gathered by volunteers through the UK Butterfly Monitoring Scheme and Butterflies for the New Millennium recording scheme, scientists from Butterfly Conservation have put together the new Red List, which assesses all the butterfly species that have bred regularly in Great Britain against the rigorous criteria of extinction risk set out by the International Union for Conservation of Nature (IUCN).

The new Red List is published today in the journal Insect Conservation and Diversity.

Of the 62 species assessed, four are extinct in Britain (Black-veined White, Large Tortoiseshell, Large Copper, and Mazarine Blue) with 24 (41% of the remaining species) classed as threatened (8 Endangered, 16 Vulnerable) and a further five (9%) as Near Threatened.

Head of Science for Butterfly Conservation, Dr Richard Fox, says: “Shockingly, half of Britain’s remaining butterfly species are listed as threatened or Near Threatened on the new Red List.

Even prior to this new assessment, British butterflies were among the most threatened in Europe, and now the number of threatened species in Britain has increased by five, an increase of more than one-quarter.

While some species have become less threatened, and a few have even dropped off the Red List, the overall increase clearly demonstrates that the deterioration of the status of British butterflies continues apace.”

While land-use change remains the most important driver of decline, the impact of climate change on butterflies is also evident in the new Red List, with all four British butterflies with northerly distributions, adapted to cooler or damper climates, now listed as threatened (Large Heath, Scotch Argus, Northern Brown Argus) or Near Threatened (Mountain Ringlet).

Both the Large Heath and the Grayling have moved from Vulnerable to Endangered, and seven species have moved from Near Threatened to threatened, including the beautiful Swallowtail and Adonis Blue.

Two new species have been added for the first time, Scotch Argus, which is listed as Vulnerable, and Dark Green Fritillary, listed as Near Threatened.

It isn’t bad news for all butterfly species though, with some improvement in status for those that have been the focus of concentrated conservation effort, offering hope for other species.

The High Brown Fritillary, also formerly listed as Critically Endangered, has moved to Endangered; likely to be the result of intense conservation work from Butterfly Conservation alongside other organisations.

The Duke of Burgundy and Pearl-bordered Fritillary, which have also benefitted from much targeted conservation effort, both moved from Endangered to Vulnerable.

Dr Richard Fox adds: “Where we are able to target conservation work, we have managed to bring species back from the brink, but with the extinction risk increasing for more species than are decreasing, more must be done to protect our butterflies from the effects of changing land management and climate change. Without action it is likely that species will be lost from Britain’s landscapes for good, but Butterfly Conservation is taking bold steps to improve key landscapes for butterflies and reduce the extinction risk of many threatened species.”