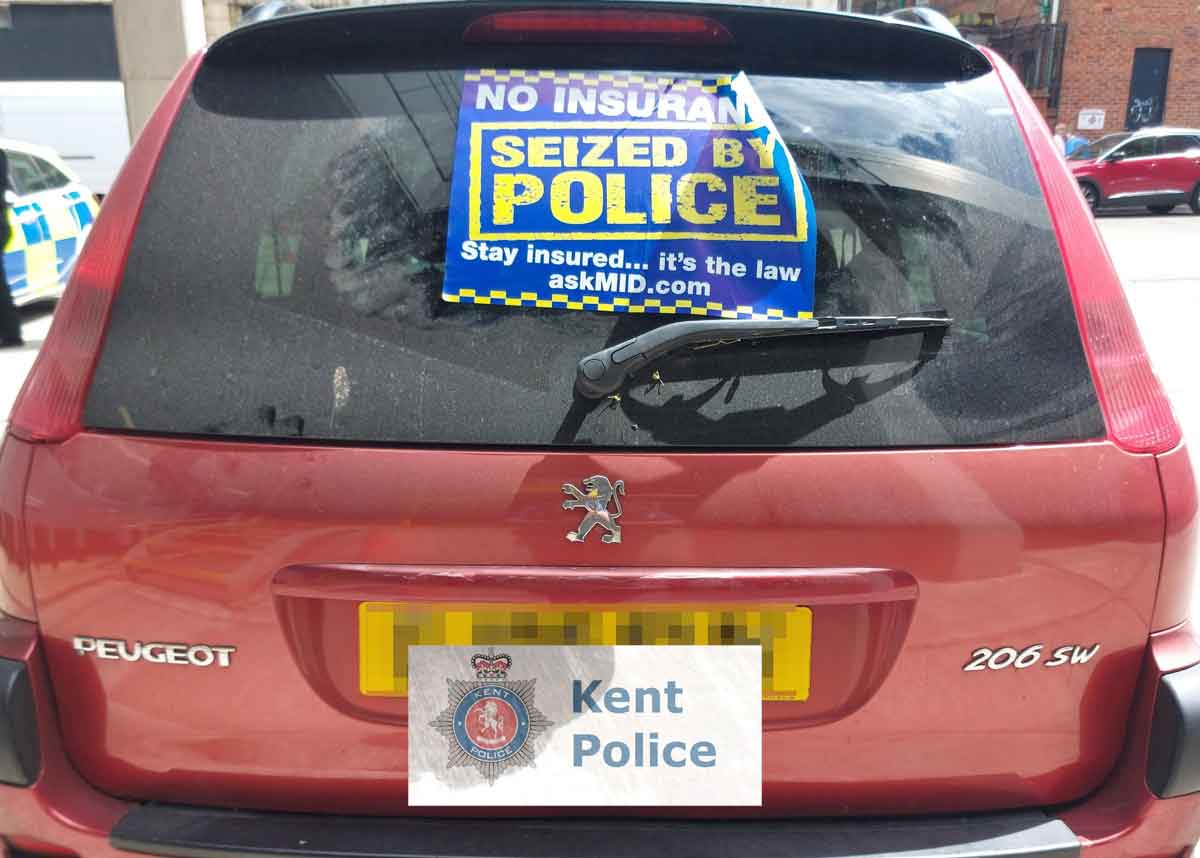 One person was also arrested on suspicion of being unfit to drive through drink or drugs, and 10 vehicles were seized.

The 100 Traffic Offence Reports were issued across three operations run by East Division Special Constables over the last three months, with the most recent taking place in Folkestone on Saturday 28 May 2022.

Special Inspector James Johnston said: ‘Kent Police is committed to reducing the number of deaths and serious injuries that occur on the county’s roads, and we in the Special Constabulary are passionate about supporting our regular colleagues in this important area of our work.

‘Our priority is to take action against drivers who commit the offences we know lead to the most serious collisions – speeding, driving whilst under the influence of drink or drugs, not wearing a seatbelt, and using a mobile phone or other device at the wheel. Whilst tackling these key areas we unfortunately often identify other breaches of the law that also place drivers and other road users at risk.

‘We would like to remind all motorists that they have a responsibility to keep themselves and others safe, and that if they do not drive according to the rules of the road then we will be there to take action against them.’

Kent Police is encouraging people to consider a role in the Special Constabulary during Volunteers’ Week, which runs from 1-7 June and is an annual celebration of the contribution millions of people make across the UK through volunteering.

Special Constables are unpaid volunteers who have the same powers as regular police officers. They are required to give up at least 16 hours of their own time every month to help police their local communities, with many juggling full-time jobs in order to do so.