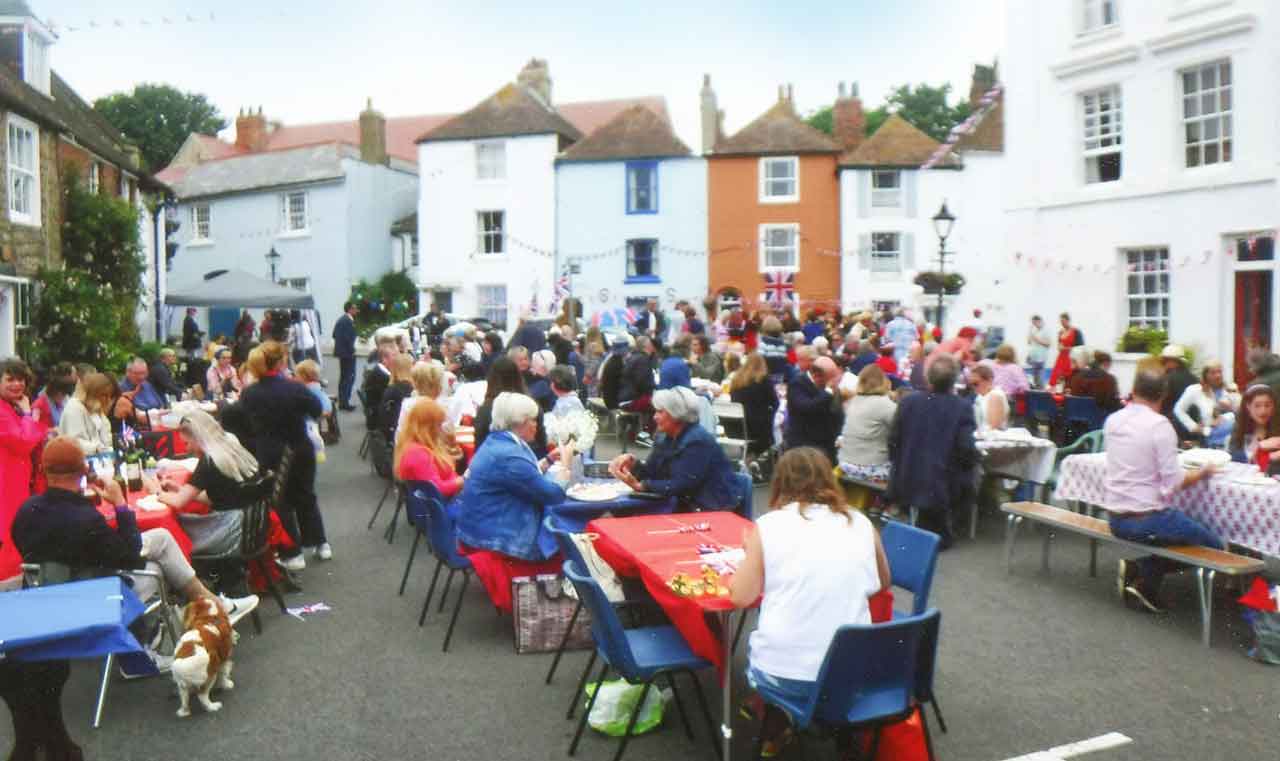 By Ray Duff… Hundreds of residents and visitors came together for Her Majesty the Queen’s 70th Jubilee party at The Bayle on Sunday featuring a variety of entertainment.

The event, which remained predominately dry was organised by The Bayle Residents Association, with the event opened by resident Paul Fox, who lives on the Bayle, acting as the ‘Town Crier’.

The celebration which was attended by the new Mayor of Folkestone Cllr Nicola Keen, the deputy Mayor Cllr Belinda Walker and the Town Sergeant Ian Bishop, featured on the BBC local news as part of its coverage across Kent.

The 15th century British Lion pub was dressed overall, whilst the Fountain pub flew the Jubilee flag from its flagpole.  There was music and dance provided by DJ  Dolly Doowop, with everyone encouraged to join in.  Other events included a prize history quiz.

Many people dressed up in various versions of red, white and blue, or elegant dress; whilst a buffet was provided or people brought their own to share with their families and friends.

The area was also festooned with bunting including the Bayle pond area and many house fronts or gates had the same, alongside flags and flower window box displays to provide a joyous backdrop.