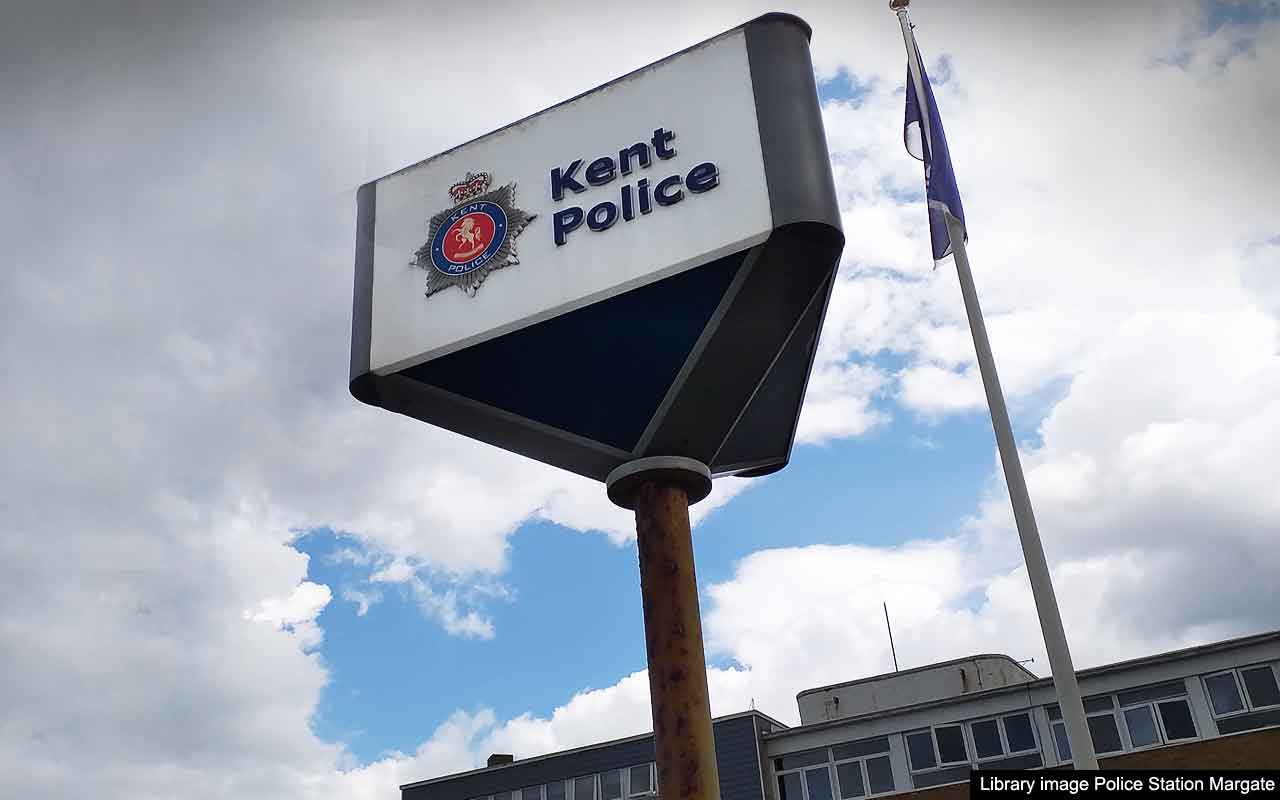 A drug dealer seen using a county line phone while on a train to east Kent was among those jailed following work by Kent Police’s County Lines and Gangs Team last month.

During May 2022, the team made 18 arrests, secured 18 charges, recovered 10 weapons and seized around £35,000 in suspected criminal cash as part of their ongoing work.

Prison terms totalling 17 years were handed down, including a four-year, one-month sentence imposed on Courtney Cann, who was part of the ‘Mikey’ county line which brought drugs from London to Thanet.

Investigators from the County Lines and Gangs Team identified a phone being used by the Mikey line to organise heroin and crack cocaine deals in Margate in January and February 2022.

Officers managed to work out the times the drugs were being brought to Margate and compared that to train times. Further enquiries led to Cann being seen on CCTV on a train, using the phone which had arranged the deals.

He was arrested on Friday 11 March in Margate and charged with being concerned in the supply of heroin and crack cocaine.

The 28-year-old, of Beechfield Road, Catford, south London, admitted the charges and was sentenced at Canterbury Crown Court less than three months later.

The court result was among a number of outcomes secured by the County Lines and Gangs Team’s investigations in May:

• A 26-year-old man, of no fixed address, was charged with being concerned in the supply of crack cocaine and heroin following a separate investigation into the ‘Koby’ line in Medway.

• A 25-year-old was charged with being concerned in supplying crack cocaine and heroin and possessing both drugs with intent to supply following an investigation into the ‘Ritchie’ line in Aylesford and Ramsgate.

• A 42-year-old woman, a 40-year-old woman and a 17-year-old boy were arrested and bailed by officers investigating the operation of the ‘Milo’ line in Ramsgate.

‘For that reason, and to spare users and their families the misery such drugs bring with them, we are determined to disrupt county lines groups at every opportunity and arrest and charge their members.

‘The case of Courtney Cann shows the detailed investigative work that goes into bringing charges against drug dealers with the aim of securing jail terms which take them off the streets of Kent.’