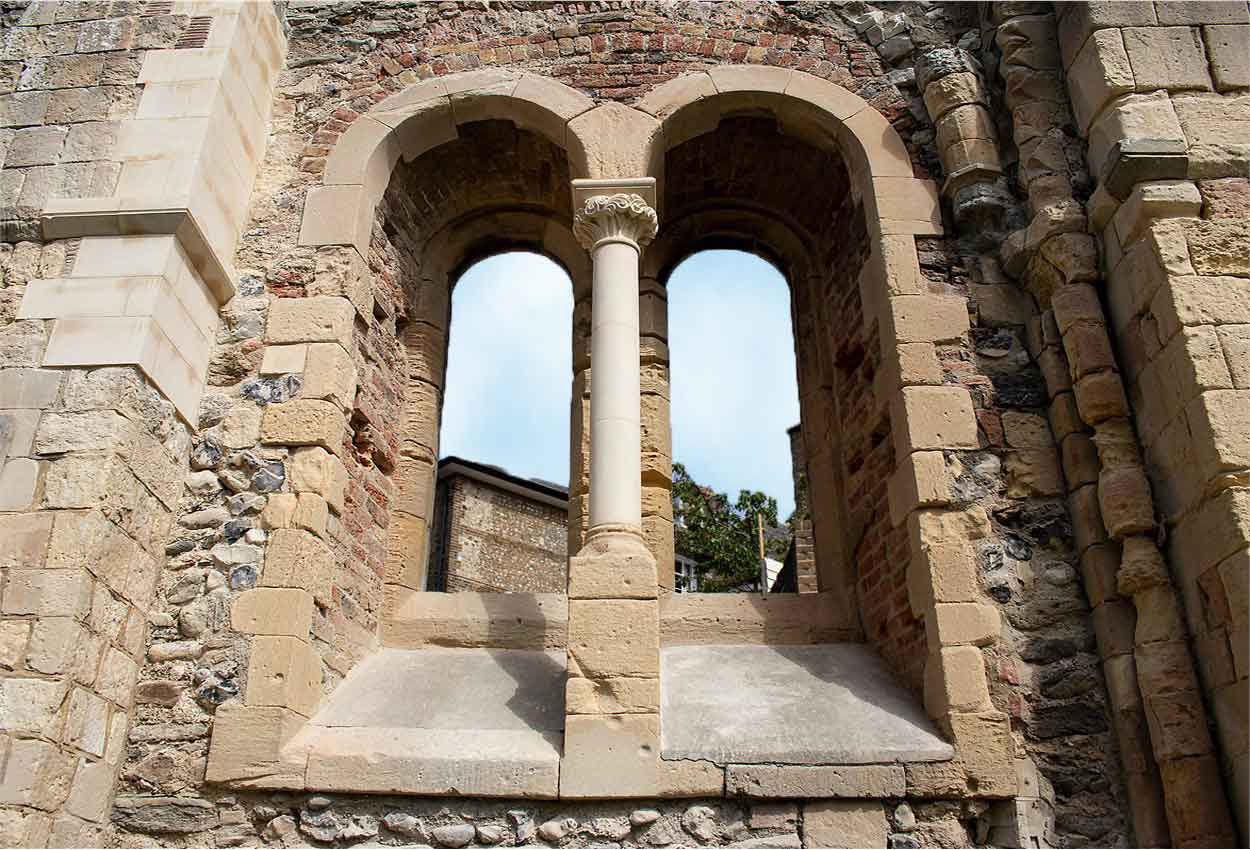 A programme of restoration works by Dover District Council to protect the ruins of the 12th century Parish Church of St. James the Apostle on Castle Hill Road in Dover have been completed, preserving the landmark for future generations.

Extensively bomb damaged in World War II, the ruins of the church were kept as a commemorative monument to the wartime experience of the people of Dover.

Expert stonemasons from contractors, Universal Stone, used Jurassic limestone from Caen in France to repair and replace areas of stonework using traditional techniques and hand-carving. Caen stone was a popular building material with the Normans.

Removed from the Heritage at Risk Register

The site is Grade II Listed and a Scheduled Monument. Following completion of the stabilisation and restoration works, it is hoped that the remains can be removed from the Heritage at Risk Register.

Cllr Oliver Richardson, Portfolio Holder for Corporate Property at Dover District Council, said: “The ruins of the St James Church are significant, both in terms of their ecclesiastical significance, but also to the wartime experience of Dover which became known as ‘Hellfire Corner’ during the Battle of Britain in World War II.”

The restoration works on the remains of St James Church were developed in conjunction with Historic England, conservation architects, Purcell, and Universal Stone.

An exhibition telling the story of the St James area of Dover, including St James Church, is due to open in the town centre this summer. It is being organised by the Canterbury Archaeological Trust who have completed several major archaeological excavations in the area.

Dover District Council is now embarking on its biggest restoration project to date, reawakening the Neo-Gothic splendour of the Grade I Listed Maison Dieu in Dover town centre.