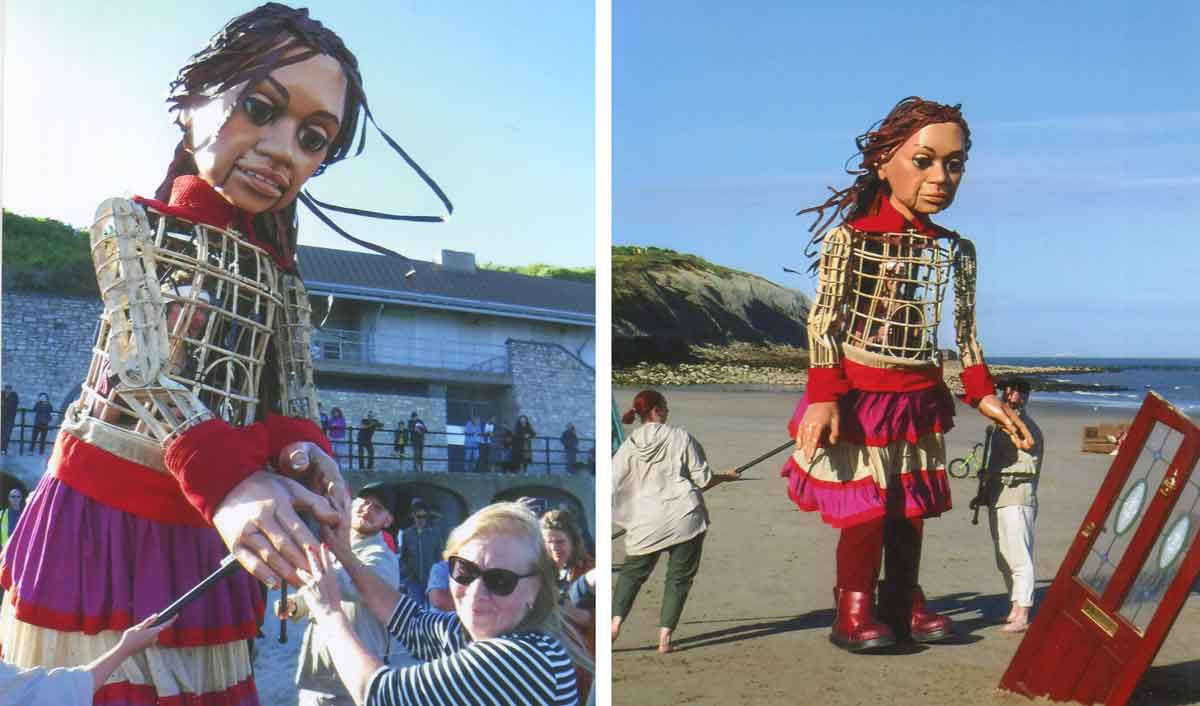 By Ray Duff – Hundreds of people descended on Folkestone’s Sunny Sands beach on Monday evening to welcome the return of the ten-foot-tall puppet known as ‘Little Amal’ which represents a ten-year-old Syrian refugee.

The sands had been strewn with everyday household items by local organisers in conjunction with the team behind the puppet.  It represented both what refugees had left behind and the memories of the homes they had been forced to leave.

The puppet made her return appearance near the end of The Stade, where the puppeteers walked her down to the sands to be warmly greeted by Folkestone Town Mayor Cllr Nicola Keen, Deputy Mayor Cllr Belinda Walker and the crowds gathered on the beach.

Folkestone was the first place the puppet ‘landed’ in Britain on her original journey across Europe in 2021 after starting its journey from the Syrian/Turkish border.

This visit, around a year later, was part of Little Amal exploring her new country, visiting towns and cities across the UK, meeting old friends and making new ones.

During the puppet’s visit, she was walked amid the everyday furniture, alone, to symbolise the distress refugees feel having had to leave their homes.