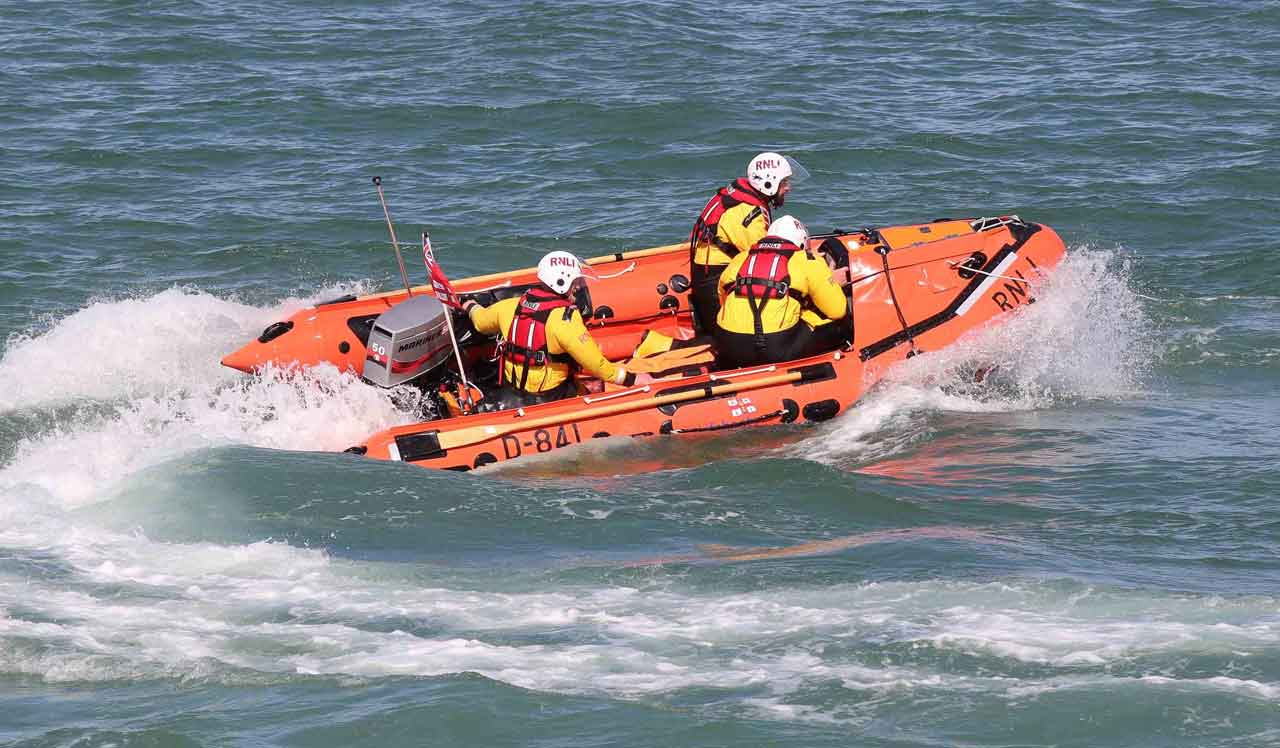 Margate lifeboat station’s busy July has continued into August after the volunteer crew responded to two incidents on Tuesday afternoon.

UK Coastguard was alerted around 3pm (Tuesday 2 August) that two people on a paddleboard were being swept out to sea by strong offshore winds off Joss Bay Broadstairs, and a RNLI lifeguard from Joss Bay was proceeding to assist on a rescue board.

Margate RNLI’s D class inshore lifeboat was called in and once on scene began searching the area, quickly locating the lifeguard with the paddleboard and two male occupants around one and a half miles off Kingsgate Bay.

All three were taken on board the lifeboat along with the paddleboard and rescue board and landed at Kingsgate Bay. The welfare of the two casualties was assessed, both being safe and well.

Shortly after, UK Coastguard called Margate Coastguard Rescue Team to assist following a report that a swimmer had been recovered from the sea by the harbour lighthouse. The lifeboat crew responded with first aid equipment. The swimmer was located by the lifeboat crew and coastguard officers and after an initial assessment was handed into the care of South East Coast Ambulance Service.

Christian Wright, Deputy Launching Authority, Margate RNLI said: “People using small craft often underestimate how quickly they can be blown out to sea with fresh offshore winds and adverse tides. With just their hands or short paddles they will soon be in serious difficulties and fortunately on this occasion their plight was seen from shore. We urge people to only use lifeguarded beaches and seek advice from the lifeguards who will have specialist local knowledge. Being able to summon assistance is also essential and paddleboarders are advised to carry a mobile phone in a waterproof bag – it could save your life.”

Buzz building for return of Port of Dover Regatta